Why Young People are Seeking to Leave Togo in Droves 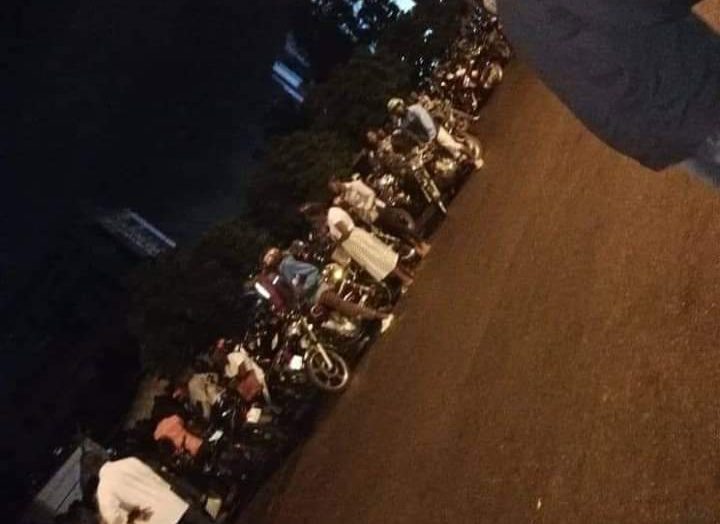 This trend could not go unnoticed, the despair that grabs Togolese youth by the throat day after day is a sad reality. Since the launch of the visa lottery this year, thousands of young people storm the entrance of the immigration department to receive the famous sesame that would allow them to try their luck for the American adventure.

Despite attempts by Togolese authorities and partners to water – down the trend and minimize it, maintaining that immigration and the American dream are not specific to the Togolese people, it is clear that the monarchy in disguise, that is the power in place, does not offer any prospects for young people.

Faure Gnassingbé, who has been running Togo for almost fifteen years, while family has run the country for more than fifty years, has not been able to establish a pragmatic policy that takes into account the needs of young people. Thousands of graduates have been unemployed for ages. The famous social mandate that Faure Gnassingbé dangled to the population has turned out to be an electoral scam.

Some of these young people who dream of leaving did not hide their dismay.

No dream is possible in this country, tomorrow does not look well, we have no future with this regime which offers no solution to our problems.

I just got my Honors, but I fear I’ll become a good-for-nothing if I stay in this country. I want to leave for the United States to at least manage to support my parents. My mother really fought for my schooling, but today she is in poor health and needs my support. No hope is possible in this country.

-Mariam,  another youth trying her luck in the lotery.

Most of the young people interviewed want to leave, convinced that their country has nothing to offer them. If all these young people want to get a Togolese passport, it is not because it is a necessity for every citizen; and the vibrant workforce that Togo needs for its development and reconstruction dreams of winning the United States visa lottery, and hope for a better life.

First, the establishment of the passport costs 30,000 CFA, the equivalent of 46 euros or 51 dollars. Normally, these would-be immigrants would have spent this money for their subsistence.

Times are tough and in Faure Gnassingbé’s Togo, 30,000 CFA is a lot of money, but I prefer to get my passport and try my luck.

For the Togolese opposition, this is only one of the visible aspects of the failure of the authorities. The Togolese party emphasises that “in 2012, GDP growth was 5.9%. Faure Gnassingbé promised to increase it to by 10% at least in 2015. In 2018, GDP even dropped to 4.88%; and growth is not inclusive. “When one looses the confidence of the people, stepping down is the only option”: this is what people say about the disastrous will of the Head of State to indefinitely rule Togo despite the signs of despair and the catastrophic governance, causing despair amongst the population of Togo

Reliable sources say that the immigration department receives an average of 1000 passport application per day since the announcement of the visa lottery.

Day and night, they wait in front of the passport department. Some say you need to arrive there at 3 am if you want to file the application form in the hope of getting a passport after two weeks. This presents a real obstacle course.

Nearly two million nationals already live outside the country. Thousands more are determined to try the immigration adventure in search of a better place.

In other places, any president concerned with the future of the youth would react to this situation, but the president of Togo is addicted to the endless journey and tries to run for a 4th presidential term. Nothing else matters to him. Power over and over again is his motto.

Good luck to the applicants for immigration.