Zambia: The case of an illusive economic recovery formula 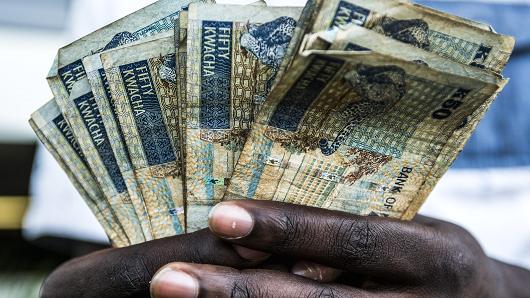 Zambia’s economy was ranked among the ten fastest growing economies in the world and among the first four in Sub Saharan Africa in very recent times. Zambia’s economic growth has now plunged to its lowest point in over a decade now staggering around 3% from a previous average growth rate of 6.9%.

Zambia’s international reserves, have substantially declined from US$3.9 billion in July 2015 to US$2.3 billion at present. The much-needed foreign exchange is flowing out of the country. Zambia is importing far more than it is exporting. Government blames the loss of foreign exchange on existing commitments, particularly those relating to subsidies on fuel that have an external component. The government has since moved swiftly to increase the fuel pump price by a staggering 38% leaving market players in shock and civil society warning that the move will adversely hurt the poor.

Zambia’s new Minister of Finance Felix Mutati recently attempted to outline an economic recovery plan, which fell short of the expectations of many Zambians, economic analysts and commentators. In his own words Minister Mutati said:

“We cannot spend what we do not have. As a start, we are dealing with reallocating subsidies that have been growing and cost us over US$1 billion in 2016 alone. This money can immediately be used in more productive areas and be better targeted towards supporting the poorest households. The removal of subsidies can harm the poor, as they are least able to adjust.  To ensure the poor are better protected, Government will embark on the second pillar that will see an increased budgetary allocation to social protection including addressing the plight of pensioners.”

The opposition Forum for Democracy and Development FDD rejected the so-called home grown economic recovery programme proposed by government arguing that the proposed measures will only lead to a sharp increase in poverty.

FDD spokesperson Antonio Mwanza wondered why a government with no money was creating additional ministries and escalating public expenditure on wasteful and unnecessary areas including the creation of new districts.

The economic challenges Zambia is facing are also reflected in the deterioration of public finances. Zambia has consistently run a budget deficit and spends over half of her budget on personnel emoluments. In 2016 public expenditure has risen significantly while revenues fell short of expectations. The fiscal deficit when unpaid bills or arrears are included is expected to breach 10% of GDP this year.

Zambia has as part of its economic recovery programme increased the pump price for fuel by about 38 percent the highest jump in recent history which is expected to have far reaching implications in terms of the multiplier effect on the economy. The Private Sector Development Association is among economic players who have expressed shock at the development. PSDA Chairperson Yusuf Dodia lamented that his association did not understand the logic behind he huge increment in fuel prices and wondered why the country did not benefit from cheaper fuel when global fuel prices dropped drastically.

Budget credibility remains a big concern for Zambia. Past variations to the budget have been as high as 25%. The minister of finance has acknowledged that this cannot continue given that the discretionary budget is only around 2% of domestic revenues. The Zambian government desperately needs to improve its budget credibility. Better planning, and adherence to expenditure plans and improvement of the quality of Government’s spending.

In addition to an unsustainable public sector wage bill, other key parts of Zambia’s budget deficit include a build-up of arrears related to infrastructure, particularly in the road sector; government expenditures on fuel subsidies; financing of emergency electricity imports to mitigate the impact of the power crisis; and above budget expenditures via the Food Reserve Agency FRA and Farmer Input Support Programme (FISP).

The Zambian government has continued to ignore advice by experts to reform the FRA and withdraw the institution from crop marketing and have it revert to only the management of strategic food reserves. The FISP is another programme that has failed to demonstrate sustainable impact on small scale farmers. Added to these pressures have been rising debt service costs as a result of the depreciation of the Kwacha and higher domestic lending rates. Zambia has contracted the so called euro bond loans that have a very specific period when the principle should be paid and has exorbitant interest rates and service charges on loans. The service costs have escalated due to the depreciation of the kwacha.

Zambia has recorded bumper harvests and analysts argue that weather patterns cannot be attributed to the failings in the economy as claimed by the government. In the southern Africa region only Zambia and Tanzania had a bumper harvest of grain in the 2015-2016 farming season. Zambia has nearly 640, 000 metric tonnes of surplus maize and is struggling to curb illegal exports or smuggling of grain.

Another matter of great concern is that of government policy reversals that have adversely impacted on business planning particularly in the mining sector; and the impact of growing expenditure pressures have exerted pressure on monetary policy whose ability has been reduced. These factors have had a negative effect on the confidence of foreign and domestic investors and the players in the financial markets. Zambia has wasted too much money on money market interventions.

“What is clear, Honourable Members, is that the monetary policy would not have needed to be so tight if the fiscal policy had been less expansionary.  In future we need greater balance and a more integrated and joined approach to our policies so that we can be supportive of the private sector,” Mutati lamented in parliament recently.

In simple terms, the Zambian finance minister was admitting that the Zambian government particularly under the Patriotic Front has been reckless in the management of the country’s financial resources. They have spent money they did not have; they were attempting to maintain the value of the kwacha using diminishing resources and continued to spend way above the country’s capacity to generate revenue.

Whilst some of the shocks Zambia has faced are externally induced and so cannot be controlled, there are areas where more consistent policymaking can play a key role. These imbalances clearly need to be urgently addressed. This is to unlock faster growth and provide the employment opportunities sought across the country. Moving from these imbalances to a more sustainable footing is the focus of Zambia’s recently announced Economic Recovery Programme. In the new thinking proposed, shifting from an expansionary fiscal stance to more sustainable public finances will be cardinal as it will improve the country’s ability to respond to external challenges and provide the much needed jobs and growth on the domestic front.

THE ROLE OF THE IMF

“The Economic Recovery Programme provides Zambian solutions to the challenges we face. We will reach out for support, but any support will be limited to assisting us, in our processes and our policies for economic recovery. This is the reason we are referring to our Economic Recovery Programme as “Zambia Plus”, meaning that all solutions will be determined by us Zambians while external partners will form the plus as we engage them to assist in this Zambian process. This includes the IMF.”Mutati said,

With reference to the IMF role in Zambia’s economic recovery programme, Mutati observed:

“As a member of the IMF we welcome their financial and technical support and we will engage with the visiting IMF team in discussions on how best IMF financing could help strengthen our Economic Recovery Programme. This will be done with all other Cooperating Partners. I wish to mention from the onset that the efficacy of IMF programmes is beyond getting financing, but inducing the confidence and cooperation of external benefactors such as the investor community and cooperating partners regarding the credibility of our economic programmes. The credibility of the IMF as an independent appraiser cannot therefore be over emphasized”

Zambians have a bitter experience with IMF economic recovery prescriptions and this assurance alone will not delete their memories of their loved who died as a result of the structural adjustment programmes in the post privatization era of the 1990s. Some towns on the copper belt such as Luanshya have not yet recovered from this painful dosage. The expectation of many was that Zambia would embrace the look east policy and seek more flexible financial arrangements with China and other emerging Asian countries. The IMF programme is expected to commence in the first quarter of 2017.