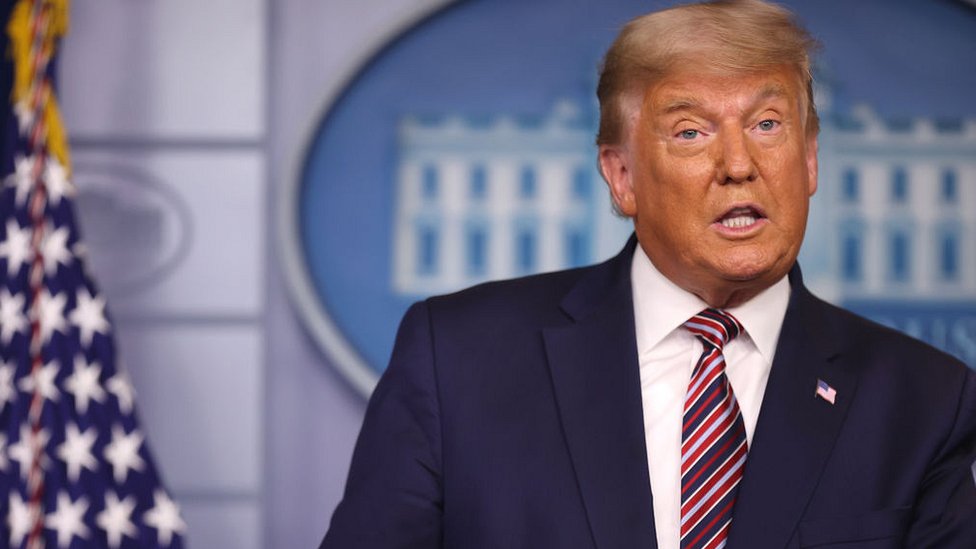 The political stalemate in the United States challenges many of the commonly held notions about democracy in the nuclear-armed, North American nation of more than 330 million people. The incumbent, authoritarian president, Donald Trump, at 74 already one of the oldest leaders in the G-20, is clinging on to power and refusing to accept defeat by the even older opposition leader, Joe Biden.

In advance of the election, Trump built a barricade – a “non-scalable” wall – around the presidential palace, officially known as the White House, in the country’s coastal capital of Washington DC, which only added to concerns that he may not give up power if he lost.

For the watching world, the question is how did it come to this? How could a country that promotes itself as a model democracy across the planet – “the shining city on a hill” – be so bad at conducting elections and containing a rogue president?

Strategically located between two of the world’s largest economies, Mexico and Canada, America is a country of deep contrasts – of breathtaking natural beauty, natural resources and friendly people, but also of ethnic divisions and massive inequality and poverty. It is a country that leads the world in scientific and technological discovery, yet is ruled by a corrupt, rapacious elite and struggles to come to terms with the legacy of its racist and colonial past.

Similarly, while Trump and Biden have much in common – both are wealthy and accused of corruptly exploiting public office to benefit themselves and their family members – they represent very different visions of the oil-rich country, long regarded an island of stability in a troubled region.

Four years ago, frustrated by a political elite that had presided over years of declining fortunes and betrayed hopes, a section of the American society, primarily made up of members of the ethnic white majority living in the vast rural interior of the country, turned to Trump, a political outsider with a hateful message which exploited ethnic divisions, demonised immigrants and refugees and promised a return to a mythical great past.

Yet Trump has achieved the opposite – by wrecking the nation’s traditional alliances and exacerbating its internal divisions, he has weakened the country and lowered its esteem in the eyes of the world. Even the economic successes, the foundation for his re-election campaign, has been blighted by his mishandling of the global pandemic which has so far led to the needless deaths of nearly a quarter of a million of his fellow citizens.

Biden has now been elected by the other half of Americans, a coalition of ethnic minorities and moderate whites, also on a platform of a return to a mythical past, only a more recent one. He has been essentially charged with undoing the chaos of the Trump years and healing the divisions.

However, the idea of a pre-Trump utopia is fiction. The fact is Trump is a symptom, not the cause of America’s problems; he simply exploited what existed long before he appeared on the scene. Fixing the country will take more than replacing him with a member of the ancien régime.

One might say that the problem is both camps are not looking back far enough. As the political unrest that swept the country in the months leading up to the election indicated, the issues plaguing the US date back to its founding as the first English colony, the genocide that accompanied the conquest of the native population, the enslavement that allowed the exploitation of its resources and the discrimination that legitimises to this day gross inequality and allows the few to profit off the labour of the many.

As with other countries struggling with traumatic pasts, the US needs to come to terms with the legacy of that past which continues to poison ethnic relations between its citizens today. Here it could learn from other former colonies, such as South Africa and Kenya, which have experimented with truth and reconciliation commissions.

In addition, the US will need to examine and repair the systemic faults with its democratic arrangements. Although the country likes to think of itself as having escaped the clutches of the colonial monarchy after securing its independence, the truth is just like many former colonies that retained colonial states after securing independence, in the US, the monarchy was reincarnated in the form of its powerful presidency.

Over the last two centuries, Britain’s first-born has continued to increase the power of that office while simultaneously untethering it from constitutional restrictions. Where democracy was once thought of as a way for the people to rule themselves, the country has transformed it into a mechanism for basically appointing a king.

In the mould of their former colonial masters, Americans have come to treat their presidents like greater mortals and saviours, ascribing to them messianic qualities, carving massive monuments to them on mountains and treating their words as pearls of wisdom from on high. Vice President-elect Kamala Harris’s description of Biden in her acceptance speech is in the same vein: “We have elected a president who represents the best in us. A leader the world will respect and our children can look up to. A commander in chief who will respect our troops and keep our country safe.”

It is this path that has led the country inexorably to Donald Trump. To reverse course, the US will need to pursue reform of its system, to reintroduce accountability and to pare back some of the powers of the presidency. Rather than focusing on choosing rulers, it has to encourage the participation of its citizens in the governance of their state.

One hopes that the political impasse and rising tensions in the country will be resolved peacefully since the American people deserve better. However, they must keep in mind that the election of Joe Biden is just the first step on the long road to democracy.