How To Spot Empty Campaign Promises 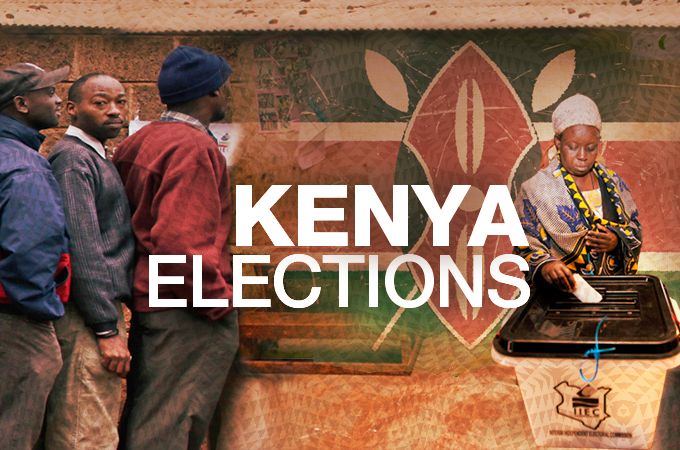 In the coming days, especially as we approach August, we will be inundated with politicians each seeking our endorsement and more importantly our vote. We will be encouraged, harangued and shamed into exercising our democratic right to wake up incredibly early, endure frustratingly long queues in order to mark a bunch of ballots and toss them into a bin.

But what exactly will we be voting for? What should we be looking for in this campaign period? Ideally it should be a choice between competing ideas about how Kenya should be run. However, our politics has not exactly been a crucible where clear thought is forged and many times it is reduced to something of a piñata breaking challenge as we blindly strike out hoping to break loose some promises of “goodies” to come.

To try and infuse some sanity into this charade, and to separate sophistry from sophistication, here’s a short list of six things we should remember when it comes to whacking that piñata.

Plans trump promises and manifestos are not plans
They are little more than public declarations of policies and aims. A manifesto may say -to pick a completely random example- that a political coalition will deliver laptops to every primary school within 100 days of candidates taking office. This is not a plan. A plan would say how said laptops would be procured, how much they would cost, where the money would come from, etc. Basically, a plan would prove that the candidate and his team have thought through what’s in their manifesto.

There are no silver bullets
Anyone who tells you they will pay for their election promises by stopping corruption or recovering previously stolen loot, and cannot tell you how they will stop said corruption or recover said stolen loot, or even how much they expect to raise by stopping corruption of recovering stolen loot within a specific time frame, does not have a plan. Ditto for tales about paying with money to be raised by cancelling waivers of coffee debts and other similarly fanciful and vague policy notions. Demand specifics. Take anything they tell you with a healthy pinch of salt.

Integrity is not enough
Similarly, anyone who tells you to vote for them simply because they have integrity but have no concrete plan for delivering on their visions is hoodwinking you. Integrity is important, but no substitute for thinking. Also remember the lessons of the 2002 election when we voted in the cream of civil society and religious leaders -people with proven records of integrity. It did not take long for them to turn. Integrity does not come with a guarantee.

Everybody has a record we can interrogate
Many Kenyan politicians like to pretend that they represent a clean break for the past. In doing so, they also like to disavow their own past and any responsibility for it. Do not be cheated that just because some candidates have never been MCAs or Senators or Governors or MPs or Presidents, they get a free pass. All their prior actions and statements in previous capacities, whether in public or private spheres, are relevant to assessing their suitability for the offices they are vying for.

The election is not just about what candidates want to do
Elected politicians like to think of themselves as “leaders”, but they are really representatives whose job is not to lord it over you but rather to speak on your behalf. Remember Alexandre Auguste Ledru-Rollin, who during the French Revolution is said to have declared: “There go the people. I must follow them, for I am their leader.” Elections should be about what you want and what matters to you. So, what issues would you like to see the government address? How do you want your taxes put to work? What do you see as priorities for the next administration? Look for candidates who reflect that and who can give you solid plans not wooly promises.

It does not end on election day
There will be much hype about the need to vote and some will even suggest that if you do not vote, you should not complain. Pay them no heed. Voting is just one, and not even the most important, aspect of participation in a democracy. Elections matter most to politicians since that how they get their jobs and access power. What should matter most to the electorate is what the politicians do with that power in the period in-between elections. Your continued participation after the elections, the ability to hold winners to account as well as contribute to and shape the decisions that affect your life and the lives of your family -this is the stuff of democracy. Not merely standing in line and casting a ballot at election time. So, beware any candidate who has at some point suggested that if you were unhappy with the way office-holders behaved or with the policies they implemented, you must wait for the next elections to do anything about it.