How Will Zambians Remember Patriotic Front? 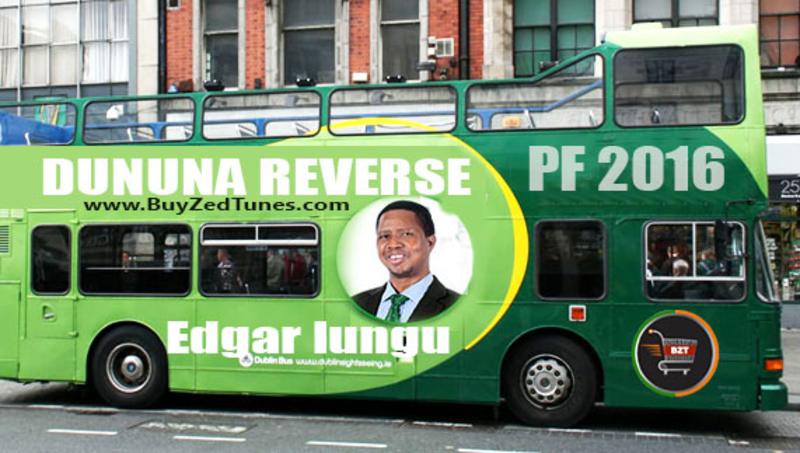 Should the ruling Patriotic Front (PF) succeed to lose tomorrow’s election, what memories will Zambians hold of a party many loved for its pro-poor ideologies and populist political strategy?

In 2011 under the leadership of the late Michael Sata, in polls widely lauded as free and fair, the PF made history on the African continent by unseating a ruling party – a feat so rare in Africa that at the time PF was perhaps the only party to hold that record in the history of democratic governance in sub-Saharan Africa.

Should the PF lose this election, they will be the shortest serving political party in Zambia’s history after doing only one five year term though with two different Presidents. Despite the significant mutation in the complexion of PF from the PF under Michael Sata to the PF under Edgar Lungu, it cannot be denied that the PF has had an impact on Zambia’s political and infrastructure landscape.

Ardent supporters of the PF argue that the PF has delivered on its electoral promises of 2011 pointing to the huge effort the PF government has put on road infrastructure development, construction of education and health facilities and significant upward adjustments of civil servants salaries and emoluments.

After Michael Sata’s demise and election of President Edgar Lungu, this process was revitalized with the release of the draft constitution which was done as part of commemorations of Zambia’s golden jubilee in 2014. President Lungu and his new justice Minister Ngosa Simbyakula developed a new road-map that entailed enactment of the constitution through a piece meal approach of taking the bulk of the constitution that did not need to go to a referendum to parliament and leave articles that required a referendum to be tacked alongside the referendum in 2016 general elections. The enactment of an amended constitution in early 2016 strengthened Zambia’s democratic institutions with the inclusion of key provisions such as the 50+1 clause for a presidential election winner threshold and running-mate clause to stop future presidential by-elections. This is a huge achievement given the failure by successive governments to make meaningful and comprehensive amendments to the constitution.

Should the referendum on the Bill of Rights succeed, PF would have scored yet another critical milestone by expanding the bill of rights to include socio-economic, cultural and environmental rights.

However despite these progressive developments the PF has not fared well in the promotion of a free press and freedom of expression. In the run up to the 2016 general elections, the public media has exhibited high levels of bias towards the ruling party in news coverage and greatly excluded the opposition especially the main contender in this election, the United Party for National Development UPND and its leader Hakainde Hichilema.

There are concerns on the application of the Public Order Act and denial of permits to the opposition to campaign freely coupled with increased levels of political intolerance and violence. Many have accused President Lungu of not been decisive and firm in tackling political violence and restraining his supporters from acts of violence targeted at the opposition.

The Patriotic Front has made strides to empower women and promote their participation in decisions making positions For the first time in the country’s history Zambia has a woman vice president and many women have received appointments to senior positions including to the bench of the High Court and Supreme Court, the Inspector General of Police and many other senior state portfolios.

The PF inherited a growing economy with stable macro-economic fundamentals. This is what gave them space to borrow heavily from overseas money markets for the country’s infrastructure development programme. However the PF has not practiced very prudent fiscal discipline and consistently ran budget deficits and ran down the nation’s strategic reserves. The Zambian economy has also suffered serious shocks and headwinds from international developments that have contributed to the unprecedented rise in inflation and the cost of living coupled with massive job cuts particularly in the mining sector following drops in the price of copper Zambia’s biggest foreign exchange earner on the international market.

In a paper published in November 2015, former Finance Minister under the Movement for Multiparty Democracy MMD Dr. Situmbeko Musokotwane blamed the country;s economic woes on the PF infrastructure programme.

“Even without copper related problems, Zambia would still have faced serious economic and foreign exchange crisis. They should not blame everything on drought and low copper prices. A global economic crisis which resulted in even lower copper prices than they are today occurred also between 2008 and 2009 but things did not deteriorate as they have done this year. Concrete measures then were taken that minimized the negative effects of the crisis”, he said Kalima Nkonde recently wrote:

”When the PF administration came into power in 2011, they found an economy awash with cash reserves and high credit rating which made it easy to borrow on the international capital market. They went on a spending and borrowing binge. To them, all previous administrations were ‘foolish’ not to ‘develop’ Zambia! They forgot that the good economy they found was a result of prudent macroeconomic management by the MMD.

The PF, it appears, had one dimensional approach to economic management and adopted management by wishes as a strategy. They embarked on an ambitious, massive infrastructure programme without thinking about where the money will come from and the effect such a programme will have on the other economic variables! “

Borrowing for the right reasons?

Critics of the PF government argue that the government embarked on infrastructure projects without money. Government had no choice but to excessively borrow from China and the international capital markets. This resulted in increasing the foreign debt from $1.2 billion when the PF took over in September, 2011 to $6.05 billion in July, 2015 which is an increase of 404% in four years! The excessive borrowing both local and foreign has affected the economy as the government needs to find money to service these debts.

In a practical sense from a fiscal position, government will have to cut expenditure especially spending on social sectors such as health and education deliver and cut down or remove subsidies like on electricity and fuel.

A lot of credit would have gone to PF if they had built infrastructure projects with a higher proportion of internal resources especially from mining houses like smart countries like Botswana and Namibia have done. Bringing development through expensive borrowing is not creative as anyone can do it.

If a higher proportion of the borrowed billions of dollars had been invested in the agriculture, tourism and energy sectors, the money would have generated more revenue for future infrastructure developments, created more jobs, generated foreign exchange, diversified the economy in a shorter period of time.

The PF boasts in their campaigns that this election is theirs to win because they will just be pointing at the visible infrastructure they have built across the country. Critics have argued that the PF infrastructure programme particularly on roads has been the most expensive in Africa and comes at a huge cost to Zambians especially future generations.

The ambitious, massive infrastructure programme especially the roads, have contributed to the huge budget deficit. According to civil engineering experts, a 1km tar mark road’s cost can range from $1.2m to $2million dollars depending on the terrain and specification in terms of quality (K13.2 million – K22million per Km). It means that to construct a 500Km road; the cost could be as high as $1billion (K11billion)! Owing to the huge costs involved in road construction projects, there is no doubt that it has been a major contributing factor to the huge budget deficit. Zambian roads are said to cost more than similar roads elsewhere due to corruption and cost overruns as the Road Development Agency (RDA) Report to President Lungu, quoted by the Post newspaper in 2015 noted.

“Owing to the urgency with which government wanted to commence the works, Phase1 of the Link Zambia 8000 Programme had commenced on a design and build basis. This implied that detailed designs were not in place by the time of tendering. The accelerated method of road construction works exposed the Agency to high risks of cost escalations due to the fact that the real scope, cost and time frame of the projects were unknown. In the absence of adequate project preparation at the planning and design stage and stringent fiscal discipline during project implementation, cost escalation on road projects are bound to increase further,” the RDA report explained.

The PF has achieved a lot in a short period of time but has also made significant mistakes some of which it has attempted to correct. The chances of a re-election largely depend on the feeling of Zambians as to whether the PF has delivered on the economy and on good governance and democratic tolerance. Tribal and ethnic balancing is another important factor given the regional voting that characterizes Zambian elections.