In Defence of Zimbabwe’s Rural Voter 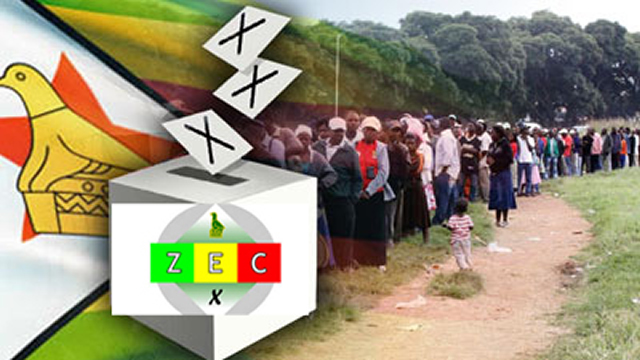 When the Zimbabwe Electoral Commission (ZEC) started announcing the 2018 election results there was a lot of urban/social media anger at rural voters.  The numbers that were being announced were indicating that the ruling Zanu Pf party was winning parliamentary constituencies with comparatively wide margins.

Some social media celebrities were quick to express their disdain for the majority rural voters for not having chosen opposition parliamentary candidates at the ballot.  And in this, also probably voting the ruling party’s presidential candidate, Emerson Mnangagwa.  Even though the results of the same are still to be officially announced.

There are many assumptions that inform this derogative attitude toward the rural voter.  The first being a wrong assumption of better political enlightenment based on living closer to or in the ‘bright lights’. Where information is quickly received and imparted and knowledge of the finer details of what happens at the centre of state power is highly valued or acted upon.

In comparison rural areas are considered, as in the colonial past, the remote backwaters where the ‘natives’ reside.  And where these same said ‘natives’ can only be ‘taught’ civilisation, commerce and of course Christianity.

But it gets even more complicated.  The legacy of colonialism also means that the urban centre is not just emblematic of enlightenment but also material support. The latter being why some social media users were vowing to stop sending money to their rural area based parents and relatives.

Or why some other comrades were angrily/ satirically posting on social media platforms that Zimbabwe should have two governments.  One for the ‘cities’ and one for the rural areas (‘native reserves’).

Well it doesn’t work like that. It is important to remind ourselves that regardless of geographical location, we are all Zimbabwean.  And therefore we are all endowed with the same constitutional rights.  Whether we are in rural Mahuwe or urban Dzivaresekwa.

That our rural voters have suffered greater levels of political violence since the liberation struggle through to the turn of the millennium is an important factor to consider. But it is not enough to dismiss their essential right to vote contrary to the opposition expectations.  I say this with an appreciation of the culture of political violence and fear that has for long informed political actions in these remote areas.  In this 2018 election however which have been a bit more liberal across the board, save for with the state broadcaster, reports of violence and intimidation are infrequent.

While this fact does not cancel out a probable culture of fear in these elections, it is also apparent that there has been no evident ‘margin of terror’ as of old.  And this is an important point to make.  Just as you would find passionate Zanu Pf or MDC supporters in urban settings you are surely to find the same in rural areas.  The question becomes which of these two political parties is more organised and present within these geographical locations.

So when we joke about Uzumba Maramba Pfungwe, we would do well to remember that for whatever reasons that our fellow citizens consistently vote for Zanu PF, it is their choice to do so.  In fact it is a result that we have generally always expected.

What is however more worrying is the fact that across the urban and rural divide, there has been a culture of materialism over and about elections.  The distribution of material goods in return for political support is inimical to establishing a truly democratic political culture in both urban and rural areas.  Furthermore assumptions that personalities matter more than the political party or organisation or its internal democratic processes create a culture of ephemeral celebrity as opposed to organic politics.

But as always the electoral disputes around the rural voter will be about the numbers.  And its understandable.  This is because the same voter has generally been taken for granted by all of the political parties.  Largely because of assumptions of remoteness from the center but also because of his/her assumed conservatism or even ‘backwardness’.  They are however the statistical majority of voters. And a greater number of them are women. Any national political party contesting for national elected seats would do well to take them extremely seriously.  Or at least with equal priority to urban voters. Next time.

We would also do well to begin to bridge the assumptions of a superior citizenship because one lives where the lights are brighter.  Beyond elections and electoral campaigns.  Where we retain it, we are retaining ‘coloniality’ and failing to see beyond its intentions at an historical division of our people.