Home » Elections » Rethinking the Opposition and the Civil Society in Zimbabwe

Rethinking the Opposition and the Civil Society in Zimbabwe 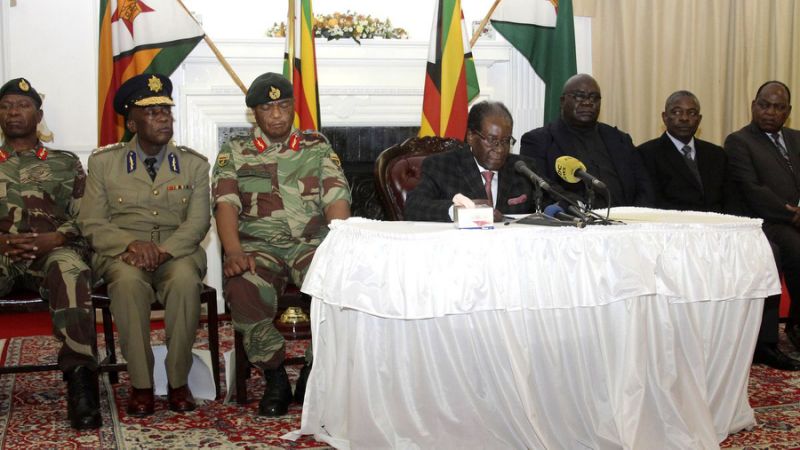 The 15 November 2017 military coup in Zimbabwe marked the end of Mugabe’s 37-year stranglehold on power, as the balance of forces shifted in the ruling ZANU PF party which was being hounded by a succession battle over the past two decades. The talk of succession was treacherous, ambition was sacred, it was taboo to express one’s ambition in ZANU PF and everyone who dared was either expelled or demoted, history is awash with many examples. President Mugabe’s dream was always to be the life president of ZANU PF and the country at large, but that dream did not become a reality as he was forced to exit the corridors of power by the Zimbabwe army generals in a classical coup.

While the succession question in ZANU PF seems to have been solved the main opposition, MDC-T remains in a quandary with the succession ghost haunting the 17-year-old party, which is struggling to reform and reassert itself.  For 17 years, since its inception in 1999, the party has had one leader in the mould of Morgan Tsvangirai. At its inception, the MDC’s main slogan was ‘Mugabe must go’ a popular slogan which became the hallmark of the party’s campaign message. It was a slogan premised on the fact that Mugabe had stayed too long in power a move which was against the letter and spirit of a democratic model that emphasizes that leaders should be succeeded.

Morgan Tsvangirai has long been accused of being a ‘clone’ of Mugabe in the sense that he continues to hold onto his party’s presidency, suppressing ambition and above all the succession debate in the MDC. Tsvangirai’s leadership style has been characterized by allegations of stifling internal democracy, dictatorial tendencies that have resulted in the party splitting twice since its formation. Funny, the MDC and its leader accused Mugabe of staying in power for too long whereas they are guilty of the same. It’s a classic case of seeing a speck of sawdust in your brother’s eye and pay no attention to the plank in your eye?  Consequently, that has left the party weaker with less fortune in the future even after the fall of Mugabe on the political scene.

As the coup was unfolding, it was abundantly clear that ZANU PF was now dealing with its succession, their agenda was clear right from Chiwenga’s November 13 press conference. In the midst of the confusion, the opposition parties in Zimbabwe were caught with their pants down. Without a clear agenda of their own, they joined the ZANU PF agenda, participating in a march that literally endorsed the illegal ouster of President Mugabe from power.  The opposition leadership was clandestinely pushing for some sort of transitional government that would suspend elections next year until ‘adequate reforms’ are achieved. The endorsement of the ‘coup’ by Tsvangirai raised these eyebrows at the same time other leading opposition figures like Eddie Cross who supported the ‘coup’ at least temporarily. This was in itself a veiled attempt to be included at the dinner table but it was all in vain. Never mind the denials now by the MDC after Mutsvangwa let the cat out of the bag as he boldly claimed that Tsvangirai was negotiating for inclusion.

In the wake of renewed ZANU PF, it is in our view that there is now a greater need for the opposition and civil society to rethink strategies if ever they want to remain relevant in the national body politics. It seems for now that the focus is on the elections, with the opposition and civil society mounting some ‘serious’ voter registration mobilization campaigns mostly in the towns with little of that effort being directed to the rural areas. From my snap survey in the Mashonaland Central area, voter registration is still being manipulated to frustrate ‘First Time Voters’ and the sabhuku’s (Headmen) are alleged to be recording serial numbers of those registered in their villages threatening that they will know where and whom they would have voted for. Most elderly folk in the rural areas are being told that the electronic photos taken when they register will reveal who they voted for.  Some village headmen are refusing to give villagers farming inputs such as seed maize if the villagers do not reveal their voter registration serial numbers.

The long disenfranchised aliens who have since been allowed to vote, provided they produce an unabridged birth certificate, will probably not be able to cast their vote as most of them are finding it hard to get the ‘long’ birth certificate. It’s costly and only issued at Makombe building in Harare. Above all, there are also some reports that soldiers who are harassing people by doing stop and search, asking people to show them their serial numbers. And in my view, such ingredients will not bring about a free and fair election.

That is probably the reason why ZANU PF is not talking much about voter registration but rather they are expressing confidence that they will romp to victory in the coming elections. It is disconcerting, that in light of all this the opposition seems rather quiet and we wonder why they are not raising any alarms.

The opposition and the civil society have to be very much strategic and probably revisit the Peoples Charter as it lays bare the aspirations of the people. At the moment they have been reduced to reactionaries occupying the ‘radical’ space. Mass movements cannot be built or led by reactionaries who are detached from the realities on the ground. There is also a section of disgruntled Zimbabweans, especially the ‘intellectual’ class who posit the argument that Zimbabwe’s political quandary can be solved by the formation of a new political party. In this group, it contains those who are disgruntled by the ineptness of the MDC leadership or either they are disgruntled for failing to get positions.

Firstly, I argue here that the only way a movement can be formed is only if it is based on people’s daily struggles, not on the basis of massaging inflated egos of self-proclaimed leaders who feel that they have some sort of entitlement based on some past high school Headboy fantasies. Secondly, they need to be embedded in the actual processes of those struggles and not the other way round. Thirdly, they need to organise it as a platform of some sort coalescing around concrete issues and a clear ideological framework. Fourthly, that sort of movement would need four to five years of building it as a platform before becoming a political party. Therefore it is too late for that kind of movement to be formed in time for next year’s election. The onus is upon the opposition to revisit the people’s charter and as tools of analysis to solve the political puzzle and chatting a way forward for Zimbabwe.

Beyond the politics of electoralism and election cycles

As we brace for those elections which would be held with no reforms to talk about it is prudent to remind the opposition and the civil society that elections are not won by movements that campaign for elections.  Winning elections is a consequence of an entirely different aspect altogether, it requires to always being with the people’s struggles whether for land or education; whether for political rights or liberties; whether for jobs or for clean water; whether for housing or against state violence.

In simple terms, if you are with the people they already know your manifesto for change because it’s already a daily reality of their lives. So you don’t ‘go to the people if you have been part and parcel of their daily struggles and not on the eve of an election. You are with them already. It is the same if we look back to 1999, the working class identified with Morgan Tsvangirai and the ZCTU. The students knew ZINASU. The same with the women’s movement they knew their leaders and activists so did the landless farmers and homeless. Social power and political power is manufactured in the daily grind of the struggle and it might have to be a simple struggle based on class analysis, class solidarity and class political action. Everything else is hot air including suddenly popping up with tonnes of Biometric Voter Registration blank affidavits.