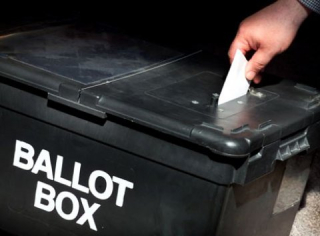 It began with Zimbabwe’s deputy President Chiwenga holding two surprising campaign meetings.  One with what was called the ‘Indian’ community.  Another with what was referred to as the ‘Coloured community’.  The current Zanu Pf leader and president of the country, Emerson Mnagangwa,  then also recently  held what was dubbed an ‘interface meeting’ with Zimbabweans who are white.

All three meetings are historically unprecedented.  Not only for their campaign tone but also because historically the ruling Zanu Pf party is not publicly known to embrace ‘race’ as a positive aspect of its electoral campaigns.  In fact it has persistently sought to treat Zimbabwean minority races as either the enemy or as electorally unimportant.

More specifically it has treated white Zimbabweans as an historical enemy. This as informed not only by the liberation struggle but also assumptions of the latter’s role in the formation and funding of the mainstream (original) Movement for Democratic Change (MDC).  This accusation and perception was however not levelled at either the Indian or coloured communities.

So to see Mnangagwa  openly addressing a campaign ‘rally’ with a majority of white attendees was surprising.  And I am certain for many a Zanu Pf supporter, shocking to say the least.  The latter are probably used to slogans that denigrate and threaten violence against white Zimbabweans.  And also a violence that was meted out against white commercial farmers during Zanu Pf’s Fast Track Land Reform Programme (FTLRP).

The intended effect of such race themed campaign meetings, at least according to ruling party functionaries, is to demonstrate the genuine intentions of the ‘new dispensation’ as led by Mnangagwa.  Also to be seen as a his own version of Mugabe’s ‘reconciliation’ speech during the national independence ceremony in 1980.  But its all fair enough, if the racial communities choose to attend such meetings and if Zanu Pf in its electoral campaign mode courts them in such ways.  There should be no quarrels with that.

What is important is to analyse these developments in furtherance of democratic values as opposed to electoral opportunism.

To begin with, race is always going to be a factor in Zimbabwean politics.  Largely as a result of the legacy of settler colonialism and the liberation struggle.  A legacy which is not just about the colour of one’s skin but also the post independence political economy apparatus that continued to sustain such legacies.  From rural and urban plans through to privilege and inherited wealth that continued to leave nasty aftertastes of racialized and politicized privilege in post independent Zimbabwe.

This meant that whenever it could (and still can), the ruling Zanu Pf party would still play the race card to mobilise national sentiment and in a greater number of cases justify acts of exclusion and politically motivated violence against opposition MDC supporters.  A virulent narrative and strategy that has been with us since at least 2000 after the first constitutional referendum that the ruling party lost before launching its FTLRP.

The gesture by Mnangagwa and his party should therefore be viewed with a necessary historically informed cynicism.  Even if it appears to be a good electoral gesture of moving the country forward to some sort of better racial tolerance and recognition.

What it does do, in political reality, is it gives Mnangagwa an aura of inclusivity that his predecessor Mugabe probably never had. It also however places him in a fix with regard to his own political party’s internal political culture of racial exclusion and racialized expectations of what would be ‘revolutionary leadership’.  That is to say, racial inclusion and Zanu Pf radical nationalism have never been comfortable bedfellows.

Furthermore, the aura (both perceived and real) of white privilege remains eched in the psyche of many a Zimbabwean.  Hence even the term ‘murungu wangu’ (my white person)  attributed to a black person of privilege or a boss. Or the (black) admiration and pursuit  of living ‘white’ lifestyles in what are described as urban  ‘leafy suburbs’ or expansive farms in rural Zimbabwe.

Where electoral candidates such as Mnangagwa seek to court white, Indian or ‘mixed race’ communities for political support, it is both political and historical in its import.  And it is always reflected upon politically by those that perceive themselves to be the majority. Especially  by way of race and struggle.  What is required is a better template that speaks beyond elections to build a much more democratic culture of tolerance, recognition and organic acceptance of equality.   Beyond race, ethnocentrism and gender.