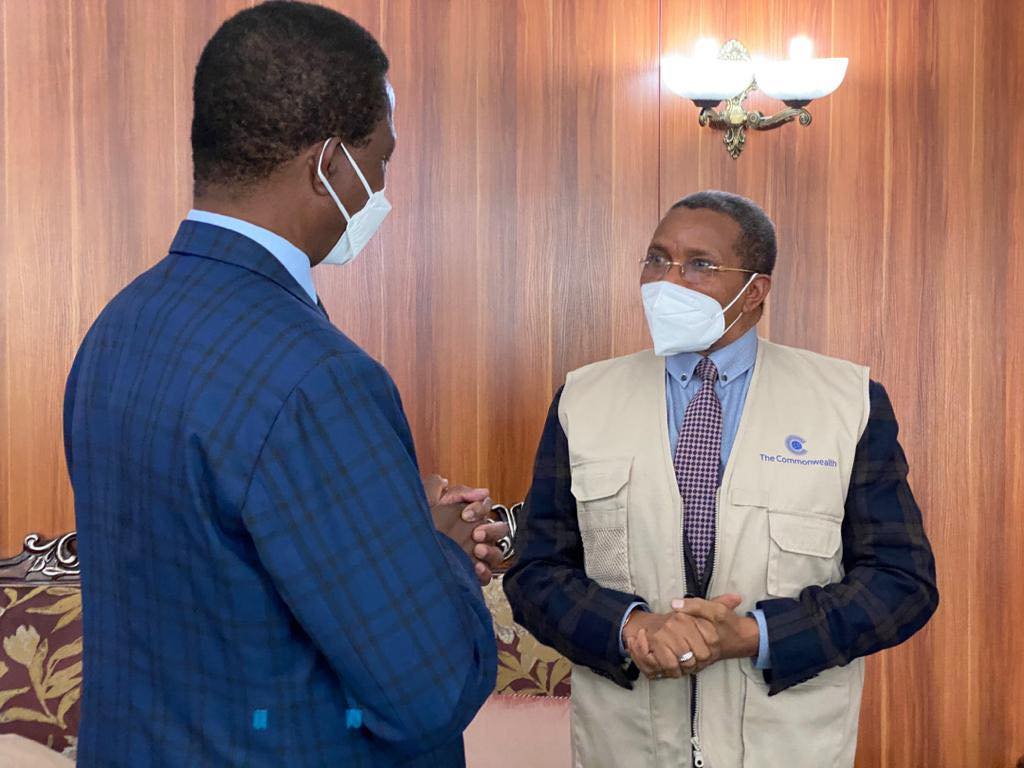 RESULTS trickling in indicate that Zambia’s ruling party Patriotic Front is on its way out as Zambians voted en masse in favour of the opposition United Party for National Development (UPND). The ruling Patriotic Front has lost many key strategic parliamentary seats across the country as the UPND consolidates its lead.

Out of results from 62 out of the 156 constituencies declared end day Saturday 14th August 2021 UPND leader Hakainde Hichilema had polled 1,024,212 with his closet rival President Edgar Lungu polling 562,523. This puts Hakainde with a lead margin of 461,589 votes. Live presidential results can be accessed here.

President Edgar Lungu says the elections are a nullity as they were not free and fair. He said his party, the Patriotic Front, was consulting on the next course of action concerning the general election held on Thursday 12th of August, 2021. He complains that the general election in Southern, North-Western and Western Provinces was characterised by violence, rendering the whole exercise a nullity.

In a sharp reaction, son of the son of Zambia’s founding father Dr Kenneth Kaunda Col Panji Kaunda said “if there is any civility left in Lungu, he should not think of doing anything mischievous in his next course of action. President Lungu is a competitor who did not have any power to stop the electoral process.”

Col Panji said this was the same President and his party who told the opposition to wait for the announcement of results in 2016 and then take their matters to court. He said he should follow his own example by allowing the process to move on and then take the matter to court once the results announcement had been finalized by ECZ.

“I don’t know what he is thinking. Let us see what he will do and then the people will decide because the people have clearly spoken,” said Col Panji to Daily Revelation.

The president said Patriotic Front polling agents were brutalised and chased from polling stations, a situation that left the ruling party’s votes unprotected in the three provinces. The president also cites the killing of Patriotic Front North Western Province Chairman Jackson Kungo, during voting and Samuel Chihili, shortly before the voting, as criminal acts that rendered the general election not free and fair.

The Law Association of Zambia expressed shock at the president’s claims reminding him and the ruling party that only the courts of law had powers to nullify election results.

“Suggestions that the Electoral Commission of Zambia can be ordered to stop announcing election results and declaring a winner on account of one party being unhappy, whether or not the complaint is justified, are not in tandem with the law governing elections. LAZ, therefore, reiterates its call on political players, including His Excellency the Republican President, who is also bound by the Constitutional provisions according to Article 1(3) thereof, to give ECZ a chance to discharge its mandate without fear or intimidation. The electoral process must be protected in order for the election to be legitimate.” LAZ president Abyudi James Shonga said.

The European Union Chief Election Observer Maria Arena said in a statement that the election was marred with unequal campaign conditions, restrictions on freedom of assembly and movement and abuse of incumbency.

“The 2021 general elections took place against a background of deepening political polarisation. Throughout the campaign, there were widespread concerns of the potential escalation of violence. Despite COVID-19 challenges, the electoral process was technically well-managed. Arbitrary and selective application of the law hampered opposition candidates from competing under equal conditions and restricted freedoms of assembly and movement. The ruling party extensively used state resources, and its campaign was largely exempted from restrictions. The traditional and online media campaign was highly monetised, with the ruling party monopolising the prime-time on state and private media. Disinformation and tribalism pervaded online debate to the detriment of voters.”

Access to the internet was restored after Chapter One Foundation a human rights defence organisation sought a court order against the state.

GEARS Initiative and Centre for Policy Dialogue have accused the ECZ of taking a non-consultative stance on the management of election results and urged the commission to take voting results verification seriously and not as a cosmetic exercise to avert electoral results disputes as was seen at the commencement of announcement of results. The UPND raised concerns with the misallocation of some of their presidential votes and claimed that as at close of day August 14 announced results nearly 10, 000 were not reflected in their favour.

GEARS deployed the largest number of monitors in Zambia with over 10, 500 across the country and refuted President Lungu’s claims that his party agents were chased from polling stations in Southern, Western and Northwestern Provinces dismissing the claims as false. Civil society also warned the ECZ against criminalising celebrations as those who had won had the right to publicly celebrate.

The next set of election results are expected at midday Sunday 15th August 2021 and going by ECZ timelines the final results should be ready before midnight.