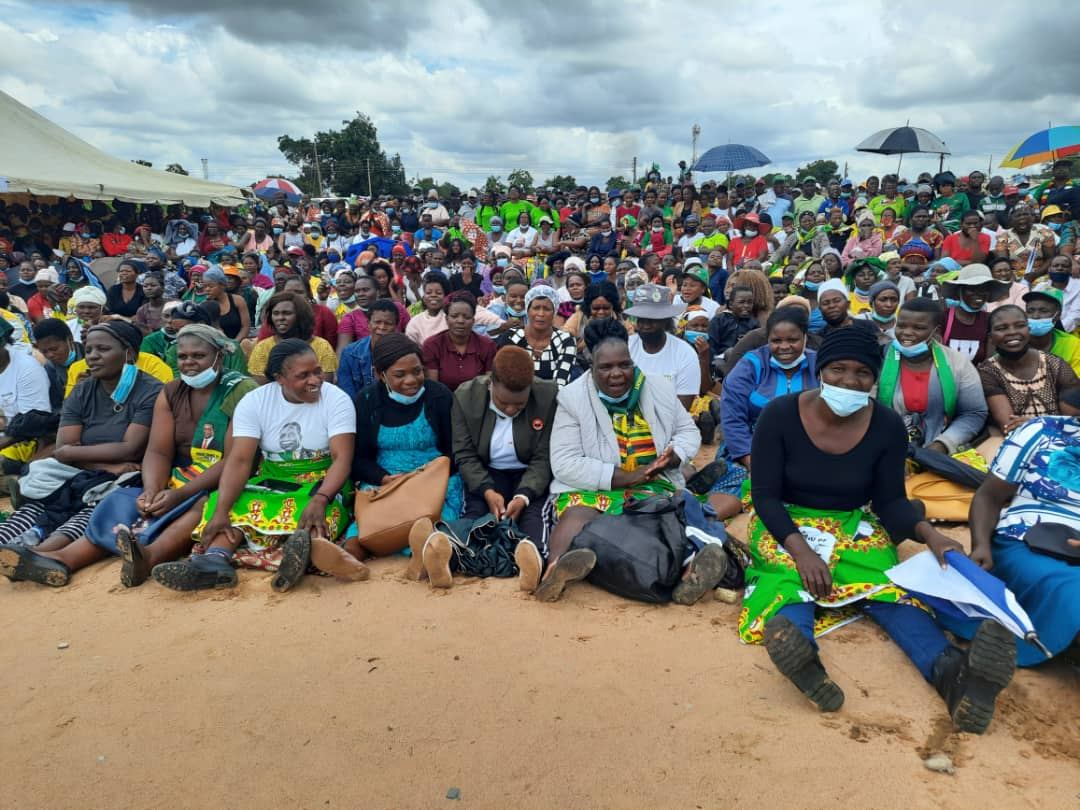 About a month from now on March 26, Zimbabweans go back to the polls for the first time since the 2018 general elections. Elections had been suspended due to the Covid-19 pandemic, despite that, as many as 134 elected positions are vacant due to death or recalls that were fuelled by feuds between the opposition.

President Emmerson Mnangagwa has for the past two years refused to sanction the holding of by-elections under the guise of the Covid-19 pandemic, however, this argument is not plausible as other countries in the SADC region held elections.

Among the countries that held elections in the middle of the pandemic are Malawi and Zambia which held general elections while South Africa last November held national local government elections smoothly.

Mnangagwa did not see the absurdity of not holding elections despite that the Zimbabwean constitution and the Electoral Act are very clear that vacancies should be filled within 90 days of them arising either in parliament or local councils.

The president was not even deterred even by threats of litigation from civil society for him to uphold the constitution and have citizens choose their representatives.

Mnangagwa’s position was helped by the turmoil and confusion within the opposition. The main opposition, MDC, in its various forms was bleeding themselves in court cases over the legitimacy or busy recalling elected representatives who were not in their factions.

On the other hand, a motley of other small opposition parties that joined Mnangagwa’s Political Actors Dialogue (Polad) was getting cosy from the meetings at Statehouse and enjoying the largesse handed out like all-wheel-drive vehicles to be interested in calling for an election.

The situation was not made any better by the Zanu PF internal fights that reared their ugly head last December during the party’s provincial election. There were many allegations of vote-rigging, violence and maladministration of the internal polls. Mnangagwa was forced to fire his State security minister Owen Ncube and two-party directors for interfering or manipulating the polls.

These developments further widened the cold war in the party, where speculation is high that Mnangagwa’s deputy and former military general, Constantino Chiwenga, is plotting to put his hat in the ring at the party December congress to be the official presidential candidate in 2023 general elections.

It is therefore a persuasive argument that Mnangagwa might be using the by-elections as a means to mend a rift in Zanu PF, strengthen his hand and show his party that he is a good candidate to seek re-election if he leads the party to beat the opposition in the polls.

Secondly, Mnangagwa may have been influenced by the feeling that the opposition has bled enough and therefore has no energy to fight and win an election in their divided form. If this may be true, a trouncing of the opposition will leave it in sixes and sevens ahead of the June 2023 general elections.

Thirdly, Mnangagwa has reasoned that his nemesis Nelson Chamisa is in a very weak position after having launched a new party last month. He reckons the party has no national structures, secure funding for the polls and is still a nascent political brand and therefore a loss will bruise its ego ahead of next year’s general election.

Fourth and lastly, the by-elections will be used by the opposition to gain bragging rights of who is the real opposition after their split. It is conceivable that the opposition will spend more time attacking each other than thrashing Zanu PF failures. This has the added advantage that it will take time for the opposition to heal to work together ahead of next year’s general election, leaving Mnangagwa only to fight his internal Zanu PF battles without looking over the shoulder for the opposition.

Zimbabweans are therefore being subjected to a dry run of 2023 general elections where the opposition will be fragmented, ineffectual against an incumbent who would have a stranglehold on his party.

Without any major political shocks, Mnangagwa seems to be winning and the opposition is waning to the extent that it may acquiesce to Zanu PF dictates after 2023 general elections and redefine the Zimbabwean political terrain for a long time, if not immortalising Zanu PF rule.

The by-elections will also reveal the true state of the opposition and how much work it has to do if it has to form a government any time in the near future. Or alternatively, it will accept that it can only win in a few urban areas and try to effectively run urban local authorities as it strategises to become a truly national party, with support also in the rural areas.

For now, it’s clear the by-elections is only a test wanted by political players for different reasons without not having a significant developmental narrative for the citizens, except bragging rights and occupation of the seat of power.