Experts, stop pretending and really share knowledge with the masses! 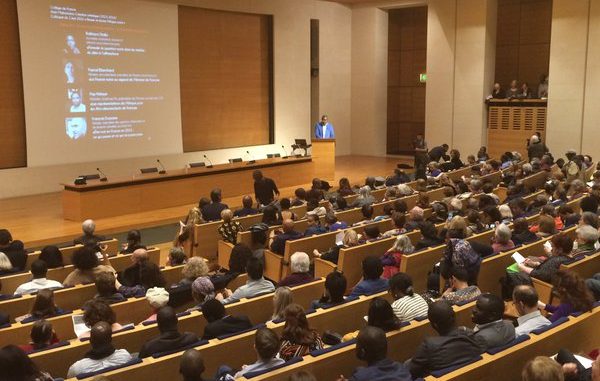 Expert. Though the word is overused, I believe in the work of real experts and its usefulness to society. Without them, scientific breakthroughs would have never happened and illness like appendicitis would still be considered sorcery. Thanks to their work, the majority sees their living standards and well-being drastically improve. Except that what is considered majority here is those who are visible enough to testify on the benefits of breakthroughs in their life.

I went to several events lately gathering experts from various domains for them to talk about the impact of their work on populations or how to improve their methods for populations to be well in every way. The gatherings were also about informing the masses and share best practices with them for the scientific work to be effective at every level.

The only problem is populations were nowhere to be seen during the events.

Experts fly from wherever they are from and meet into five star hotels, reserve a conference room there and chat between them for days, informing one another about what they already know in terms of practices, advising each other on what to do to better one’s life. They auto-congratulate themselves or congratulate their peers present in the room, call each other Doctor or Professor, and pretend during the panels and presentations to be talking to the masses, informing those in need, then clap at each other for brilliantly telling for 15 minutes what everyone in the room already knows.

For events more open to the masses, one or two representatives of civil society or associations are invited, as well as the press and some “influencers”. The role of each is clearly defined: the representatives of the masses are here for decoration, the press will sum up countless hours of talks in 500 words in a newspaper only the “majority” defined above has access to and the “influencers” are there to live-tweet the event for a broader reach on the internet. Only.

The problem here is representatives of the masses are not the masses. Their reach is often limited to the members of their associations. Most of the time they do not get half of the talks since the language is not accessible (either to them or to the press) and when they dare asking to speak, they end up feeling more frustrated because they are implicitly mocked for their lack of knowledge or bluntly criticized for taking too much time, what means less time for experts to speak.

The press is often clearly not interested in what is happening and ends up dedicating a third of a page in newspapers to the event with a big picture of the responsible Minister or its representative during the opening speech. “Influencers” are picked regardless of their audience, and sometimes tweets related to health are lost in timelines of followers interested in marketing or sports.

To sum it up, the way expert conferences and panels are currently handled promotes the non-democratization of knowledge. Why? Because it seems organizers and participants do their best not to reach the intended beneficiaries, especially when it comes to events meant to discuss anything addressing the masses and their behavior for a better life in any way. It seems tourism and showing off to peers are the main reasons to these “get-togethers”.

The most dishonest is advertising purpose. Investing in plane tickets and expensive hotels seems to have replaced roadside advertising. Organizers take advantage of these high-profile events to promote their products and services. Having their name associated to events attended by ministers is fabulous for their credibility. Billboards cannot provide credibility. A minister’s attendance opens doors to partnerships and social media publications from influencers enhances an image in the eyes of consumers and potential clients. These events are clearly not meant for the masses. They are part of a communication strategy taking advantage of crucial issues to populations.

Experts, share knowledge with the masses instead of pretending, being condescendent in air conditioned conference rooms and five star hotels!

Masses are not in fancy hotels. Most of the time, they do not even know where they are located because they live in outskirts of main cities or in rural areas. They get newspapers weeks after they are issued and only those who are lucky enough to know how to read can access them. They do not have access to the internet and do not know what an “influencer” is. But they are those facing the problems supposedly solved in these air conditioned conference rooms.

Most of us complain about people into politics being disconnected from populations realities. Actually, many trades are. It is not possible to think about addressing the needs of populations without involving them in brainstorming and decision making or sharing valuable information with them. It is not possible to offer them adequate solutions to their needs without asking them what they actually need and what they can afford. For example, it is not possible to advise people to eat balanced meals three times a day without taking into consideration the fact that they do not know what a balanced meal is and do not have enough money to feed a whole family three times a day. Instead avoiding mingling with populations, experts should make allies of them for a more productive work.

To be useful to masses as they pretend to, experts should put aside condescension and organize public meetings in venues with great capacity. Instead of investing in downstream communication, organizers should invest in upstream communication for the masses to know an event centered on their well-being is coming and they will have the opportunity to ask as many questions as possible. Experts should be ready to be hot and sweat under the sun to be useful to people. They should democratize their knowledge for everyone to benefit from their scientific research, not only the “majority”.

Instead of limiting themselves to a photography and a few hundred words, the press should use their platforms as education tools. Radio stations and televisions could broadcast these events for those facing the same issues across the country and even beyond to benefit from the answers given to the questions asked.

It is unfortunate that education, in every way, remains a privilege, and this with the support of the educated ones. Educating the masses is not only the duty of national institutions. Those who know can share with those who do not, instead of jealously guarding information with false pretensions of being ready to share. All it takes is getting ready to mingle with those really in need, all it takes is for experts to share knowledge with the masses.