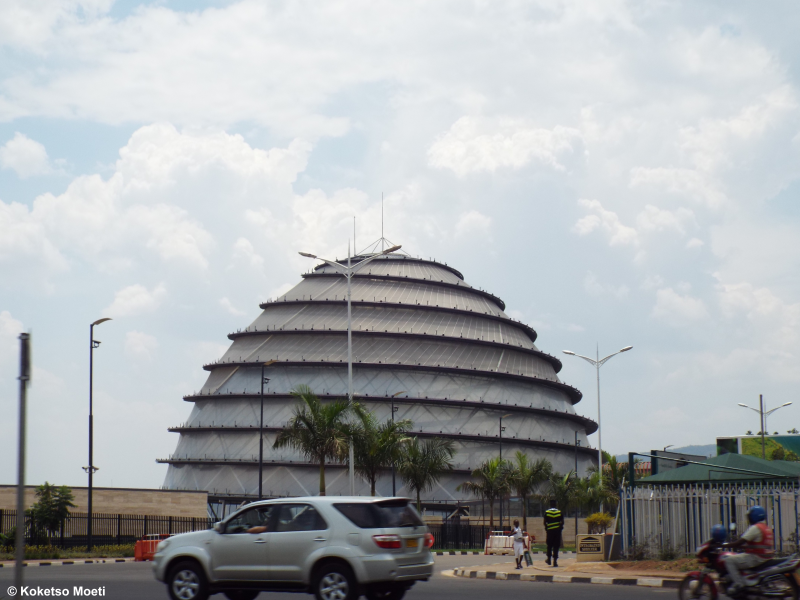 The excessive, indiscriminate force; arbitrary arrests and detentions that are currently taking place in our higher education institutions and surrounding areas, have put a spotlight on securitisation and militarisation. But neither is new, South Africa has for some time consistently been steadily securitising and militarising in various ways.

Think of the way private security has been increasingly been deployed over the years, by employers’ wanting to ‘protect’ themselves from striking workers.

They are also visible in various cities’ improvement districts, suburbs and malls. Like in our universities, safety is often invoked to justify the securitisation and because of our high crime levels, this is often uncritically accepted. But we also know that the securitisation of these spaces often leads to poor, Black people being harassed and sometimes even removed from them. It leads to racist and classist profiling, in which those who do not ‘look’ like they belong in a given space are considered to be suspicious and threats that need to be removed.

And then there’s the ever increasing militarisation of our society. Because we don’t have soldiers in our streets, it’s easy to dismiss the idea that South Africa is militarising. But if we are to understand that militarisation is not just about soldiers and military conflict, but fundamentally about the state, even society organising for violence you realise just how not far-fetched it is.

The response to the Marikana protest, a protest for a living wage, before the massacre; the de facto ‘state of emergency’ in Marikana following the massacre in 2012 and the Tactical Response Team’s occupation of Wesselton, just outside Ermelo following a protest are but a few examples.

More recently we saw the task-team set up to “normalise” the situation at higher education institutions having a strong security cluster presence. While the task team has since been opened up to include the Minister of Finance among others, it shows that the de facto way of addressing problems has become to organise for violence- which is what the deployment of security forces brings about in such situations- rather than addressing the fundamental issues which bring us to a point of having people express their discontent.

It’s about the need to maintain what I’d describe as a symbolic order, a sense of order that is not about engagement and problem solving, but is manufactured for the purpose of control.

This made me think about my recent trip to Kigali, Rwanda. I was not there for long enough to say I know the city well or saw it in its’ entirety and most likely lived in the ‘posh’ side of it. It is a beautiful city, very clean and exceptionally green. While I didn’t care much for the architecture of most of the new developments, too modernistic for my tastes, it was clear that a lot has been recently invested in the development and maintenance of infrastructure.

But beneath that lurked something which was expressed by people’s shock that I had been allowed beyond the airport, wearing a t-shirt with a strong message about revolting. I had only put on that t-shirt after freshening up at the hotel and wasn’t wearing it when I arrived.

It was the first place I have ever been to where I was told, it’s very safe you can walk around at any time and nothing will happen to you. In other places I have been too, while safe, there’s a general sense of ‘but keep your eyes open’, which didn’t happen there. But what they didn’t mention was that in the evenings at 6pm, soldiers with automatic rifles are deployed to the streets. Startled by the sight of these armed men everywhere, I asked some people if the country is at war. I just couldn’t understand how a place in ‘peace’ could look the way Kigali looked.

Any talk of politics would make people so uncomfortable and silent, almost as if some things were not ‘allowed’ to be discussed. Most people ignored me, changed the topic, left or told me to not talk about it. Some cited “safety” in what felt to me to be much rehearsed ways. “Do you not see what’s happening around the world”, one man asked me, adding that “This [the military] is to make sure it never happens in our county”. I asked him if it really makes him feel safe and if he doesn’t worry that about the possibility that those men with the big guns may themselves be the ones who turn their weapons on the people. I never got a response.

I have never been a place so militarised and securitised and it was a powerful reminder of why it is not a something I would want normalised, that it is built on the reign of fear, terror and suppression.

Both historically and in contemporary times, we have seen that both securitisation and militarisation create societies in which violence is legitimised. That is why right now university managements, corporates, government officials and elites are able to deploy security and police forces in the name of ‘safety’, in ways that ignore that these same forces and sometimes even their mere presence, cause a lot of the violence.

The normalisation thereof is a huge threat to us all as an inherent outcome of securitisation and militarisation is the ‘othering’ of people, which in a society already as fragmented as ours reinforces both old forms othering and creates new manifestations thereof- all of which result in repression, injustice in various forms; violations of people’s safety and is inherently about control and domination. All things which felt deeply embedded in the fabric of Kigali.

Without a doubt, South Africa has a long history of organising for violence, something that has followed us into our post-94 years. But it is something that needs to urgently be addressed, lest “the dreams of the people for freedom and a better life are turned into nightmares of dehumanisation”, which we already see happening. We would do well to look to Rwanda to know why that is a path best not taken, a sure way of allowing a few to accumulate dangerous amounts of power.