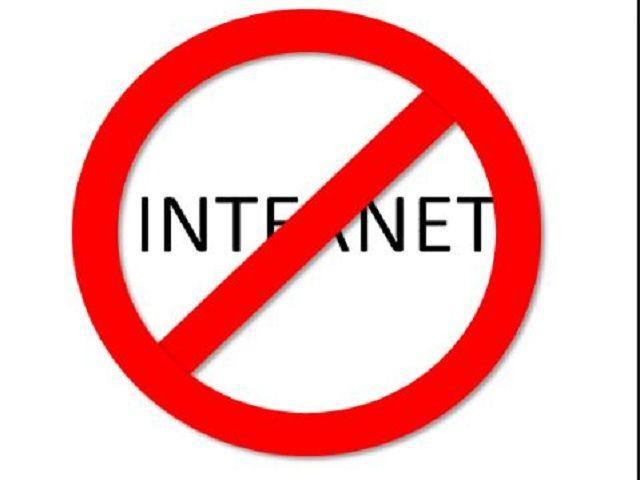 In 2018, Access Now recorded 21 shutdowns in Africa, a sharp rise from 13 shutdowns in 2017. In that period, the longest shutdown was reported in Cameroon where it lasted at least 230 days. Similar trends were noted globally – from 75 shutdowns in 2016, incidents of shutdowns shot to 190 in 2018. We are still in the first month of 2019 and we already have at least 3 major shutdowns – in the Democratic Republic of Congo (DRC) where it lasted 20 days, Zimbabwe, and Sudan.

During controversial presidential polls or mass citizen protests, authoritarian regimes are happy to use the blunt instrument of internet and social media shutdown. The objective is always to interrupt sharing of often true information that they fear, can easily escalate the situation – not because it is false as they often allege. In this digital age, shutdowns present far reaching consequences on freedom of expression.

In almost all cases of shutdowns, national security or public safety are invoked to justify the blackout. Apart from the two words, no explanation of the level of threat is ever shared with the public to understand the need – because there is never a need in the first place. After the February 2016 shutdown in Uganda, President Museveni described it as;

It is a common pattern that after blocking the sites, the governments take efforts to clampdown on media freedoms. Traditional media houses are muzzled to ensure that all information that is shared with the public is in their interest.

It is a common pattern that the government regulator orders Internet Service Providers (ISPs) to restrict or block social media sites. As noted above, national security or public safety concerns are cited and that is just about it. No further explanation.

Because of the operating environment and fragile state of the rule of law in the countries where the shutdowns occur, no telecom company can dare resist the order – even where it disagrees with the order. No company can sustain a fight, in the long run, with the regimes that control these territories. Even if one has interest in going to court, there are little prospects of getting justice. As a result, many companies will be happy to hit that blackout button even if it means less sales during that period.

Similar to what happened in Uganda when social media apps were blocked during the 2016 presidential polls, the telecom companies often send customers a text message relaying the government’s orders for the shutdown. In a message to customers, Zimbabwe’s largest telecom company, ECONET noted that the shutdown was “beyond our reasonable control.”

All countries that have shutdown down the internet and social media platforms have ratified the Universal Declaration of Human Rights (UDHR) and the International Covenant on Civil and Political Rights (ICCPR). These two documents establish the international law standard on the right to freedom of expression, among other fundamental rights.

Under Article 19, the Declaration and the Covenant state that everyone has the right to freedom of opinion and expression. This includes the right to hold opinions without interference and to seek, receive, and impart information and ideas through any media regardless of frontiers.

Under Article 19(3) of the ICCPR, any restrictions of this right must be as provided by law and be necessary for the respect of rights of others and protection of national security or of public order. The limitation must be demonstrably justifiable in a free and democratic society.

“the same human rights that people have offline must be protected online.”

Actions to control and censor the internet through shutdowns are therefore in contravention of the UN acceptable standards, international human rights standards, and likely also in violation of national laws of the involved countries.

Resilience: The use of VPNs has proved to be very handy during shutdowns. As we engage on how to respond, it is important that we remain online. To ensure that the community is online, we need to increase awareness about VPNs and debunk the myths about the networks before a shutdown happens. This will help to retain high traffic online in the event of a shutdown.

Litigation: Strategic and public interest litigation, despite the challenges in fragile states, is a powerful tool for challenging social media shutdowns. It provides an important opportunity to use the law to challenge the politics of the day. In Uganda, the Unwanted Witness filed a petition in the constitutional court to challenge the shutdown. The Media Legal Defence Initiative sought the services of Chapter Four Uganda to file an application to join the case as amicus.

In Zimbabwe, a media group and the Zimbabwe Lawyers for Human Rights have petitioned court arguing that the government has no legal basis for ordering telecom companies to shutdown social media sites. In many other countries, civil rights advocates are challenging the shutdowns in courts of law.

However, litigation presents a number of challenges. In countries where shutdowns are being implemented, institutions are generally weak and usually lose their independence when the stakes are high. Many courts will drag or outrightly decline to set a hearing date.

But it is crucial that we continue demanding for swift action from the courts – including classifying applications brought under the petitions as urgent to ensure that they are disposed within less than 48 hours. Where courts fail, they should be challenged and such failure should be firmly reflected on the state of rule of law and human rights situation in the said country.

Protests: Peaceful protests are important in sending a message even when communication channels have been blocked. Authoritarian leaders must know that when they frustrate expression online, people are ready to go back to analog systems by taking to the streets to express themselves. When we do this, they will think twice about shutting down the internet. No autocrat wants people on the streets if the option is a hashtag.

When you finally get the opportunity, remember a vote is the best way to protest. Cast your ballot and take all reasonable efforts to protect your vote.

Challenging undue legal restrictions: As an advocacy goal, it is important to constantly advocate for national laws, policies and practices that are consistent with international human rights obligations on freedom of expression online. It is also crucial to persistently demand for accountability for violations. Laws that criminalize online dissent or target social media users should be challenged.

Challenge disinformation and propaganda: As we exercise our freedom of expression, we should be mindful of our obligation to counter the spread of fake news and propaganda on the internet.

Advocacy on impact of the shutdowns: The fact is that internet shutdowns are costing African countries. Firstly, access to information is crucial for credibility of any process. Silencing voices only raises the stakes and fears of disturbance of public order. Secondly, it frustrates people’s access to basic services and social support systems. Thirdly, shutdowns cost national economies millions of dollars on a daily basis. They are not worth it.