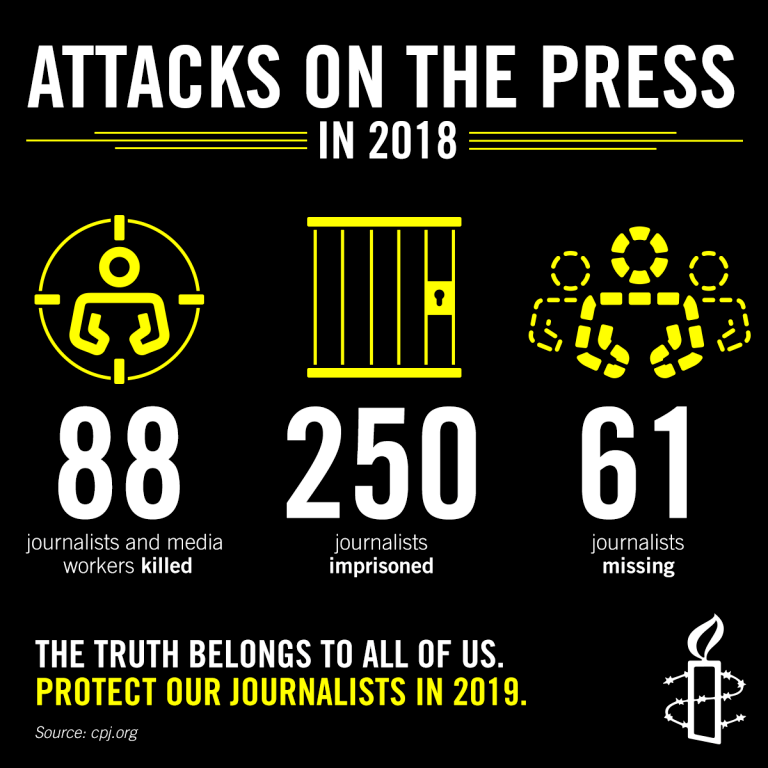 Owing to the history of media and particularly the Press in Africa, the media in Africa has undergone several transitions to be what it is today. If there is anything to be celebrated, we owe it to the forerunners such as Nnamdi Azikiwe of Nigeria, Julius Nyerere of Tanzania, Jomo Kenyatta of Kenya, and Dr. Kwame Nkrumah of Ghana; who played significant roles in the continent’s political transition and along with it, the emergence of press freedom and struggles for it, which have taken many shapes today.

Historically there have been grey areas which are not being tackled around press freedom. These areas include, violence against journalists, low wages among media practitioners, suppression of news by external influences, and the spread of “fake news” among media owners and its personnel. These limitations inhibit the smooth operations of the press resulting from the unfriendly media environments which journalists operate in.

In Ghana for instance, the murder of Ahmed Suale, an investigative undercover journalist, following threats, still remains a shock. Even though press freedom in largely guaranteed in many African countries and World Press Freedom Day is observed across the world, journalists and media personnel across the globe are being attacked and jailed simply for doing their job.

According to Amal Clooney, a human rights lawyer and British Government’s Special Envoy for media freedom, in the last five years the world has seen the highest number of journalists imprisoned than at any time. This shows that media freedoms remain threatened and more still need to be done to secure such freedoms.

This year World Press Freedom Day was celebrated under the them: “Media for Democracy: Journalism and Elections in Times of Disinformation”. The theme was chosen to emphasis power that the media have in setting the agenda in democratic processes, the key point of which are elections.

Also important to this them is the threat that disinformation pose to the free flow of ideas through factual and transparent journalism. Therefore, there is the need for effective training of journalists to understand the consequences of spreading false information before, during and after elections. We need more bold and passionate journalists who will be truthful and accurate in their reportage.

This requires collective effort: media owners, their personnel and media institutions must join hands to report mishaps, especially in the electoral processes, and must avoid spinning propaganda which may cause conflicts in the society. Reporters should also aim at being factual and evidence-based at all times so that the quest for media freedom will not just be a charade but a reality for posterity to remember.