Home » General » “Boys with tips” and “Girl with cake”

“Boys with tips” and “Girl with cake” 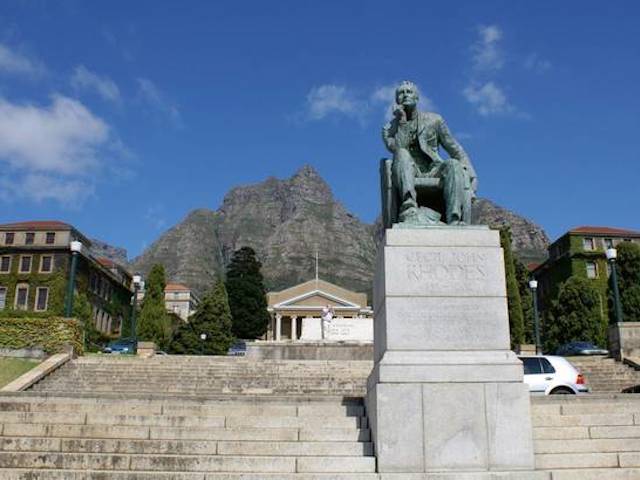 When Girl with Cake was a thing, I wrote that even well-intentioned charitable giving should not be considered immune to criticism, as even that sort of charity can perpetuate stereotypes about the recipient. Another way in which charity could be criticized is if it’s inefficient – if the same efforts would be better directed elsewhere, which is one point made by proponents of “effective altruism“.

Yet another way in which charity can go wrong is when it validates stereotypes about the providers of charity, and this is to my mind the problem with the recent campaign to crowdsource tips for an Obz Cafe waitress who experienced some brutish behavior at the hands of a dinner table populated by Rhodes Must Fall activists.

Ntokozo Qwabe (NQ), a graduate of Oxford University and the most prominent voice of the Rhodes Must Fall campaign in Oxford, relates what happened as follows:

They take a pen & slip in a note where the gratuity/tip amount is supposed to be entered. The note reads in bold: “WE WILL GIVE TIP WHEN YOU RETURN THE LAND”. The waitress comes to us with a card machine for the bill to be sorted out. She sees the note & starts shaking. She leaves us & bursts into typical white tears (like why are you crying when all we’ve done is make a kind request? lol!). Anyways, so this white woman goes to her colleagues who are furious. She exits to cry at the back & a white male colleague of hers reluctantly comes out to address us & to annoy us more with his own white tears telling us that he finds our act “racist”.

(You can read the rest at the Daily Vox.)

In reponse to this, Sihle Ngobese (SN) visited the restaurant, found the waitress – Ashleigh Shultz (AS) – and gave her the tip that the RMF table could (and should, unless they received terrible service) have given her, were it not for the fact that they objectified this woman as a placeholder for white oppression, despite knowing nothing about her, her politics, or her financial circumstances. (Something they of course should have been aware of is the likelihood that, as a waitress, she and some hypothetical intersectional movement might well find some common ground on the issue of class and privilege.)

Some say that this isn’t racist, because black people can’t be racist. I don’t agree with that, even though I understand the disctinction being made. This is because I don’t see the point of distinguishing between race-based bigotry expressed by people of a subjugated race and that expressed by a privileged race. ‘Racism’ seems a useful shorthand for both, albeit of necessity accompanied by the acknowledgement that the priviliged race is likely to not only be racist more often, but also to be oblivious to their racism more often.

Next, Roman Cabanac and Jonathan Witt (who host the Renegade Report podcast on CliffCentral) started a Twitter crowdfunding campaign that ended up generating R44 778 in donations for the waitress in question. (Another crowdfunding effort also sprung up, generating an additional R15 000+.) [EDIT: Twitter user @GarethKourie points out that this second campaign has reached $5000, so, more like R70 000, meaning that AS has now been tipped around R115 000.]

Later on, we find out that the waitress has a mother who has cancer. This information was however not available at the time the campaigns started, so should be irrelevant to any analysis of whether the campaigns were appropriate or not – they were not generated to raise money for cancer treatment, but to offset her experience of abuse by RMF, and to demonstrate a moral counterweight to the callousness of NQ and his dinner companions.

Both of those goals could, in my view, have been achieved without creating the impression of a couple of (literally) white knights charging in to protect one of their own against the (literally) dark forces of RMF. And, creating that impression simply lends credence to one of the legitimate concerns of the RMF movement, namely that white South Africans (and people, in general) are far too unaware and unconcerned about the fate of black people compared to the fate of other whites.

It’s of course true that it should, in theory, be possible to separate these issues from race, and to simply regard this as an act of generosity. But to think that people will (or even should) do so now in the political landscape that is South Africa is either naive or wilfull denialism. To refuse to countenance any criticism on this topic – as the Renegade Report hosts have done in their Twitter responses – is difficult to read as anything other than a commitment to making a point, rather than being humanitarians, even if the outcome of their commitment is a plus for humanitarianism, on balance.

The offset to her experience, and the restoration of her dignity, in a sense, was to my mind accomplished by the initial R50 donation and the outpouring of support on Twitter. The moral counterweight was provided by the same outpouring of support, as well as extensive and robust criticism of NQ, including from many black commentators who are usually sympathetic to RMF. Some of the criticism was, of course and unfortunately, racist and ad hominem abuse directed at NQ, which again simply serves to gift him the moral high ground he in no way deserves in this instance.

The job was done, in other words, meaning that if you wanted to crowdsource charitable donations, you should look further afield than this case. Anything beyond the extensive criticism and the symbolic tip – and especially something that ends up generating an amount of money that will outstrip what many black South Africans earn annually, is going to have a hard time appearing to be a humanistic gesture.

This waitress is relatively undeserving of this gift compared to so many other people. The gesture can’t help but appear to be motivated less by generosity than by a vindictive “sticking it to NQ”, showing how much of a better person “we” (the donors) are.

And, as I said on Twitter, you’ll find that (or at least I find, and I eat out too many times every week) black waitstaff are routinely treated rudely, and (I imagine) tipped less generously than white ones, assuming that the level of expressed respect correlates with the level of financial support offered as tip. My claim is not that “if you can’t help everybody, you should help nobody” or something of that sort. Of course we are forced to pick our causes.

My point is that helping this one is a strike against the “fascist” RMF (as they have been described by at least one of the Renegade Report hosts), masquerading as charity, and that the optics of this case are exceedingly poor, serving to reinforce negative racial stereotypes.

It doesn’t help the argument to assert that some of the donors are black, or that this sort of argument is of the “social justice warrior” variety. The latter is a vacuous slur that completely escapes the force of argument in the sense that even if it’s true (and it is) that some folk concerned with social justice are knee-jerk thoughtless reactionaries, not all of them are. Arguments need to be addressed on their merits, not with cliches. And even if some black people donated, they don’t provide political cover because they can also be prejudiced against RMF, or thoughtless regarding the impression this campaign creates.

Of course, these black donors are also not effective body shields against criticism when the campaign is spearheaded (after the first tip from SN) by white folk, where most donors are white folk, and where the “movement” enourages support from the likes of Milo Yiannopoulos. If he’s on your side, you really need to reconsider your strategy.

To summarise, I don’t think this is an example of effective altruism, and I also think it faily obvious that it feeds into confirming stereotypes about “whiteness”. Those who support the campaign might well not believe in the entire concept of “whiteness”, and I would agree with them that it’s an overplayed concept, often used as a thoughtless dismissal of opposing points of view.

But the fact that is sometimes (even often) abused doesn’t mean that it’s never true that we can perpetuate harmful stereotypes, and impede progess, regarding race relations in what we do and how we choose to do it – as is the case here.