Analysis of the Counter-Terrorism Policy of the Nigerian Government 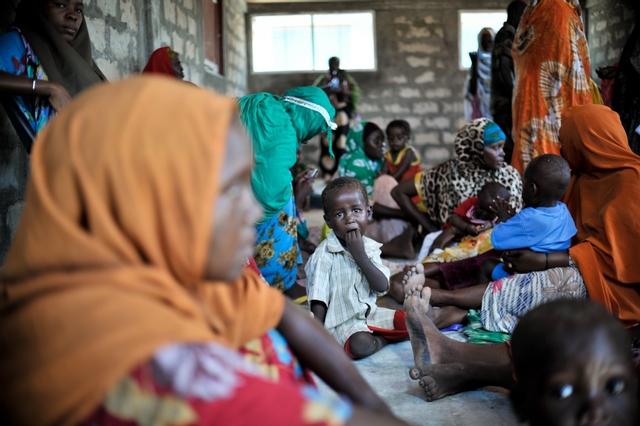 In 2014, Boko Haram gained global attention when they kidnapped over 250 girls in the small town of Chibok, Borno State, the northeastern part of Nigeria.

This generated a famous hashtag #BringBackOurGirls which garnered the support of millions across the world demanding the release of the girls. Ever since then, there has been a spate of attacks carried out by Boko Haram which has led to the loss of scores of lives and the permanent displacement of thousands from their homes.

Subsequently, the Nigerian government produced a policy framework to tackle the issue of terrorism in that part of the country.

This framework resulted in the launching of Operation Safe Corridor by the Nigerian government in 2015 with the sole aim of deradicalizing, rehabilitating, and reintegrating repentant Boko Haram insurgents into society.

In this article, I argue that this policy has been ineffective in addressing this issue, hence, the need for a re-evaluation of the policy design and implementation.

Operation Safe Corridor is an intergovernmental project focused on rehabilitating low-risk Boko Haram militants who have “repented.” This initiative is the only way for terrorists to leave the group and be integrated back into society.

Young men who are denouncing the terrorist group attend a military-run facility for a few weeks of religious reorientation, psychiatric care, and vocational education. After this, they are reintegrated back into society.

Research shows that non-military approaches rather than coercive means of tackling terrorism are more effective in sustainably solving the issue of terrorism.

Hence, it is no surprise that the government is utilizing a non-coercive approach to crush terrorism and de-radicalize terrorists ravaging various parts of the country, especially in the northeastern region.

However, contrary to expectations, the formulation and implementation of this policy has been grossly ineffective in solving the problem and there are several reasons for this.

The first reason is the lack of community engagement. While formulating and implementing this policy, the government failed to thoroughly engage with the people that live in affected communities.

Also, there are no well-structured plans for genuine reconciliation and forgiveness. People within affected localities who have suffered gory experiences from terrorists and have been internally displaced from their homes due to the actions of Boko Haram are expected to live with the same ex-terrorists without dealing with the trauma.

This policy does not pay attention to victims’ plights but prioritizes terrorists’ demands. It is extremely difficult for someone to live with the fact that their neighbour may be the ex-terrorist who killed their family members, and they are unable to do anything about it because the policy does not incorporate reconciliation, forgiveness, and justice.

All these have led to negative perceptions among Nigerians about the policy, which is why ex-terrorists who have been “rehabilitated” back into society are still considered dangerous.

Secondly, there have been no proactive efforts by the government, through this policy, to prevent the recruitment of people that are vulnerable from joining the terrorist group.

The northeastern region where Boko Haram has its stronghold is an area where educational enrollment and economic opportunities for young people are low.

This means that there is a possibility that young people not enrolled in school or those that lack job opportunities can be incentivized to join the terrorist sect. Thus, a policy aimed at rehabilitating terrorists does not lower the recruitment of new members.

On the implementation part, there are currently no plans to economically reintegrate defectors after rehabilitation. The current policy implementation process does not provide economic incentives that can discourage ex-militants from rejoining the terrorist sect.

Therefore, when ex-militants have gone through rehabilitation (but with little economic incentives or no jobs), they are vulnerable to being recruited again by the same group they denounced.

This is compounded by the fact that when ex-militants eventually get freed, there is no surveillance conducted by the government to monitor their activities.

The Nigerian government’s database is outdated, and they do not have, or store data needed to keep track of those rehabilitated because of heavy bureaucracy as well as corruption involved in budgeting and financing. Hence, the possibility of recidivism.

The government needs to go back to the drawing board by involving the people living in affected areas in the formulation and implementation of this policy.

These people are key stakeholders in this specific policy design and therefore, they must be consulted throughout the entire process. Involving the locals will make them feel like their demands are heard and that the government is ready to put an end to their perpetual misery.

The government must also change its narrative on how they perceive the terrorists. The current narrative, as highlighted above, is that the needs of the members of the terrorist sect are prioritized because they are Nigerian citizens.

The government should endeavor to not prioritize the terrorists’ needs above the victims’ needs. These people (the victims) are also citizens of Nigeria, albeit victims of circumstances, and their voice and demand for justice matter too.

The government should incorporate forgiveness and reconciliation, through a Tribunal or a Truth and Justice Commission (like we saw in Rwanda after the 1994 genocide) within its framework so that people can get the justice that they deserve.

Investment in modern database tools that can store data to ensure that ex-militants are properly monitored after getting out of rehabilitation must also be considered by the government.

The bureaucracy and corruption in the entire process must also be addressed to make this policy effective. This can be done by employing independent bodies like security experts from Think Tanks outside of the government to manage the entire policy formulation process.

This way, politicians within the legislature with ulterior motives cannot tamper with the process, as there have been alleged reports that some politicians are the backers of Boko Haram.

While it is a welcome idea to focus on terrorists’ rehabilitation, there must also be a strong focus on improving economic conditions and education literacy in affected areas.

Hence, these must be provided through this policy to the people living in that locality and to newly rehabilitated ex-militants. This will keep them engaged and will disincentivize them from joining the terrorist group.

Sunday Jerome Salami is a master’s student at the School of Transnational Governance based at the European University Institute, Florence, Italy. He runs a personal blog where he writes at the intersection of his passion areas, and he has previously published in The Metric and The Mail and Guardian.