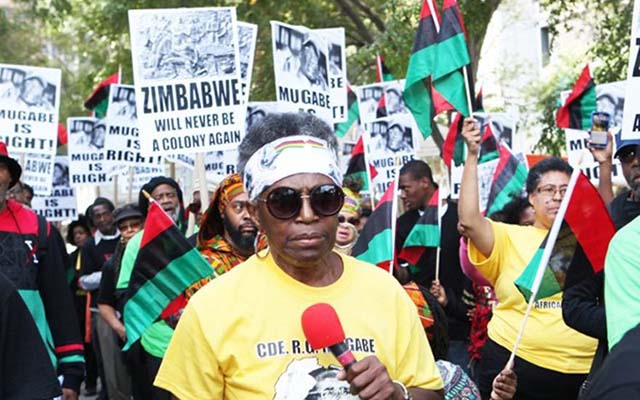 In early March this year I was invited to share my personal views on political activism in Zimbabwe at a panel discussion at the University of Johannesburg’s department of Sociology. It was not so much an academic debate but more to do with trying to understand past, present and possibly emerging realities on the subject matter. The colleagues on the panel and the audience did a sterling job of, as is now common parlance in meetings, ‘unpacking’ the complexities of political activism in Zimbabwe.

From my notes there are three issues that stood out for me from the discussion. These were anger and activism, the ideological (if any) contestations of activism and finally what the future of all of these portend.

Anger and activism emerged because I made reference to the social media initiated and motivated protests that began in July 2016 and sort of petered out by November of the same year. That period signified to the greater extent a country undergoing catharsis and coming to terms with the possibilities for political action that social media can bring to the fore.

It also however signified the most often ephemeral character of social media impact with regards to activism and how the latter always needs a combination of online and offline strategic communications to overcome the reactionary apparatus of a repressive state. And make no mistake, anger is good.

But anger is not enough for activists of all ilk to achieve what are essentially long term or rather monumental objectives (such as seeking the resignation of a long serving president).
This brings me to the next key point which is that of a structured activist focus via having a clear ideological pretext of what needs to be achieved (how and why). This is not to say activist should ‘over think’ their causes and spend days pouring over seminal works on the significance of a clear set of ideas (vision, mission, objectives if you like) of what societies or better situations their actions will bring to reality. Or at least set a firm direction and path towards.

I generally confess to being a contextual left leaning social democrat motivated by a desire to see a welfare state that performs its public good functions in tandem with respecting human rights. That is the basis of my own personal activism. Such a definitive framework greatly helps to inform not only my understanding of what is ideal but also how to measure the obstacles that in reality prevent my ideal state of affairs.

It is less exciting, less immediate but it helps clarify issues that activism is all about. And this is as it was at the height of the ZCTU led protests and process of the formation of Zimbabwe’s strongest opposition political party since our national independence, the Movement for Democratic Change. Motivated by social democratic ideals, labour and components of emergent human rights civil society and some church movements correctly sought to seek not only constitutional reform but socio-economic reform through a rejection of economic structural adjustment.

History does not have to repeated. But learning closely from it would do contemporary activists (and even long serving ones) a lot of progressive ‘consciousness’ good.

So a key question that then emerges is what we can expect for future activism in Zimbabwe going forward. Pragmatic expectations point to the strong reality that it is largely the political parties that will dominate activism. This is mainly because activism has been politicised to the extent that every other person that thinks they can achieve any democratic progress perceives that the only true route to that is to hold electoral office (and in particular to run for the national presidency). This activism is rarely intended to be transformational. Instead to achieve it, most political aspirants and activists mimic the ruling Zanu Pf party by way of not only structure (two vice presidents) but in part by way of running internal affairs of their party (rule by dictat and with an astounding abruptness).

Activists that claim non-partisanship will likely be captured by this sort of activism not only because of their general impatience but also their unbridled political ambition. And its all permitted and should be welcome in so far as it promotes a diverse, democratic society that respects the right of all who live in it fairly and equitably.

It would however be remiss to call it activism for transformative change or in its truer sense, revolutionary change. At its best it will in the current circumstance lead to incremental (small) change. Unless it is grounded in and on a holistic ideological framework that views the ruling establishment in the same way. For me that ideological framework remains left leaning contextual social democracy.