Congolese Diaspora are Behind Belgium Success 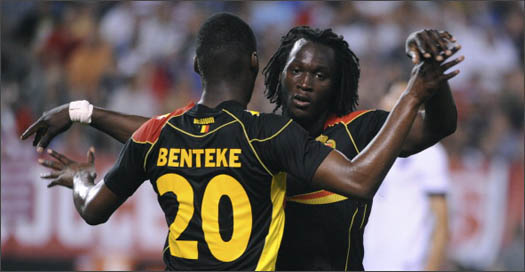 The UEFA European football championships in France kicks off tomorrow, with the hosts taking on Romania. This one month long celebration of European football is one of the worlds biggest football tournaments, where only the best of the best reach the final.

Recent European championships have seen incredibly skillful teams such as Spain crowned champions. Yet the team that is on everyone’s lips this year is Belgium.

The small nation of only 10 million people has in recent years risen on the ranks of world’s football governing body, FIFA and at the moment have one of the strongest squads in world football.

In 2014 Belgium reached their first world cup in 12 years and this year due to a very strong qualifying campaign Belgium are among the favorites to win the Euros.

What is incredibly intriguing from a African perspective is that the core of the current Belgium squad is made up of players of Congolese decent. Christian Benteke, Romeu Lukaku, and Vincent Kompany are among the most important players in Belgium’s squad.

Lukaku is the teams first choice forward and was one of Belgium’s top scorers in the Euro qualifiers. Vincent Kompany whos father is Congolese, is Belgium’s team captain and one of the best center backs in the world.

Without these players, it is doubtful that Belgium would have the status they have as a thriving upcoming football nation. Vincent Kompany, Romeu Lukaku, and Benteke being key players in the Belgium squad is the result of post colonial migration.

From the start of 1908 Zaire (now Democratic Republic of Congo) was ruled by King Leopold and became known as the Belgian Congo. It is well known that the Congo was ruled by an iron fist under King Leopold yet Congo’s independence in 1960 did not mean the end to the country’s hardships.

Since 1960 the Congo has suffered many civil wars and famine. This has led to many Congolese fleeing and migrating to their former colonial master Belgium, in hope of a better life.

While Lukaku’s parents and Company’s father migrated to Belgium, Benteke is the only one of the players who is actually born in Congo. Yet he was forced to move to Belgium in the 1990s due to the hardship under Mobutu Sese Seko regime.

Belgium have had a very humane stance towards immigration from their former colony having welcomed thousands of Congolese migrants since 1960s.

Football is an incredibly big sport in Congo and it is the main sport practiced by the Congolese diaspora in Belgium. This passion for football among the Congolese Diaspora has led to many players such as Lukaku and Benteke at an early age taking advantage of Belgium’s excellent football academies, which have nurtured them into world class players.