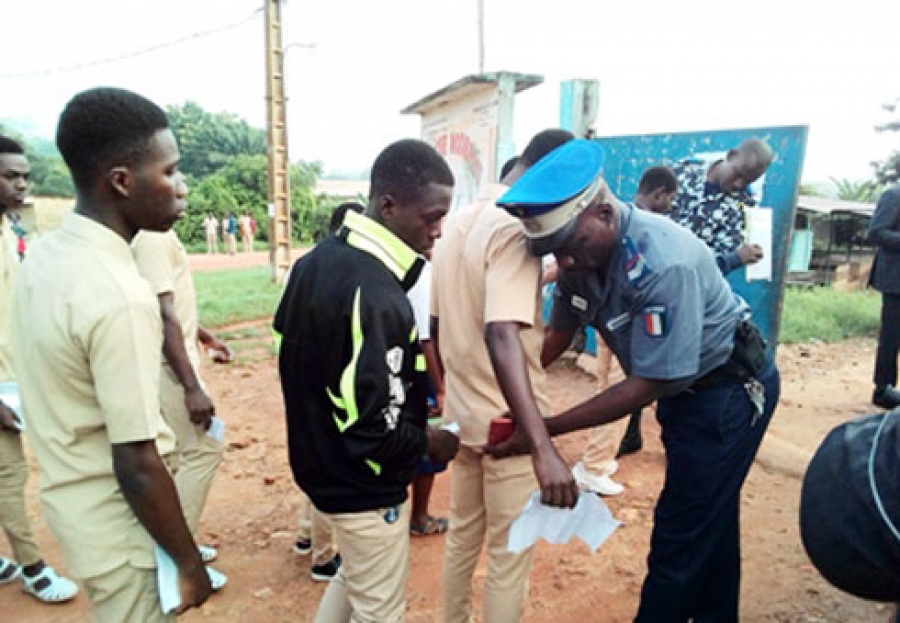 Fraud and corruption hit the Ivorian school system hard. These evils that undermine the Ivorian education system can be felt at various levels at the same time. From teacher recruitment examinations to end-of-year examinations and staff postings, these issues are still rife and continue to be so, with significant consequences on the daily lives of the people.

This was unheard of in Côte d’Ivoire. According to sources close to the organizers of the 2021 session held by the Center for Animation and Educational Training (CAFOP), only 3,000 candidates were deemed eligible out of a little over 55,000 candidates. The average marks of the 47,000 candidates who did not have the required level were lower than required. A situation that will inevitably force the Ministry of Education and Literacy to host a second session or a call for new applications to reach the expected 5,000 candidates.
How did we get to this point?

How fraud and corruption are undermining schools

A recent report by the Confemen’s Programme for the Analysis of Educational Systems (PASEC) clearly shows that the Ivorian school system lost the image it had under Houphouët Boigny, the first president of Côte d’Ivoire, when education was a priority.

Today, Côte d’Ivoire, the powerhouse of the West African sub-region, is ranked second to last in the sub-Saharan region.
The poor quality of education in Côte d’Ivoire is a consequence of fraud and corruption that plagues the education system. The school crisis has reached its peak.

There is fraud and corruption at all levels. From the highest authority to the average citizen, all are aware that these evils tarnish the image of the Ivorian school system.

On May 15, 2021, during a visit to the Lycée moderne of Treichville and the Lycée classique of Abidjan, in Cocody, at the start of the CAFOP exams, the Minister of National Education and Literacy, Pr. Mariatou Koné, reminded the candidates that only merit and hard work will allow them to succeed in this exam.

“We have just over 50,000 applicants for 5,000 places and only merit should help us distinguish those who I hope will be admitted. Stop looking for sponsors. This year, the children of the rich and the poor, those who know people and those who don’t, will compete on equal terms. The resilience of our school system begins with the quality of recruitment of our teachers,” she said.
For the new head of National Education, only capacities should prevail.

According to well-informed sources, there is a vast sponsorship network involving both institutions and senior officials of the ruling party, the Rassemblement des Houphouetistes pour la Démocratie et la Paix (RHDP).
These institutions and officials send their lists of candidates to the department responsible for examinations. The sponsors and their protégés must pay between FCFA 800 000 (€ 1230) and FCFA 1.2 million (€ 1846), and the candidates are admitted without producing any effort.

Examinations are not spared by fraud and corruption.

According to the Directorate of School Examinations, the cases of fraud recorded during the 2020 session of the Baccalaureate exams amount to 16,328, a 266% increase compared to the 6,833 cases of fraud recorded in 2019.
These alarming figures, published on the 27th of January 2021, are alerting the government as well as the national and international community about the cancer of fraud and corruption in the education system.

The government is committing to fighting corruption

However, despite the establishment of these tools to fight corruption effectively and relentlessly, when looking at the cases of fraud and corruption in Côte d’Ivoire, the realization is still bitter.

The Patrick Achi government, established after the death of the former Prime Minister Ahmed Bakayoko shouldered its responsibilities to turn this fight against fraud and corruption into a reality. This reality is reflected in the suspension, dismissal, and imprisonment of several managing directors of state-owned companies for mismanagement in recent weeks.

The education sector is no exception. To intensify the fight against corruption in the organization of examinations, as part of the recruitment of staff and state agents, Prime Minister Patrick Achi convened an inter-ministerial meeting for the year 2021 on Friday, May 28, 2021.

The results of this political commitment are gradually showing, with the failure of 52,000 candidates to the 2021 session of the CAFOP due to their poor level.

Whether other ministries, administrative departments and economic sectors will follow the implementation of the draconian measures against fraud and corruption established by the State of Côte d’Ivoire remain to be seen.