DRC: No, Ebola is Not a Myth 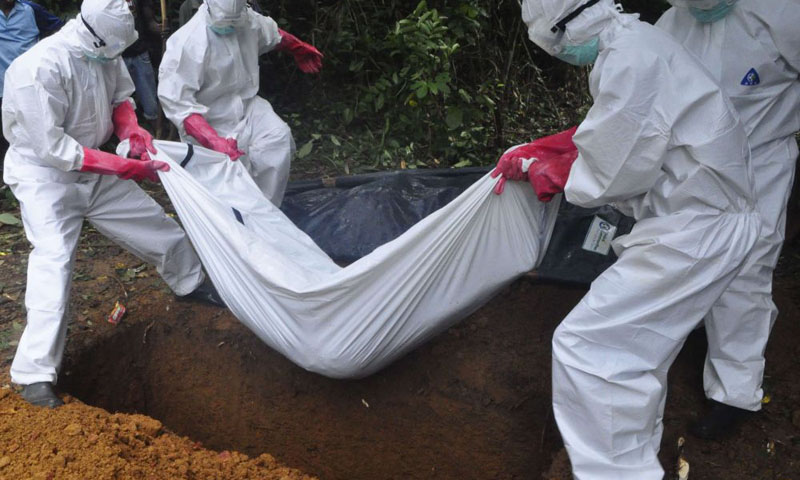 No respite for the people of the east of my country, the Democratic Republic of the Congo. In addition to the massacres and violence of multiple armed groups, the Ebola outbreak seems to have a definite home in areas such as Beni and Butembo. So far, the number of victims continues to increase, while medical teams responding to the disease seem overwhelmed by events. In addition, there are many manipulations and fake news around this epidemic to discourage the population to participate in the fight for the eradication of the virus.

It was seven months to the day that this tenth Ebola epidemic broke out in the Democratic Republic of the Congo, and for the very first time in the village of Mangina in the province of North Kivu in the east of the country. What appeared at that time as a few isolated cases of the disease has now become a real danger for the entire Congolese population. The toll of the victims speaks for itself: more than 500 deaths and several hundred registered cases. And the addition continues. None of the different Ebola outbreaks in the DRC since 1976 had caused so many casualties. In terms of persistence and death, the current epidemic is comparable to that one in West Africa (Guinea, Sierra Leone, Liberia) between 2013 and 2015.

Today, the seventh month of the epidemic in the DRC, MSF recognizes the failure of the Ebola response. At a press conference in Geneva on Thursday, March 7, MSF hinted that the epidemic was no longer under control. “We have a striking contradiction: on the one hand, a rapid and widespread response to an epidemic with new medical tools such as vaccines and treatments that give promising results when people arrive early – and, secondly, people with Ebola die from their communities and do not trust the Ebola response enough to come forward, “said Dr. Joanne Liu, International President of MSF.

These alarming statements are counterproductive and demonstrate the seriousness of the situation. With this, people may no longer trust the response teams. Who is this patient who will go to a doctor who has confessed his own incapacity ? Now I ask MSF to tell us what is next. Will they pack up and leave? Or will they stay to continue the fight?

The name Ebola will also remain linked to Congolese politics. Because for the first time, the presidential, legislative and provincial elections were not organized in two regions of the country because of this epidemic. And it is the poor citizens of the territories of Beni and Butembo who have been deprived of their constitutional right to elect their leaders. As if they had chosen to live with Ebola. The reason advanced by the authorities was the risk of large-scale contamination when many voters would manipulate the same voting machine. Some have not hesitated to shout at the plot, accusing the government of creating Ebola to exclude them from the electoral process. Nevertheless, the Election Commission plans to hold these elections at the end of March, but not for the presidential election, as the president elected on 30 December 2018 has already been sworn in and invested by the Constitutional Court.

Today, the question is how the government and the National Electoral Commission have changed their minds and want to organize the elections on March 31 in Beni and Butembo, while the Ebola virus is still present in this area . Why did they put forward the reason for the epidemic on December 30, 2018 and want to do it today with the same epidemic?

Ebola, a disease invented by NGOs?

The greatest difficulty that does not facilitate the eradication of the Ebola virus in eastern DRC is the mistaken beliefs that are widespread among local populations. In North Kivu, many people believe that Ebola would be an invention of NGOs to attract international funding. Others go so far as to say that the vaccine offered to them against Ebola is only a deadly poison that aims to exterminate them in the long term! More serious, there are even people who totally refuse to believe that this virus exists. This is why Ebola response teams and treatment centers are regularly attacked by armed groups. Armed men arise and ransack the health centers by dispersing the sick and burning equipment. Represent what happens next when these patients are in contact with the population!

I would like to tell these compatriots that the Ebola virus does exist and it kills people without mercy. They have an interest in raising awareness and working with the response teams to hope for the complete eradication of this epidemic. How can you say that Ebola is an imagination when it makes deaths that you see every day among you?

At the same time, I challenge the government and the international community. The actions taken so far against the epidemic are not enough. That’s why there is this failure that MSF is talking about. At present it is observed even a relaxation on the ground. Yet people continue to die. And the threat of the virus is global. I know that the day Americans, French or British people become infected with Ebola, the world will do everything possible and the epidemic will be eradicated quickly. But as until now, it is Congolese who die, it does not interest much … Stop Ebola!