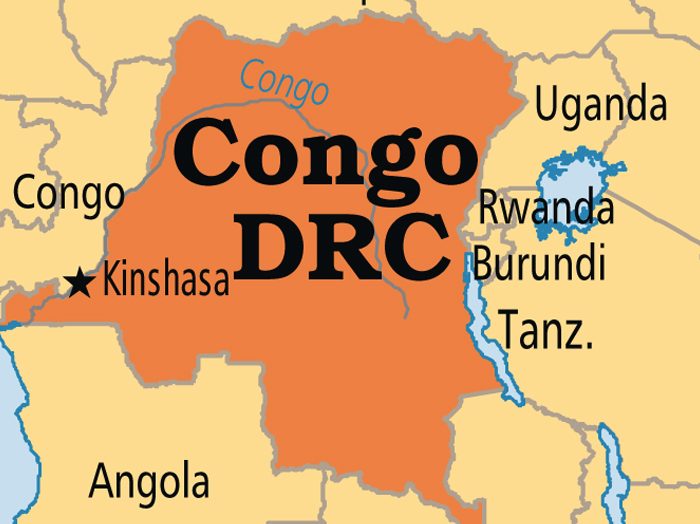 In the centre of Africa, the Democratic Republic of the Congo shares borders with nine neighbouring countries. However, each of these borders is a source of conflicts, often armed ones. Since the departure of Mobutu, former Zaire has had difficulty securing its border with its neighbours. Not every two or three years go by without a neighbouring country making incursions into Congolese territory, sometimes even claiming sovereignty over portions of Congolese land.

The latest border dispute is with Zambia. Since May, the war had been on the verge of breaking out between Zambia and the Democratic Republic of Congo. Indeed, Lusaka crossed the border in March and deployed troops to Kalubamba and Kibanga in Moba territory, in the Congolese province of Tanganyika. Zambian tanks were also positioned along the border on the Zambian side, opposite the Congolese village of Lupia. Zambia claims sovereignty over the Congolese localities it occupies.

For its part, the Congolese army strengthened its positions in the region and war was imminent. But the president of the DRC, Félix Tshisekedi, preferred to refer the matter to arbitration by SADC, the Southern African Community. Speaking to the press during a visit to his counterpart Denis Sassou Nguesso in Brazzaville, Tshisekedi said he did not understand the attitude and motivations of Zambia, which is nevertheless a sister country.

SADC rules in favour of DRC

After verification of the border between the two countries, in particular, the localities claimed by Zambia, the commission of experts of the SADC agreed with the position of the Democratic Republic of the Congo. It is now official: localities occupied by Zambian soldiers do belong to the DRC. As a result, Zambia was ordered to withdraw its troops within 7 days. But according to the latest news, Lusaka has requested an extra 7-day period to better organise the withdrawal of its army from Congolese territory.

This umpteenth border conflict between the DRC and its neighbours reveals that relations are far from sincere between Kinshasa and certain countries with which it shares its borders. It is also proof that foreign powers continue to covet the natural resources of the Democratic Republic of the Congo. Yesterday it was Rwanda or Uganda, today it is Zambia’s turn to violate the Congolese territorial space. How can we understand that Lusaka can send its troops to occupy localities in the DRC without first resorting to diplomatic channels? An unfriendly act that should allow the DRC to get to know its good and bad neighbours.

The Congolese army must take responsibility

One of the reasons why many Congolese remain nostalgic for Mobutu’s time is the fact that in the time of Zaire, the country was safe and its territorial integrity was respected. The armies of neighbouring countries did not dare to venture across the Congolese borders. Alas, today our borders are so porous that anyone can get in and out. As if there wasn’t an army in the DRC. The country has become a breeding ground for both domestic and foreign armed groups. In this mess, the haemorrhaging of minerals and other Congolese resources is going wonderfully well. I believe that it is in Congo’s interest to strengthen its army to better protect not only its coveted wealth but also its borders.

At the same time, Congo’s neighbours must avoid taking advantage of the crises in that country to strip it of everything that is dearest to it, namely its borders. Let’s say it once and for all: the Congo, with its 2,345,000 square kilometres, belongs to the Congolese people!