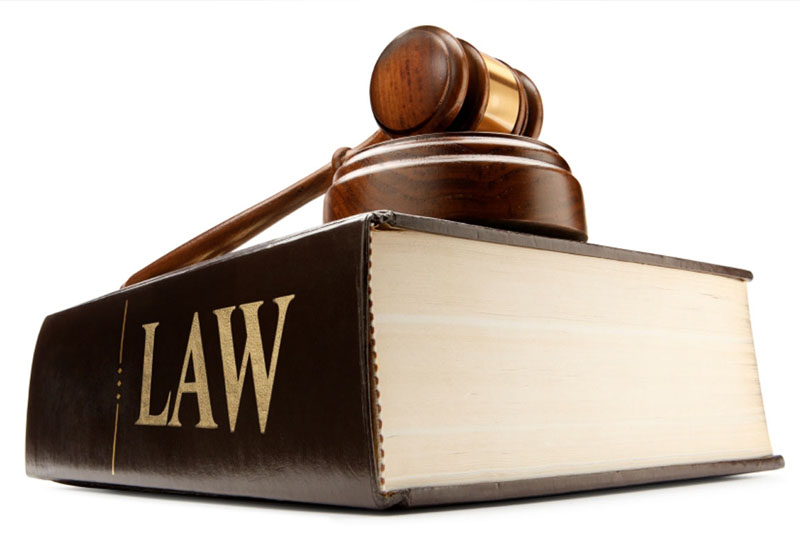 One of the cardinal objectives of national bar associations is to protect and assist the public in all matters touching, ancillary or incidental to the law. The associations also seek to maintain and improve the standards of conduct of the legal profession.

Sadly, in many countries across the continent, the associations are failing to achieve these targets amidst the insidious erosion of human rights, democracy and the rule of law.

Many governments are making deliberate efforts to cripple bar associations through a carrot-and-stick approach. Advocates have aided the throttling of the associations. Because of the shenanigans of past leaders and indifference, many advocates find themselves struggling with apathy. The majority who turn up to vote repeatedly elect lackluster leaders who lack the values, gusto, and fidelity to the law that a bar association needs in today’s world.

Nelson Havi, the new President of the Law Society of Kenya (LSK) is already at work. Early this week, after receiving numerous complaints from advocates and members of the public, he stormed the offices to put a cabinet secretary on the spot for failing to comply with a court order requiring the ministry to open the Nairobi and Central land registries. Disregard of court orders is nothing new in Kenya – with the prominent case being that of Miguna Miguna.

Havi seeks to restore the lost clout of the LSK. Campaigning under the mantra of, “A brave new bar, promising to restore LSK’s lost glory,” he hopes to achieve his agenda – “monitor legislation, defend the rule of law, and ensure constitutionalism.”

There is no doubt that his to-do list is full.

During the heydays, the LSK was prompt, bold, and firm. It spoke truth to power. A lot is written, for example, about Chairman G.B.M Kariuki who firmly defended the rule of law and constitutionalism during his tenure between 1984 to 1986. It was not long before the establishment started meddling in affairs at the society to ensure that they have a leader who they can ‘do business’ with.

As the LSK recoiled to blowing hot and cold, activists such as Okiya Omtatah had to step in to fill the void on some of the core objectives of the society. Today, Omtatah is a prominent name in Kenya when it comes to defending the public’s interest through strategic litigation. He has, for example, gone to court to restore the toll-free emergency number 999, the staging of plays deemed controversial, lifting the ban on night travel, challenging excise duty stamps on the drinks packaging, among others.

Uganda Law Society (ULS) has recently come under the spotlight after the bar association’s president authored a statement rebuking and calling for the prosecution of lawyer Male Mabirizi for petitioning the Judiciary Service Commission (JSC) over the conduct of a judge. It was not a first. ULS has issued such unsolicited and unbecoming statements in the past.

A closer look reveals that such strange statements are no isolated incident. They are a result of the malaise that affects ULS today and raises concerns about the trajectory of the Law Society. This is something that should interest all members.

One of the core objectives of ULS is to assist the public in all matters touching, ancillary or incidental to the law. The Society is therefore expected to contribute to upholding and promoting the rule of law by advising the public on pertinent matters such as the ongoing spate of the clampdown on peaceful assemblies by the police.

In the past, ULS has been pivotal in efforts to protect the Constitution and uphold the law including through public interest litigation on human rights issues. The statement made by the ULS president is unfortunate as it undermines the image of the Society, right to petition, and the powers of the JSC – a constitutional body mandated to handle such matters. Indeed, the Chairperson of the JSC, Hon. Justice Benjamin Kabiito on receiving Mr. Mabirizi’s complaint simply advised him that it had been passed over to a registrar of JSC for consideration and further necessary action.

The ULS president’s misguided call for prosecution thereby run afoul of basic legal expectations. It is interesting to note that the legal profession has seen the rise of thematic law associations along with religious and ethnic formations. Is this a vote of no confidence in the ULS, the statutory entity?

In a rare reminder of the heydays, in August 2013, the ULS voted to suspend the then-Attorney General (AG) Peter Nyombi for persistently misadvising the President and other arms of government on critical matters of law. AG Nyombi was issued with a certificate of incompetence and forwarded to the Law Council for disciplinary action. History will remember Nicholas Opiyo, the then Secretary-General of the ULS for his selfless and bold efforts to make sure the vote takes place. AG Nyombi joined AG Khiddu Makubuya, IGP Kale Kayihura and then DPP Richard Butera and others on the infamous ULS suspension list.

The failure by the ULS to look out for the interests of young lawyers in the profession is also deeply troubling. The exploitation and harassment of young lawyers is an open secret. It is time to deal with the elephant in the room to ensure young lawyers receive fair remuneration and decent working conditions.

There are also reports of a society that is struggling with corruption and poor governance. In 2019 alone, at least 4 senior staff resigned and an anonymous letter chronicling the woes at the Secretariat leaked. The new ULS leadership will also inherit a ULS house project that needs strategic foresight.

I hope the membership will be able to navigate the dark clouds that already hang over the electoral process that is supposed to deliver the new ULS President and Council.

The flagship project of the Society, the Legal Aid Project is also struggling. In February this year, at least 20 staff at several legal aid clinics were laid off due to a lack of resources to meet their salaries. The exit of the Norwegian Agency for Development Co-operation (NORAD), which has funded the project for over 20 years, has left a big void in legal aid service providers in the country. This could have been avoided because ULS has been receiving new donors on board and this could have facilitated the retention of its well-experienced staff.

I think that the Legal Aid Project should be lean with 4 or 5 regional clinics and well-remunerated and facilitated staff capable of providing legal services across the region while tapping into the strengths of Justice Centers Uganda and other legal aid service providers. The current model encourages staff to solicit money from clients for services. It is ineffective and unsustainable.

The exit of NORAD is yet another reminder to the government to enact the legal aid law for a state-funded legal aid initiative. Donor aid is not sustainable. The government needs to heed the call. It has an obligation to ensure that all people access justice, which often requires legal aid services.

Tanganyika Law Society (TLS) is the country’s bar association. TLS’s current president is Dr. Rugemeleza Nshala. Like other bar associations in the region, the society is struggling to regain its lost glory amidst renewed efforts to strengthen state capture.

Today, the country is ruled through presidential proclamations with major ramifications to the principles of the rule of law and human rights. For instance, arbitrary arrests, and long pre-trial detention of suspects and prisoners of conscience are commonplace. The country has also recorded a proliferation of repressive laws designed to silence dissent.

Even while struggling, President Magufuli’s regime is determined to clip the wings of the TLS further. Early this year, amendments were proposed to the Tanganyika Law Society Act to restrict eligibility for membership of the TLS Council, and the introduction of new accounting and reporting requirements to the Minister responsible for Legal Affairs. The new proposals further seek to change the functioning of TLS Annual General Meetings by barring all members of the society from attending and replacing that with attendance on a representative basis.

In 2018, the TLS Act was amended to block public servants and politicians from becoming members of the TLS governing body.

Recently, a prominent advocate and immediate former president of TLS Fatma Karume was suspended from practicing law on mainland Tanzania over alleged misconduct. The “decision is explicitly a threat to all lawyers who work tirelessly for the public interest in this country,” said Dr. Nshala, the current TLS president.