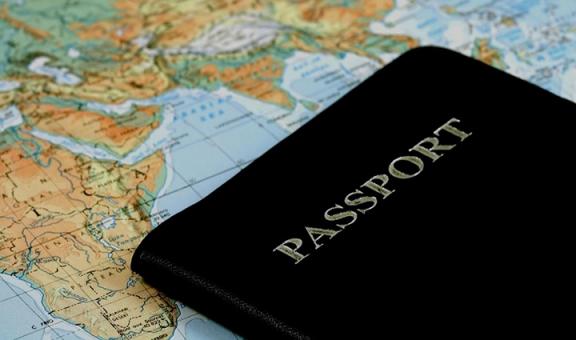 Travelling by airplane across borders on the African continent is an interesting experience. It is always an encounter with what we have always been politicized with as Pan Africanism, even if it is no longer as ideological or identity driven. Especially if it’s that typical flight that leaves one capital for another before it arrives at a major air transport hub such as Addis Ababa, Johannesburg or Nairobi. And I will confess to a feeling of pride every time I hear pilots announce an approach to OR Tambo or Jomo Kenyatta international airports.

Sometimes, circumstances such as airline inefficiency or bad weather prolong the encounter with fellow African travelers. These delays, postponements or cancellations make being an African in transit in an African country the more interesting. Travelers are compelled to talk to each other. Be it  about final destinations, professional interests, family or  complaining about the landing or the take-off. Or even to try and find alternative routes, solutions or make the culprit airline pay by threatening to sue them or how such a thing would never happen in a persons country of origin.

Their reasons for being on a flight will however differ in interesting ways. A couple of decades back, flying was perceived by many in Africa as a status symbol. By way of class, prestige or seeking to be as ‘modern’ as our human colleagues in the Global North.

These days, and probably into the future, being a frequent flyer is no longer seen as evidence of sophistry let alone as a sign of wealth. Not only because there are more airline companies that are (exorbitantly for now) seeking out the African market but because of that oxymoronic term ‘globalisation’. This is not to say that flying is affordable let alone availed for a majority of Africans. Far from it.  But it is increasingly something that more and more Africans across class and social status can claim to know at least one of their close family members has experienced at least once.

As Africans, we fly across our national borders mainly for business and trade. And this is not only for corporate business. Any flight you take and if you are in economy class, the majority of Africans on board will be doing so to go to either South Africa, China or Dubai to transact in buying goods (clothing, cloned technological gadgets, cars)  to sell back home.

Other African passengers are also Diasporans going back to former colonial capitals where they have ‘made it’. In tandem with their children who have citizenship of the countries of destination, these Diasporans save a lot of money to make these travel and travail arrangements. Hence their trips are not always frequent but when they do happen, they help demystify flying significantly.  If its not them traveling it is their relatives (parents/brothers/sisters/aunts) who are paying them a long planned (and expensive) visit.

And our African airlines know this. Hence their priority has never been inter-Africa flight for its own sake. It is always the more lucrative cross continental flight that they prioritise in a manner that not only reinforces the Global North as the ‘promised land’ but also undermines the pursuit of positioning African lives as normal.

It is an astounding reality that African passengers in Africa are not necessarily treated with as much respect as African travelers traveling to the global North or even the far east. The courtesy and professionalism of airlines and their staff is markedly different between a trip to Abuja and a trip to London.

The derision with which airlines treat a threat to sue after a delayed flight between two African destinations and the seriousness they imbue a similar threat for a flight in for example North America is not only sad but dehumanizing to the African traveler.

Africans want to fly. The only problem that because of the complicity of the airlines, flying is still considered the exception rather than the rule. That is why it remains so expensive and why airlines (state owned/commercialized or private) tend to treat the African flyer as second class passengers. The more professional flights are those to the global north. Not those between African countries. It is a throwback to colonial times that a flight from Harare to Lusaka can be casually delayed and passengers forced to stay overnight without due explanation and diligence. That would not happen on a flight from Berlin to Paris with such nonchalance.