From Ghettoizing to Gentrifying African Studies 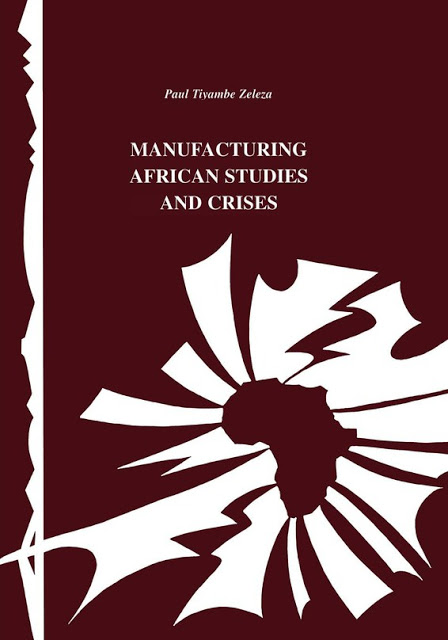 From time to time we are treated to a powerful critique of, or contentious debate on, African Studies. This time it has come from Haythem Guesmi’s viral article on ‘The Gentrification of African Studies.’ In a way, it is coming on the heels of Jean Allman’s  celebrated address on “#HerskovitsMustFall? A Meditation on Whiteness, African Studies, and the Unfinished Business of 1968.”

Two years ago it was another viral blogpost on ‘Where is the ‘African’ in African Studies?’ by Robtel Neajai Pailey. I recall how excited I was to read it. As a graduate student from the University of Cape Town’s (UCT) Centre for African Studies (CAS), I could relate with most of the issues she raised about her experience there.

What I found so striking is why our academic paths had not crossed given that we both hail from the same continent and engage with the same field. “You may also find it interesting”, I emailed her, “to read my experience below with the field: Chachage, C., 2007, Bringing African Studies Back to Africa: Beyond the African-Africanist Divides, paper presented at the 2nd AEGIS Conference on African Studies (ECAS)….” The self-promotion worked out. But promoting my relatively obscured paper is not the core purpose of my post today. It is an entry point into my main argument, though.

If you have noticed, the paper was written more than a decade ago. And it was presented in what Guesmi laments as the places in which it “is now routine for major conferences that focus on disseminating new research and findings on African culture and societies to take place.” The first ECAS, which I also had an opportunity to attend, was held in London whereas this second one was held in Leiden. Where else could they be held? After all, ECAS stands for European Conference on African Studies and my other alma mater, the University o Edinburgh’s Centre of African Studies (CAS), will host the next one in 2019 – the eighth ECAS.

Guesmi is apt in his lamentation on the difficulties that Africa-based scholars face in order to attend such conferences in the Global North. I won’t repeat it here but I witnessed, first-hand, in the recent ASA annual meeting in Atlanta when I woke up early in the morning to listen attentively to an African scholar I have read but never had a chance to meet. He was not there due to unforeseen circumstances. Another one could not make it because of lack of travel funds. The panel of four ended-up having only two panelists.

Holding these conferences in Africa would surely be ideal. But it will only be a partial solution. The problem is not only ontological and geographical, it also epistemological and ideological. Take, for instance, the Review of African Political Economy’s (ROAPE) bold decision to hold successive workshops in Accra, Dar es Salaam, and Johannesburg in 2017-2018. ROAPE’s ideological foundation is Marxist, but its epistemological base is the West, notwithstanding some of its intellectual and political roots in Eastern Europe. This is why one of its contributors has recently queried why major African Studies conferences and journals hardly analyze capitalism, that is, the way Marxists do. ROAPE’s workshop in Dar es Salaam which I participated in indeed attracted a number of Africans, but some of them raised scathing critiques of Marxism in relation to the need to use theories and concepts from Africa and its cultures/philosophies.

Getting visa and travel funds to attend conferences in Euro-America or holding them in Africa may be necessary, but, by no means sufficient conditions for resolving the epistemological crises of disarticulated knowledge production and dissemination. In fact, both can perpetuate the hegemony of western epistemologies and their respective disciplines in and on Africa. This is where, I am convinced, Guesmi misses the point. “The resulting displacement and exclusion of continent-based Africanists”, he asserts, “have undermined the true purpose and identity of Africa studies; a pathological process commonly identified as gentrification.”

By gentrification of the field, he means a marginalization process that has “altered the social character of its community and generated a new set of problems such as visa issues, academic hipsterism, and restricted access to critical research, which risks to permanently exclude continent-based scholars, undermine their crucial contributions, and eventually converts African studies into another impotent, banal field.” This exclusion, however, goes a long way. When Philip Curtin questioned ‘The Ghettoization of African History’ in 1995, he was, in essence, attempting to guard the already exclusive gates of African Studies from ‘Africanization.’

Convenors of ASA’s roundtable on ‘Ghettoizing African Studies? The Question of Representation in the Study of Africa’ in 1995 knew what he meant. For him and many others who could not dare air it public, the gatekeepers of the canons of African History and and African Studies in the Global North were mainly white male scholars. Only once in a while a couple of white women and black scholars would be allowed in the hallowed gates. The fact that it is only in 2018 that Olivette Otele has become the first black woman professor of history in the UK and yet she has to publicly weather criticisms on her credentials is a testament of how the exclusion runs deep. Africa is thus a preciously guarded academic jewel.

Paul Tiyambe Zeleza aptly referred to this battle for gatekeeping in the case of the US as the ‘The Perpetual Solitudes and Crises of African Studies….’ in 1997. “African Studies was pioneered in the historically black universities long before it became fashionable in the historically white universities,” he notes, “but this fact was thrown into a historical ghetto of the U.S. racial imagination.” In the 1950s, funds and other forms of support were channeled to the latter at the expense of the former and “so paternity of the field was wrested from W. E. B. Du Bois and given to Melville Herskovits.”

Allman’s recent powerful critique of Herskovits’ role is therefore only a nuanced restatement of what African scholars have decried for over a generation. Or as a colleague who does not mince words has put in his tweet: “‘The whiteness of African Studies will only be acknowledged if acknowledged by a white person’ ~African Proverb #HerksovitsMustFall.” What all these accounts reveal is that what Guesmi refers to as the true purpose and identity of the field remains contentious. His assertion that “African studies have always been for Africans and about Africans” does not hold water.

No wonder David Ndii has responded by tweeting: “African Studies is the pursuit of Africanists, not Africans, and it remains for the most part an appendage of imperialism.” It is for the same reasons that we, Africans who holds degrees in African Studies, shy away from referring to ourselves as Africanists. As Zeleza has  argued in his book on ‘Manufacturing African Studies and Crises’,  the term “Africanist” denotes “the entire intellectual enterprise of producing knowledge based on a western epistemological order in which both educated Africans and non-Africans are engaged.” We are African intellectuals who have stormed the gates of the field to get something out of it, not least because traditional disciplines also marginalize Africa. Like our critical African colleagues in those disciplines, we are struggling to decolonize the Study of Africa.

So, as long as the arduous task of decolonizing the Study of Africa — be it by anthropologists, economists, political scientist, historians or others — remains incomplete, once in a while we will be treated to viral critiques of African Studies. Probably Zeleza anticipated this when he thus stated in 1997: “In reading debates about African Studies over the last few decades I am struck by the persistence of the same questions.” These nagging questions will remain until we transcend the epistemological order that continues to shape the academic disciplines that are deeply invested in studying Africa(s).