Home » General » Inhumane Oddities to Zimbabwean Life. Thanks to State and Private Capitalism.

Inhumane Oddities to Zimbabwean Life. Thanks to State and Private Capitalism. 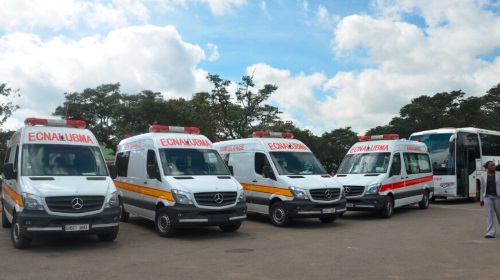 There are certain oddities to Zimbabwean life at the moment. And it takes lived experiences to be able to explain them. Even if our country is neither at war nor tittering at the brink of it.

I have a good comrade that I know that survived a car accident. He was not driving. Nor was he a passenger. He was a pedestrian. And he missed death by a whisker in Harare’s central business district. And this was close to a church. Three vehicles had collided as he was walking toward an intersection and one of them missed him by a whisker. To say it missed him may be an understatement. He jumped out of the way just in the nick of time.

Invariably road accidents happen. But the reason I am citing this particular one is because of what happened in its aftermath.

The first dilemma we faced was getting an ambulance. Initially using our mobile phones we tried the emergency numbers and not surprisingly they were not working. We then tried to get actual numbers of ambulance services and they too were not working. A colleague then went to one of their offices which are close by and upon arrival he called us to say they wanted to ask if we had not already called another ambulance. Slightly surprised at the oddity of the question, we confirmed we hadn’t and they then advised that they are deploying one.

After ten or so minutes, and at least an hour after the occurrence of the accident, the ambulance arrived. The medical personnel asked the slightly shocked comrade as he sat on the ground what medical aid scheme he was on and to which hospital he wanted to go on the same basis. Again, odd questioning. We insisted they check him out first before asking such evidently misplaced first questions. They took him into the ambulance (with equipment that was quite rudimentary), after finally asking the relevant medical questions.

Then the first questions came back again. ‘Which medical aid scheme are you on?’, ‘Which hospital would you like us to take you to?’. The comrade said he was not on any medical aid scheme since he does not have a regular salary though he does part time jobs. He also said he was shaken but felt fine and that he would probably be able to go to a doctor the following morning. We then asked the ambulance crew what all the questions were in aide of and they replied its routine and that those that are not on medical aid are taken to the country’s biggest state hospital (Parirenyatwa).

We asked whether this would be for free and the calmly delivered but shocking response was it would cost US$40 to transport him there.

The comrade who was fine (and is fine) insisted on going home first. But we knew that we didn’t have the amount required to take him to hospital let alone any extra money for whatever the hospital would require. And the ambulance driver, all along acting in the most calm manner, excitedly stated that there has been another accident and that the victims there were on the Public Services Medical Aid Scheme. And they hurriedly left.

What was apparent though not said was that the ambulance services were there for the money. And that they were willing to only commit if there was some form of proof that payment would be made (medical aid or anxious relatives/friends forking out whatever they had).

Luckily our comrade was ok and the following morning undertook the necessary visit of a check up at his preferred clinic (after again looking for some money overnight).

So its an odd life to be a Zimbabwean. And its advised that you do not fall sick or find yourself in a road traffic accident if you do not have money but can still talk. All of which you cannot avoid because they are inevitabilities of modern human existence.

What is happening in our country is a silent but painful dehumanizing of our being. And perhaps it may not happen to you in the immediate but when it does, you will not miss its feeling of depravity and powerlessness.

If there is a solution to this it will have to start with all of us recognizing the importance of valuing human life over and above profit (monetary or otherwise). And to treat each other with the deepest of affection which essentially recognizes that all Zimbabwean lives, no matter class or race, must be enabled to be lived with dignity and respect. And I am not even going to go into a tirade against privatization of health and other social services.