Home » General » Innovation hubs and the privatisation of societal failures

Innovation hubs and the privatisation of societal failures 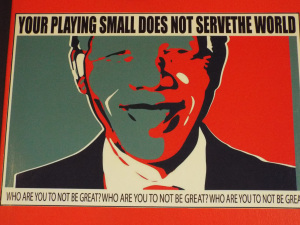 Of course this culture needed spaces that embody this, leading to the uptake of Silicon Valley inspired innovation hubs. These hubs represent a communal organisational form for supporting entrepreneurs, mainly working in the tech space where they can draw on the knowledge of others and self-organise to enable innovation- which is often conflated with invention.

These are often trendy, glamourised co-working spaces based in gentrified areas, or in some cases spurring on the gentrification- a contemporary form of colonising space. They usually have coffee readily available, in well decorated, minimalist, ‘authentic’ settings, where words like ‘agile’, ‘frugal’, ‘lean start-up’ and ‘solutions’ are often heard.

Between September and October, I spent a lot of time in the East of the continent. A lot of my second trip to Kampala was spent at an innovation hub that was started after Uganda was voted the world’s most ‘entrepreneurial country’. It’s aim is to ‘bridge the gap between start-ups and investors’.  This was followed by some time in Kigali, also at one such hub although with a different mission.

Having been at a lot of innovation hubs, both on the continent and beyond, it struck  me just how similar most of them tend to be, transposed from one city, country to another. All with ‘inspirational’ messages all over the walls about discipline, believing in your dreams and platitudes about the need to maintain a positive outlook. It’s noticeable how these messages are all about the individual needing to do more or do something different for things to work out, subtly reinforcing the idea that all it takes to ‘make it’ is the individual ‘pulling themselves up by the bootstraps’.

Considering how the ‘innovation revolution’ became a global affair, it’s in some ways understandable how the physical structuring and organisational model of hubs looks so similar in different places. While it can be questioned whether the structures of hubs as currently done may just not be a right fit across contexts, it is their disjuncture with the social realities in which they are based that I find particularly concerning.

If you fail it’s because you weren’t disciplined, positive and didn’t work hard enough, not that what you were trying to do was happening during a time of mass global inequality, deepened by national governance failures; environmental crises; a lack of social capital and sometimes even support networks. The message becomes “society isn’t failing, you are”, an abusive logic that places the burden on individuals.

Another colleague who recently spent time in Silicon Valley and I were recently chatting about how most innovation hubs, while they have taken on the Silicon Valley structural and organisational make-up they have been unable to create a similar innovation ecosystem- the most important part of its culture- the ability to constantly adapt ideas and fail sooner rather than later. But I later wondered about the different structural constraints such as the ease of creating a company; the lack of safety nets in the instance of failure and funding, which can constrain the ability to easily pivot an idea.

And this is not to say that those in Silicon Valley do not face similar constraints, just that how they manifest in the different contexts, based on a number of factors outside of individual control such as the differences in identities we hold, which may affect one’s ability to attract investors and other forms of funding and a wide range of other socio-economic factors.

I have nothing against these hubs and recognise they offer an important space to people who would in some instances be without, internet access and very useful resources and connections, particularly as someone who was part of the building of a non-profit that in many ways replicated some aspects of the start-up model.

And by no means am I saying that the individuals who make use of them should just give up and wait for the revolution to come. But there’s a lot about them and the current ‘innovation’ hype on the continent that makes me really, really uncomfortable. The way we’re sold seductive, almost too beautiful images of people making it work ‘against all odds’, the images of the exceptions whose innovative ideas take off are presented as if they are the rule.

It almost feels like the way innovation hubs are currently set up signals a much deeper imposition, an evolved way of privatising societal failures, and ensuring this is internalised and reproduced. It’s a lovely thought to believe that all it takes to make it is discipline, ambition and positive thinking, but the reality is these aren’t going to undo deeply embedded structural injustices.

The innovation hype is not going anywhere, anytime soon, especially not with a push for the formation of innovation districts in major cities across the globe. But what I do think needs to happen is that the idea of it as a neutral force needs to die out, for us to re-imagine and re-create it in ways that are more in touch with the socio-economic realities in which these hubs are based. And also much more thought must be given to its ideological underpinnings to ensure that it does not remain an evolved, subtle way of blaming individuals for the trappings created by structural injustices and broader failures to undo them.