Malawi and Zambia Get Maized 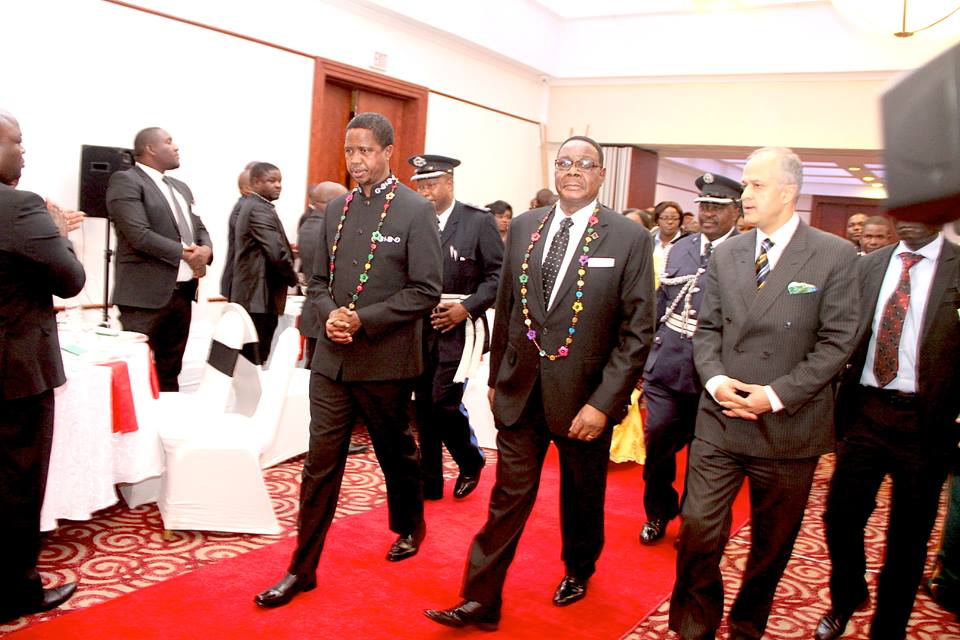 This article was co-authored by  Jimmy Kainja from Malawi

Governments of Malawi and Zambia have come under fire over an alleged maize export scam of 100, 000 metric tons involving about US $13 million dollars.

When the allegations of the scam surfaced, Malawi President Peter Mutharika appointed a Commission of Inquiry to probe into the matters surrounding the procurement of maize from Zambia by a Malawi government subsidiary, Agricultural Development and Marketing Corporation (Admarc) – entrusted with buying and selling of maize at a subsidized rate.

The commission of inquiry commenced its work on 1st January 2017 and been given 30 days to do the work, a deadline, which has passed but the findings of the inquiry are yet to be made public. However, it is doubtful if the inquiry deadline will produce desirable outcome given that new details of the scam are emerging almost every other day in the local media – both in Malawi and Zambia.

The purchase of 100, 000 metric tones of maize was meant to assist with food shortages in Malawi, which like most of southern Africa, experienced partial dry during the last rain season. Speaking in October on his arrival from United Nations General Assembly, Mutharika disclosed that minister of agriculture, irrigation and water development George Chaponda signed a deal to buy the staple grain with Zambian government.

How Legal was the Maize Purchase?

The intention is good and fine. However, as the details of the maize purchase unfolded, it occurred that the purchase had so many holes and unanswered questions. The purchase could have been a fraud after all. A scam involving Admarc and Zambian Cooperative Federation (ZFC), in which the latter over-charged the earlier.

Despite the ZFC’s explanation that the total coast was bloated because it included all the transaction and transportation costs. The fears that the price was bloated so that the transacting companies could use part of the money to pay the “middle-man” handling the case have gained more traction.

Zambia’s opposition United Progressive People (UPP) President Dr Saviour Chishimba confirmed the fears. He informed the media that he had received information from Ministry of Foreign Affairs in Zambia notifying him about the desire of the commission of inquiry to receive his submission on the Malawi maize scandal.

This came a few days after the Zambian government had claimed that the Malawian government had not established any corruption in the alleged maize scam. Meanwhile, civil society in Zambia has stepped up its calls for President Edgar Lungu to issue a statement and demand a report on the revelations from Malawi where he and the Agriculture Minister have been mentioned as the main players in the maize deal.

TIZ Acting Executive Director, Wesley Chibamba says his organization is worried that President Lungu has so far failed to dispel the accusations in the report. Chibamba has since challenged President Lungu to use this opportunity to demonstrate his commitment to fighting corruption within his administration and the country in general.

What is also interesting is the fact that the maize deal took place at a time when the Zambian government has banned all the maize import. However, Zambia authorities have disputed this. Clarifying thus:

“We allowed for the export to Malawi because the contract was signed before the ban on export was effected, the contract was signed in June 2016 under a government arrangement to help Malawi with the commodity following a drought that spared Zambia in the Southern Africa Development Community (SADC),” Agriculture Minister, Dora Siliya told Lusaka Times.

Ms Siliya added that Zambian law enforcement officers would not have allowed ZCF to export maize to Malawi without permission of the government. Siliya said that it was not the Zambian government’s business that their Malawian counterparts had found maize in Zambia to be very expensive because it was not Government selling the maize.

Anger on Both Sides of the Border

The issue has sparked anger on bother sides of the two neighbouring countries. Civil society organisations in Malawi have obtained a court injunction restraining Chaponda from executing his duties as a minister of agriculture until the commission of inquiry instituted by president Muthatika to look into the issue has finished its job.

In Zambia opposition leaders, headed by Saviour Chishimba have taken the Edgar Lungu government to task. Arguing that huge profits from the exportation of maize show that it’s the corrupt government officials who are benefiting on the sweat and blood of peasant farmers. The UPP leader also warned against the transformation of state house into a centre of corruption and the awarding of public contracts.

“It’s very difficult for the President to act when his top level friends in government are involved and this is the reason why we continue to appeal for transparency and accountability in the running of government. The President cannot afford to be the presiding officer of corruption because the country will end up in the mode of each one for himself/herself and God for us all.” Said Chishimba.

Another thing is that President Mutharika has allowed Chaponda to continued discharging his duties even after a court injunction restraining him from discharged his duties. This includes travelling to German on his official capacity as a Minister of Agriculture, Irrigation and Water Development. Civil society organisations have launched a contempt of court case against Chaponda.

It will certainly take time to know the full details of this saga but it is clear is that the two governments have lost any trust their people had in them. In real life, perception matters much more than hard facts and the current perception is that of corrupt, self-serving and thieving governments.