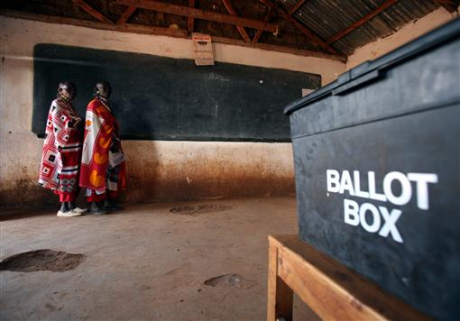 The recent happenings in Kenya call for sober reflection on the nature of our democracy, and by extension, our political culture. When we champion ourselves as a model of democracy in (East) Africa, is that an accurate description? Could it be that we are self-delusional?

As Marcus Tullius Cicero keenly noted, salus populi suprema lex esto (the welfare of the people is the final law). Anything short of this degenerates into what Fareed Zakaria and Muslim scholar Shadi Hamid classify as illiberal democracy. Herein lies the true state of Kenya’s political self-understanding. In an illiberal democracy the politician’s deified voice, masquerading as a champion for freedom, towers over the people emasculating their needs in the quest for self- preservation.

In Temptations of Power, Hamid conveys a clinching argument regarding constitutional liberalism. Namely, constitutional liberalism offers a stark contrast to naively championed and disfigured democracy. It encapsulates a bundle of possibilities reflected through free and fair elections, rule of law, and a variety of inalienable liberties. Yet, in the Kenyan democratic space, such bundles are often dislocated from their constitutional moorings, hence illiberal democracy. For Hamid, such illiberalism is “a byproduct of a more basic, naked desire to consolidate power.”

In an illiberal democracy, issues are lost at the expense of political posturing, and self-aggrandizement. Equally overwhelming is the fact that illiberalism begets a political culture suffering from a dearth of ideological insights. Recent events in Kenya i.e., a mock coronation and heavy handedness from the government, are all veritable signposts of a power hungry and deeply insensitive political culture. Of course, its natural progeny is illiberal democracy. That the opposition sees it fit to carry out a mock coronation really typifies Kenya’s never ending electioneering period.

Conversely, the government’s tyrannical antics is emblematic of a system hamstrung by rabid concerns of illegitimacy. In such a balkanized political culture, the dynamics play out via an ill-conceived social calculus that severely oppresses the ordinary citizen (Wanjiku) i.e., even as Wanjiku becomes the infantry man/woman carrying out the politicians’ wishes, while clamoring for handouts. Herein, the politician’s elevated status beguiles Wanjiku into feeding on ethnocentric vitriol, while pandering to divisive political rhetoric. This is true of Wanjiku, whether living in shanty towns or hallowed middle class enclosures. While the former bear placards and hurl stones, the latter spew ethnic shades and narrow-minded ideology by hiding behind the social media pulpit. Sadly, this political melodrama occurs against a vicious and unforgiving poverty cycle.

What the Kenyan citizenry needs to do this time round is to call close ranks in order to robustly champion our collective self-interest. Rather than pandering to the whims of ethnic warlords, in our quest for nation building, Kenyans should aggressively interrogate the governing party’s policies, actively challenge the opposition to develop an alternative agenda, and keenly engage civil society to agitate for their rights.

Liberal democracy flourishes when constitutional regards are vouchsafed. This frees Wanjiku to access an overlapping bundle of socio-political, cultural and economic entitlements, which eventually translate to human development. Citizen’s welfare and constitutionalism become guiding and transformative signpost in the quest for political agitation. Because liberal democracy is founded on the principles of trust, accountability and transparency, it unites government, political players (opposition), and citizenry in an equal social contract. Ultimately, and borrowing from evangelical sensibilities, it strives to ensure that the voice of Wanjiku is not only the final law, but also, the voice of God (Vox populi Vox dei). So, which one is it, liberal or illiberal democracy?  So far, political intrigues and citizen inaction point to the latter.

“My writing seeks to evoke a sense of urgency and activism from the general public, by exploring the intersections of current social issues, and how they impinge on citizen welfare.  My writing attempts to negate a political culture that reduces Africans to marginal actors, while affirming positive from the African public.”