Home » General » Regional Outlook: A zoom into Southern Africa in 2022 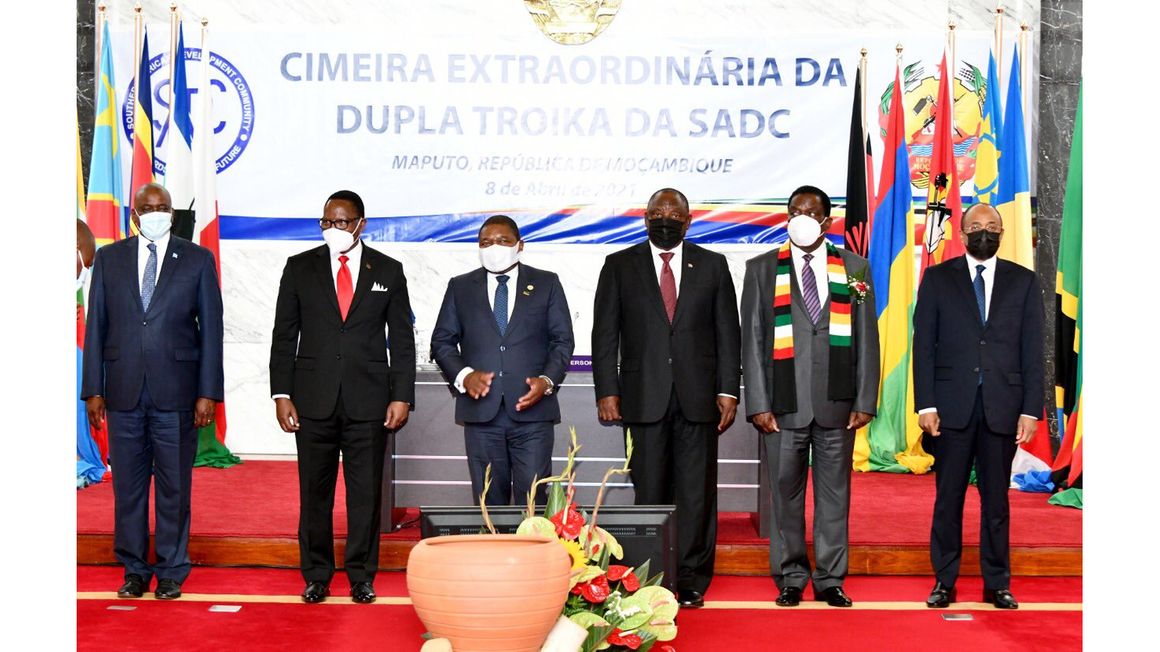 The year 2021 was quite a challenging one for the SADC region, the deadly Covid-19 pandemic and its new variant, omicron. The regional body SADC found itself seized with a cocktail of challenges and met several times to try and address the challenges affecting the region.

The insurrection in Mozambique, the demonstrations that rocked eSwatini demanding the end of the Monarch, elections in Malawi and Zambia were some of the challenges that confronted the region.

The discovery of the omicron variant in South Africa caused an uproar after the United Kingdom and EU countries imposed travel bans for Southern African countries. As we begin the year, the region is hopeful to confront the political and economic challenges affecting the region.

The election of Lazarus Chakwera in 2020 signalled hope for many Malawians who yearned for change after years of misrule by former president Peter Mutharika.

Already in recent months, thousands have taken to the streets of major cities in protest at high prices. Malawi’s president announced a plan to help the country’s struggling economy recover from the impact of the COVID-19 pandemic.

The plan, which includes government-wide spending cuts, follows nationwide protests against the high cost of living in Malawi, one of Africa’s poorest nations. President Chakwera promised to create one million jobs and to set Malawi on the path to an upper-middle-income country.

Despite a government promise to modernize and industrialize the economy, nearly 80% of Malawians are employed in agriculture, according to a recent World Bank report.

Will 2022 be a defining moment for president Chakwera as he is faced with a frustrated populace that is running out of patience for him to deliver on his promises?

The Kingdom of eSwatini was up in flames in May 2021 following violent protests against the death of Thabani Nkomonye, a 25-year-old University of Eswatini law student, at the hands of the police.

Since the incident pressure has been mounting for the monarch to do constitutional and political reforms in the country.

Three members of parliament – Bacede Mabuza, Mthandeni Dube and Mduduzi Simelane – joined the #justiceforThabani movement’s call for constitutional and political reforms. The government responded by banning the delivery of further petitions and this resulted in the protests becoming violent.

While the king and his family live an extravagant and opulent lifestyle the majority of the citizens continue to live in abject poverty spurring on citizens’ demands for democratisation, civil liberties and greater participation in the economic and political affairs of the kingdom.

The Southern African Development Community (SADC) Secretariat was mandated to work with the Eswatini government to draft the terms of reference for the national dialogue forum but there has been little progress because of SADC’s lackadaisical approach and also the Mswati’s lack of commitment. Some observers are urging SADC to take a clear, definitive and assertive stance to define the pathway to resolve the impasse between the king and the country’s citizens.

The conflict in Mozambique’s northernmost province of Cabo Delgado is ongoing despite the deployment of Rwandese and SADC forces.

Insurgents linked to the Islamic State have staged attacks since October 2017 in Cabo Delgado, a coastal province rich in natural gas reserves and host an estimated $60 billion worth of international investment in gas projects.

The violence has left at least 3,100 dead, according to the Armed Conflict Location & Event Data Project (ACLED), which tracks political violence around much of the world.

According to UNICEF an estimated 856,000 people, nearly half of them children have been displaced because of the conflict. The SADC military support mission in Mozambique which was due to end its mission to the end of January has been extended by three more months.

The year started on a high note in South Africa with the release of the state capture report by the Zondo Commission of Inquiry to probe corruption and state capture. The judicial investigation revealed how some of the party’s top officials had benefitted from corruption. President Cyril Ramaphosa is under pressure to act on the report’s recommendation.

Of significance, this year is the ANC elective conference in December, in which President Ramaphosa will be seeking a fresh mandate to lead the party.

The conference comes at a time amid serious factionalism and divisions within the rank and file of the governing party divided between those backing Ramaphosa, who is also president of the party, and those loyal to former President Jacob Zuma, who has been embroiled in legal battles since he left office in 2018.

Though out of power, Zuma has remained a significant factor in the ruling party’s internal political dynamics and still has some sort of grip.

His refusal to appear before the commission of inquiry saw him sentenced to 15 months in prison in July last year, which sparked riots that descended into widespread looting and destruction of property in the KwaZulu-Natal and Gauteng provinces. More than 340 people died in the rioting.

The election of opposition leader Hakainde Hichilema as Zambia’s seventh president on 24 August 2021, after winning a landslide victory in an election held two weeks earlier heralded a new dawn for the country.

Edgar Lungu’s PF had been in power After ten years of PF causing economic and political decay as the democratic credentials significantly eroded.

Corruption continued to rise while the economy continued to suffer from the country accumulating a huge debt the PF government had defaulted on a Eurobond payment. The coming in of Hichilema’s was, therefore an opportunity for economic recovery, an end to corruption, restoration and opening up of democratic space.

Almost five years after the removal of Zimbabwe’s dictator Robert Mugabe from power, the country’s political and economic trajectory is worsening.

While the ouster of Mugabe signalled hope for many Zimbabweans the past few years have proved otherwise with the ruling party under the custodian of Emmerson Mnangagwa derailing progress by a worsening human rights record, poor economic governance, and an increase in corruption.

His reign has also seen the shrinking of democratic space as seen through the introduction of draconian pieces of legislation, all of which are a cocktail of disaster for the country and its citizens.

The army, the police and the judiciary continue being used to suppress citizens. While Zimbabweans have been clamouring for the government to fully implement the country’s constitution which was adopted in 2013, the government of Zimbabwe have already sponsored a raft of amendments that many observers say are meant to consolidate Mnangagwa’s power.

NGOs are facing closure as the government is eager to pass the Private Voluntary Organisations Act which is meant to regulate the work of NGOs and civil society. The actions of the Zimbabwean government are pointing to a regime that is eager to have a one-party state system of governance. The country will be going for elections in 2023 amid serious divisions within the ruling ZANU PF party and thus 2022 promises to be an eventful year as the opposition and civil society are pushing for electoral reforms before the 2023 elections.