South Africa Unrest: Why Zimbabwe is catching a cold 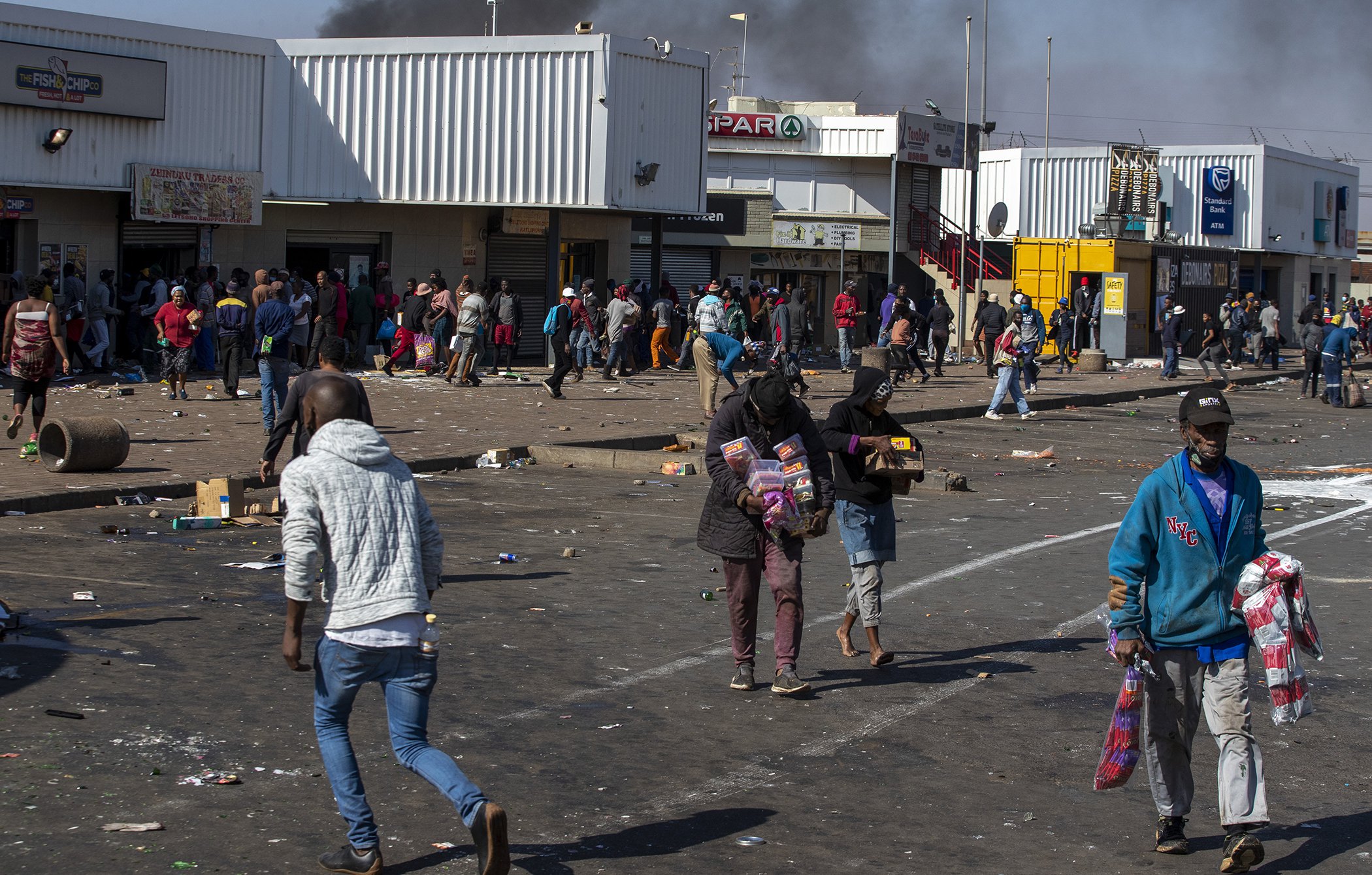 From the time a baby is born in Zimbabwe, most of the goods they will consume are manufactured in South Africa. These are in the form of bedding, clothing, nappies, bath soap, baby lotion and milk supplements. A well-stocked local shop in Zimbabwe’s high-density suburb sells an average of eight different types of South African made lotions, varied in prices depending on quality.

The World Integrated Trade Solution website indicates that in 2019, Zimbabwe’s top trading partners for exports were South Africa followed by the United Arab Emirates, Unspecified, Mozambique and Belgium and for imports, South Africa again was on number one followed by Singapore, China, India and Mauritius.

Goods imported from South Africa range from machinery, nuclear reactors, and boilers to cereals and Plastics that gobble millions of dollars. In 2020,  Zimbabwe paid South Africa USD 184.04 million for Cereals and USD 126.49 million for plastics, according to trading economics.

Zimbabwe benefits from South African industries, just as the South Africans benefit from Zimbabwe in the form of labour and some primary goods.

While there is no exact data as to how many Zimbabweans live in South Africa, there has been increased recent migration following harsh economic conditions in Zimbabwe.

Trade between South Africa and Zimbabwe though skewed towards Pretoria is under serious threat. Zimbabwe’s neighbour is in a crisis with citizens revolting and taking to the streets, in what began as a protest over the jailing of former South African President Jacob Zuma, in KwaZulu-Natal province.

As of Tuesday (13th July 2021) more than 70 people had lost their lives in the chaos while another 1200 had been arrested for participating in the looting and anarchy that rocked parts of the country for five days now. Fears of food and fuel shortages are now rife as the chaos enters its sixth day.

Television networks beamed the unrest showing burning warehouses, supermarkets and grocery stores. Looters carried whatever they could from malls; some dragged freezers, others running across the street with television sets. There were images of looted shoe shops, butcheries, alcohol shops and not even pharmacies were spared.

It is not a secret that Zimbabwe’s manufacturing industry is currently operating at an all-time low. The country has been running as a ‘province of South Africa’ for a long time, consuming and paying for its goods. The news of unrest across the border is worrying because South Africa is our lifeline.

Durban, a port in South Africa’s KwaZulu-Natal province that seems to be the hardest hit, is already causing hitches in the transportation of oil to Zimbabwe. There is little activity currently going on at the Limpopo border causing panics that might be felt in the whole of Southern Africa region, but more so in Zimbabwe.

This was reiterated by a statement released from the office of the AU Commission Chairperson, Moussa Faki Mahamat who called for a swift restoration of order.

Here in Zimbabwe, we have started talking about the South African crisis and its impact on our nation. We are in a fix. Zimbabweans on Twitter feel that it is high time, Zimbabwe develops other options of delivering goods through ports in Tanzania, Mozambique and Namibia.

This development is also a wake-up call for Zimbabwe to get back on its feet and start manufacturing finished products.

I spoke to Denford Mutashu, President of Confederation of Zimbabwe Retailers about the developments across the border and how they will affect life here.

“In a global village, the social, economic and political relations between Zimbabwe and South Africa should be safeguarded by any means. The convenience of the Durban port to Zimbabwe and other countries in the region is affected negatively as it is one of the conduits through which Zimbabwe transport capital goods, machinery and other essentials from China and other countries,” she said.

Dr Tinashe Manzungu President,  Zimbabwe National Chamber of Commerce said transport business has been affected so far disrupting the supply chain. This was anticipated because the province of KwaZulu-Natal where the crisis is emanating from is the Port town where our supplies pass through.

All this is happening at a time when South Africa is under a Level 4 lockdown due to rising COVID-19 cases. As was witnessed, not many people involved in the looting wore masks, observed physical distancing, washed or sanitised their hands. If this is to result in an upsurge in infections in South Africa, the repercussions for the region, and Zimbabwe in particular will be dire.

This is even before we talk about the Zimbabweans who have lost their jobs in the looted establishments and may have to come back home to an already overstretched economy. It is my hope this does not degenerate into a revolt that will deal a blow to the regional economy.

Most Zimbabweans in SA have no proper documentation, especially those in SA’s high-density areas. The violence witnessed in the last couple of days may also trigger unrest within the different communities living in the country. Already flareups were being witnessed in parts of Durban between local communities.

What is happening in South Africa and earlier on in eSwatini Should however provide a good opportunity for Zimbabwe’s leadership to learn not to take the calm that we currently enjoy for granted.

We are waiting with bated breath for ending signs of the crisis in South Africa. We hope that something will have to give for the realisation of peace and getting back to normalcy across the border.

For Zimbabwe,  this is the time to start exploring ways of standing on our feet and building a vibrant manufacturing sector. It is possible, this crisis in South Africa can spur us to be more diligent and develop home-grown solutions to our challenges.