Strategies to Counter Shrinking Civic Spaces: The Case of the Disability Movement 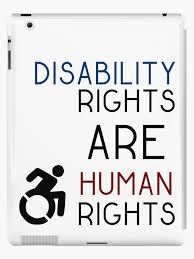 There is a growing culture of intolerance and impunity by some African leaders. This makes it increasingly difficult for civil society movements to play an effective role in keeping governments in check, particularly on their observance of human rights and the rule of law.

Persons with disabilities are a historically marginalised group who experience some of the highest levels of poverty and illiteracy on the continent of Africa. They are often not included in public programmes aimed at delivering social and economic services and benefits on an equal basis with others.

Most counties have for decades viewed persons with disabilities as a separate group.  They were objects for charity and public sympathy with no regard to their potentials, individual talents, or dignity as people.

Because of this history, persons with disabilities have grown a thick skin to public ridicule and have learnt over the years to forcefully demand necessary services and support. They have over the years taken a militant approach to advocacy, where public protests became an important tool to air their grievances. Street begging has also been used as a tool of protest by persons with disabilities against a society that does little or nothing to understand them and their plight.

However, with a growing culture of intolerance and use of oppressive laws like the repressive Zambian Public Order Act, persons with disabilities have sometimes found themselves on the wrong side of the law and haves become victims of brutality at the hands of law enforcement personnel.

On 22 April 2017 video footage emerged of a uniformed police officer in Angola’s capital, Luanda, beating a peaceful protester in a wheelchair until he fell to the ground. As was reported by Human Rights Watch:

This example among many others across the continent demonstrates the need to entrench a culture of tolerance among African leaders. It also points to the need for innovative ways to carry out advocacy in order to get the change desired even in the face of hostile regimes and unsupportive legal frameworks.

It is important therefore for the disability rights movement to develop synergies with the wider human rights defense mechanisms in their countries and work using the media, online platforms and the courts to achieve respect for their rights.

In addressing the need for innovative advocacy strategies, disability rights movements in Africa are increasingly using strategic advocacy approaches. They are testing the law and using the courts to denounce laws that fly in the face of the rights of persons with disabilities.

These strategies are even more necessary for groups that are more disadvantaged within the disability community. These groups include persons with psycho-social disabilities, persons with albinism and women and girls.

Without strong laws and effective enforcement mechanisms, these groups often need more intensive support, or they will continue to suffer and die in silence.

The case of advocacy for the repeal of Zambia’s archaic Mental Disorders Act is an important example of how a good mix of advocacy actions can lead to public demand for reform and improved practices by State institutions.

Activists used the media, strategic engagements with duty bearers, strengthened self-advocacy capacity and vocal initiatives by human rights defenders to advocate for the rights of persons with mental and psycho-social disabilities in Zambia. Because of these efforts, changes in mental health policy and practices are beginning to roll out and the new Mental Health Act is close to being passed.

When three persons with psycho-social disabilities in Zambia under the auspices of the Mental Health Users of Zambia (MHUNZA) decided to petition the Lusaka High Court seeking a declaration that the Mental Disorders Act be annulled on account that it violated their rights, the republican Constitution and the international human rights standards that Zambia subscribed to, they had no idea of the far reaching implication of their action [Mwewa and Others v Attorney General and Another, (2017)].

The judiciary was at pains to nullify the whole law but agreed with the petitioners on all grounds and strongly called for a review of the law by the other arms of government. This approach demonstrates that strategic action can achieve amazing results, even if it sometimes takes time.

The State has developed a national policy on disability which, despite not being compliant with the CRPD, does attempt to put in place some framework for implementation of measures aimed at addressing identified priority areas for the achievement of the rights of persons with disabilities.

Human rights defenders continue to use these documents to highlight failures of State proclamations and to demand improved delivery of services to persons with disabilities.

The Zambian government has also made global disability commitments. These commitments include signing on to the 2018 Global Disability Summit – Charter for Change, with specific benchmarks such as to promote inclusive education at all levels by 2022.

The government also committed to increase budgetary allocation towards purchase of assistive technology and capacity building of local manufacturers; to mainstream disability in all sectors through focal point persons; and initiate and improve targeting and programming of projects for girls and women with disabilities in rural areas.

All these commitments together with the targets and activities spelled out in the National Disability Policy call for effective monitoring including the deployment of budget tracking processes by civil society and like-minded human rights defenders.

Whilst old style public mobilisation tactics send a strong signal to duty bearers and communicates their direct feelings on a matter, governments continue to hold dear to laws that make it easy to quell public gatherings.

For persons with disabilities, who have limited capacity to escape physical danger or defend themselves from attack, they increasingly now depend on the media to get their messages across. Popular theatre and cultural performances are now responding to the disability inclusion agenda. For example, Zambia now has film productions that depict a positive message on persons with disabilities.

The campaign for the repeal of the Mental Disorders Act has taken over a decade and over hundred radio programmes and hundreds of news items and interviews have been given on the subject. This has helped build some of the momentum we hope will lead to the new Mental Health Act.