Home » General » Tanzania: There is still hope for Kilimanjaro

Tanzania: There is still hope for Kilimanjaro 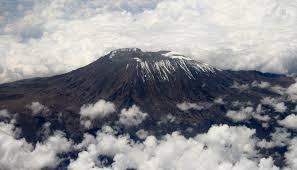 The COP21 conference that took place in December last year in Paris was a historic climate change conference, as almost 200 countries signed a binding agreement to fight climate change. Due to global warming the average temperature in the world is increasing every year. Scientists have for many years predicted that if the worlds average temperature rises by 2 degrees Celsius, climate change will increase to a whole new level and the results could be disastrous. During the conference  in Paris, Tanzania was hoping that the countries of the world would agree to limit their carbon emissions in order to make sure that the worlds temperature doesn’t increase by more than 2 degrees. This goal is in the agreement signed by country leaders, but whether the financial backing for it is there is not as certain.

In addition together with climate change causing the ice caps to melt, there is also deforestation that is further troubling the communities around Mount Kilimanjaro. The deforestation in this area causes soil erosion and less transpiration and evaporation.

It is however a new year, 2016, and Mount Kilimanjaro, the roof of Africa, can look forward to the fact that there are tree planting projects on the way in the region. People in the communities are also helping out to spread awareness, and a satisfactory target has been set by the World’s leaders in the COP21 conference.

There is still hope for Kilimanjaro.

“The international political response to climate change began at the Rio Earth Summit in 1992, where the ‘Rio Convention’ included the adoption of the UN Framework on Climate Change (UNFCCC). This convention set out a framework for action aimed at stabilising atmospheric concentrations of greenhouse gases (GHGs) to avoid “dangerous anthropogenic interference with the climate system.” The UNFCCC which entered into force on 21 March 1994, now has a near-universal membership of 195 parties.

The main objective of the annual Conference of Parties (COP) is to review the Convention’s implementation. The first COP took place in Berlin in 1995 and significant meetings since then have included COP3 where the Kyoto Protocol was adopted, COP11 where the Montreal Action Plan was produced, COP15 in Copenhagen where an agreement to success Kyoto Protocol was unfortunately not realised and COP17 in Durban where the Green Climate Fund was created.

In 2015 COP21, also known as the 2015 Paris Climate Conference,  for the first time in over 20 years of UN negotiations, aimed to achieve a legally binding and universal agreement on climate, with the aim of keeping global warming below 2°C.