Home » General » The girl child is not weak or less smart. No!

The girl child is not weak or less smart. No! 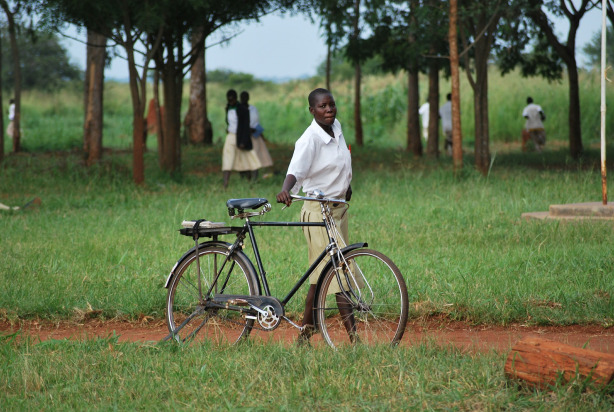 It is by standing up for the rights of girls and women that we truly measure up as men. Desmond Tutu

When activists stand up and sound out a call to respect the girl child and the Ugandan woman let us not make this a partisan call like as if the high maternal rates affect only those who are not members of the ruling party or those young girls whose parents cannot afford to buy sanitary pads or towels are from one region of the country. These challenges affect the entire nation from border to border. We call for respect for the girl child and the woman because they are equal human beings. In Uganda today, I can speak with my head high that they are women that have performed and excelled in areas where men have failed.

When you hear of women like Julia Sebutinde who was the first African woman to sit at the International Court of Justice (ICJ). She was also the first lady to carry out an inquiry into Uganda Police and her recommendations were never implemented by a man who has been President for three decades. The problems she highlighted, then have still held our Police force captive.

Julia Sebutinde is a Ugandan judge on the ICJ. She also is the current chancellor of the Muteesa I Royal University a university owned by Buganda kingdom. She has been a judge on the court since March 2012. She is the first African woman to sit on the ICJ. Before being elected to the ICJ, Sebutinde was a judge of the Special Court for Sierra Leone. She was appointed to that position in 2007.

Margaret Mungherera (RIP) one of those women that have stood up for the rights of health workers and she never relented in her struggle for a better health care system and administration.

Winnie Byanyima became the first female Ugandan to become an aeronautical engineer, a feminist, democratic governance and peace building woman leader. Winnie served eleven years in Parliament of Uganda and has served at the African Union Commission and as Director of Gender and Development at the United Nations Development Program. She co-founded the 60-member Global Gender and Climate Alliance and chaired a UN task force on gender aspects of the Millennium Development Goals, and on climate change.

To become successful these women were respected and supported by a country that they called home.

Uganda, like many other countries in Africa, has prioritised education of children and especially the girl-child. This has been achieved through the Universal Primary Education which was introduced in 1997 that led to high numbers of enrolment and massive entry of girls into the education system; so much so that, gender parity ceased to be an issue in Uganda. According to the 2013 MoES Gender Audit, enrolment in the primary schools was 50.11 for girls and 49.9% for boys.

A study carried by UNESCO revealed that Uganda has the highest dropout rate in East Africa with up to 75% the pupils dropping out, most of which are girls. While there are multiple factors for the drop out of girls, a bigger contributor is the poor management of the monthly menstruation cycle.

The government of Kenya’s budget of 2016/2017 put aside 400 Million KSh in resolving this concern that was contributing to the dropout rate of the girl child from school. If Uganda was any serious the ministry of gender and education would start listening and find ways to contribute to keeping girls in school.

The First Lady of Uganda, Janet Museveni revealed to the nation during her interview on NTV that MPs in Parliament of Uganda had said in private that giving free sanitary pads to school going girls would make parents lazy and the idea was to let them (parents) provide sanitary pads for their children. The point has not been that parents have resources and they have refused to provide these towels for their children. No!

The fact is that these rural parents cannot even afford to buy exercise books for their children, some children who used to read on a lantern are not in a position to open their books at night because their parents cannot even afford to buy paraffin to light those lanterns. The story of poverty in rural Uganda is a true and living tale that we can either face or hide our heads in the sand and just call them beggars who are there who wait to be given.

For two decades, Mr Museveni has continued to put aside billions for getting poor Ugandans out of poverty, but many of these are used as a cash cow for the well entrenched in the system to get even richer. These programs have indeed been the source of survival the people in the regime, so when a parent in Bukedea tells you he or she cannot afford to buy sanitary pads you can understand. In Bukedea where a study of school going girls was done and it was discovered that when a girl is in menstruation period would take from three to nine days without coming to school because they don’t have sanitary towels or pads. The challenge is not only the sanitary pads but also menstruation health education is lacking in our schools.

Just like Uganda’s neighbour, Kenya there is something to learn about their government’s entry into a campaign that put the girl child first. National budgets are about service delivery, securing a future of the girl child through giving them free sanitary pads can be a game-changing intervention in Uganda’s future.

The struggle for respecting and protecting the girl child is a real and a serious struggle for our country. We must face it as a country!