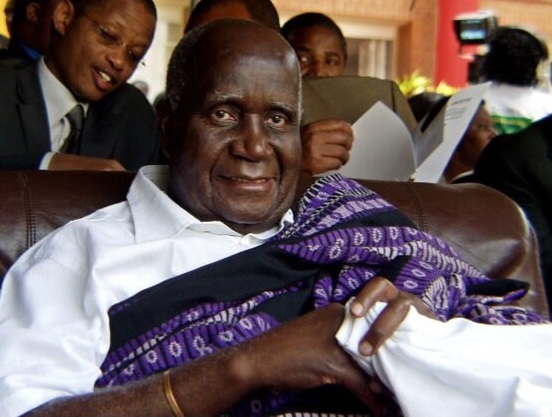 Kenneth Kaunda will be laid to rest in Lusaka today. His final resting place will be at the presidential burial corner, where lies the remains of his fallen compatriots Michael Sata, Levi Mwanawasa and Fredrick Chiluba. He died at age 97 in Zambia’s capital Lusaka on 17th June 2021.07.

Even as the curtain falls on one of Africa’s gallant sons, the history of his legacy remains checkered. Some analysts suggest that Kaunda Kaunda did more for other countries than he did for his own. His legacy across the continent and the globe is inextricably linked to his passion for the political liberation of the continent of Africa and to a degree his contribution to the growth of pan-Africanism. He is widely heralded as the father of African socialism which he coined under the brand philosophy of humanism.

Zambia has declared a 21 days long period of national mourning with a non-working (holiday) period between 2nd July to the day of his burial on 7th July 2021. Citizens across the country were accorded an opportunity to pay their last respects to the country’s founding father with funeral procession and services held in all ten provincial capitals.

In July 1961, Kaunda organised a protest in Zambia’s Northern Province (what was then called Northern Rhodesia), which became known as the Cha-cha-cha campaign. It was one of civil disobedience and included strikes, setting ablaze key buildings or areas, blocking roads, boycotts and protests in Lusaka and across the country.

He got his inspiration for the protests from India’s Mahatma Gandhi and after visiting Martin Luther King Jr. in Atlanta, the US in July 1960.

Kaunda campaigned against the British plan for a federation of Southern Rhodesia, Northern Rhodesia and Nyasaland, which would increase the powers of white settlers. He took up politics full-time, learning the ropes through working for the liberal Legislative Council member Sir Stewart Gore-Browne. Soon after, as secretary-general of the Northern Rhodesian African National Congress, he was jailed for two months with hard labour for distributing “subversive literature”.

After his release, he clashed with his organisation’s president, Harry Nkumbula, who took a more conciliatory approach to colonial rule. Kaunda led the breakaway Zambian African National Congress, which was promptly banned. He was jailed for nine months, further boosting his status.

A new movement, the United National Independence Party (UNIP)), chose Kaunda as its leader after his release. He travelled to America and met Martin Luther King. In 1962, encouraged by Kaunda’s moves to pacify the white settlers, the British acceded to self-rule, followed by full independence two years later. He emerged as the first Zambian president after UNIP won the election.

When UNIP assumed power at Independence it was relatively free from internal conflict. During the colonial era, it was easy to maintain unity among the factions because there was one common enemy i.e the settler dominated Government.

Moreover, there was less intense competition for political posts within the Nationalised Movement during the Independence struggle because full-time leaders suffered poverty, harassment, detention and restriction, and therefore they did not command much admiration.

However, the situation changed radically at independence as the struggle against colonial rule was replaced with the struggle for senior political posts.

A leadership position brought with it wealth, power and prestige. Two factors reinforced the increased competition for senior political posts:-

1) There was a close correlation between UNIP Central Committee posts and Cabinet posts.
2. Many UNIP leaders lacked adequate education to enable them to earn in non-political posts, salaries comparable to those they carried as Ministers, M.P.s and District Governors.

Unlike politicians in the US and Western Europe who are often well educated and wealthy, Zambian politicians have an unusually high personal interest in retaining political posts. Hence they fought for these posts with great determination and even exploited regional and tribal differences. This is because they knew that should they lose those positions, they would once again suffer serious poverty.

It is not surprising, therefore, that throughout the first Republic UNIP was raked on the distributions of top posts of course in fighting for these posts. People used any and every available resource, both legal and illegal, to ensure that they obtained or maintained their positions.

The first major split in UNIP came in 1966 when a Cabinet Minister, Nalumino Mundia, broke away and formed the United Party (UP). This Party drew most of its members from the Lozi-speaking people who feet dissatisfied with;

a) the distribution of top political and civil service posts
b) large unemployment resulting from General Labour Recruitment System.
c) and the slow pace of economic development in Western Province.

As the UP extended its influence to UNIP strongholds especially on the Copperbelt, violent clashes between supporters of the two parties occurred. In 1968, U.P was banned and its leaders were detained or restrained because the party was allegedly a threat to public security. Members of the party transferred their support to ANC and Nalumino Mundia became ANC Deputy President.

The year 1967 witnessed serious Rivalry within UNIP over elections to its party’s Central Committee with the Bemba-Tonga electoral Alliance under Senior Mwansa Kapwepwe pitted against a Njanja-Lozi alliance headed by Reuben C. Kamanga.

The alliance led by Kapwepwe won all but one seat. Kapwepwe was then appointed UNIP Deputy leader and Vice President. However, these elections did not resolve the conflict in UNIP as the defeated faction vigorously disputed the results. The escalating sectional rivalries in UNIP came to a head in February 1968 at a meeting of the party’s National Council. The struggle for power by the competing factions was so acrimonious that Kaunda in disgust resigned as Republic President. However, after 12 hours he was persuaded to rescind his decision by both factions because they realized that without him the party would fall apart.

During the one-party rule of 17 years, everything in Zambia revolved around Kaunda. A personality cult grew around President Kaunda whom party propaganda portrayed as indispensable for the continued unity, stability and prosperity of the country, for example in 1973, the Government directed all sports associations, clubs and unions to stop using the title of “President” for their leaders as it was reserved for Kaunda only.

Anyone who considered challenging the father of the nation was defined as being power-hungry by the Party organs whose very careers were closely intertwined with the Party Presidents. The psychopaths around Kaunda realised that without him at the helm they could lose their positions and all the tremendous power and prestige that came with them.

As a result, both Republican and Party Constitutions were designed to preserve and enhance Kaunda’s position and the presidency to the exclusion of everyone else. The members in power did everything they could to maintain the status quo.

Kaunda joined apartheid South Africa’s hard-line prime minister BJ Vorster in mediating a failed bid for an internal settlement in Rhodesia (Zimbabwe) in 1975. He attempted the same in South West Africa (Namibia), which was then administered by South Africa. But President PW Botha, who succeeded Vorster after his death, showed no interest.

Kaunda helped lead the Non-Aligned Movement, which brought together states that did not align with either the Soviets or the Americans during the Cold War. He broke bread with anyone who showed an interest in Zambia, including Romania’s Nicolai Ceausescu and Iraq’s Saddam Hussein, while also cultivating successive American presidents (having more success with Jimmy Carter than Ronald Reagan). He invited China to help build the Tazara Railway and bought 16 MIG-21 fighter jets from the Soviet Union in 1980.

Long after he was ousted as president, Kaunda continued to be warmly received in African capitals because of his role in allowing liberation movements to have bases in Lusaka. This came at a considerable economic cost to Zambia, which also endured military raids from the South Africans and Rhodesians.

Kaunda won kudos abroad for what was considered to be his gracious response to electoral defeat, but the new government was less magnanimous. It placed him under house arrest after alleging a coup attempt; then declared him stateless when he planned to run in the 1996 election (on the grounds that his father was born in Malawi), which he successfully challenged in court. He survived an assassination attempt in 1997, getting grazed by a bullet. One of his sons, Wezi, was shot dead outside their home in 1999.

Kenneth David Kaunda was born in Chinsali, Northern Zambia, on October 24 1924. Kaunda trained and worked as a teacher following in the footsteps of his missionary parents.