Home » General » What if Olduvai Gorge is in Kenya?

What if Olduvai Gorge is in Kenya? 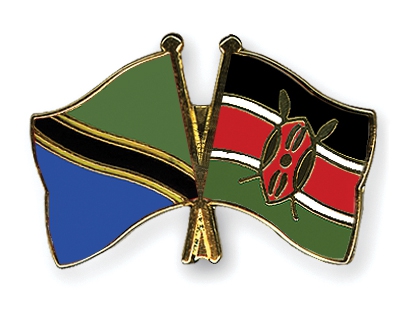 “And let’s not forget, Kenyans & Tanzanians, that both Tanzania and Kenya are in Africa” – Issa Shivji

The Internet has provided humanity with a social space that was unimaginable not very long ago. Information travels faster like never before, an incident in the streets of Lilongwe is a click away for someone in Shanghai and vice versa. The amount of information we are bombarded with every time we switch on our internet-connected computers or smart phones to be precise, is sometimes too much to read. We receive video and audio clips of all sorts, images we would and wouldn’t want to see, breaking news coming from right, left and center- just to keep you posted, so is the logic.

A few days ago ‘news broke’ that Olduvai Gorge is in fact in Kenya! The news breaker was a Kenyan named Rosemary Odinga, who took the advantage of International Young Leaders Assembly (IYLA) meeting in New York last year to make the announcement. This is what she said:

“…. You see up until then I had been taught that the oldest fossil was found in Kenya, a place called Olduvai Gorge. And that Kenya was a cradle of mankind… which means when I look at all of you here no matter which country you come from, to me you are all Kenyan!”

The news made it to the social media- that space so egalitarian that everyone’s opinion seems to matter. As anyone could have predicted, Tanzanians were aggrieved and wasted no time to vent their anger on Twitter, Instagram, Facebook, WhatsApp, you know, these online platforms.

I would be very surprised if Kenyans were at least not embarrassed seeing a daughter of the soil making fun of their education system on that international podium. Nevertheless, Tanzanians turned in numbers on social media, references were made that Kenyans have made it a habit of “stealing from us”, and that they have been stealing Mt. Kilimanjaro for sometime now but because their belly is too big to be full now they want “our Olduvai Gorge!”

Despite a well-worded apology, a big section of an army of Tanzanian netizens (citizens of the internet) was having none of it. Most of them resorted to abuse, calling her names and all sort of nasty comments popped up. The thing with internet is that it has produced space for keyboard warriors, bullies, bigots, sexists, misogynists, and racists to air their opinions without having to look over their shoulders.

Now back to Odinga. I am not a psychologist nor am I an expert in body language but when I first looked at the video of her speech, I took it for granted that she was only being ignorant rather than someone “stealing” the Gorge which every history record, except for her history book- of course, shows that it is located in Tanzania. That conviction of mine has not changed, even after her apology. My judgment was merely based on a simple question that how could someone in her right mind use an international platform in a foreign country to tell lies on something which is otherwise elementary history? At this time and age where a quick search on official pages will take you to pages that will then tell you that Olduvai Gorge is not only found in Tanzania but is scientifically proven to be the cradle of humankind?

Ignorance! It has been argued that too much information available to us makes us less focused. There is just too much information, which means that every piece of it is just a piece of information! It seems that no degree of importance attached to certain information would grab our attention! This explains the fact that even a basic knowledge on plain issues still eludes us as we are busy scrolling up and down our smart phone screens looking for information yet reading none- in the midst of it!

But I want to talk about the reaction to Odinga’s Freudian slip. Her apology seems to have confirmed my belief that hers was ignorance as opposed to intentional ‘theft’ of the priceless Olduvai Gorge. A quick search of official pages in Google (which I had thought she should have consulted before her speech) shows that the historic Olorgesailie has human fossil that dates back 900,000 years ago while Olduvai Gorge’s dates back 1.9million years. It means that Olduvai Gorge has recorded human existence 1 million years before Olorgesailie! So which one has the oldest fossil? What is perplexing about her apology is that suppose she meant to say Olorgesailie instead of Olduvai Gorge, does it still make the former the cradle of humankind to the extent of declaring that all the attendees in that meeting were in fact Kenyan?

Again, I truly think it was a case of ignorance, something she has tried to cover. Ignorance is real, even to some of us who have the privilege accessing the Internet. However, one can still sense elements of pseudo-nationalistic drive in her declaration that “we are all Kenyan”- something which appears to have incensed pseudo-nationalists in Tanzania. Kenyans and Tanzanians are not new to trading blows in the social media and elsewhere.

For Tanzanians, Kenyans are hardcore capitalists, predators preying on our resources, job and land stealers, or in one word, Manyang’au. Recent remarks by the president of Kenya, Uhuru Kenyatta, that his compatriots are experienced thieves have provided additional ammunition to Kenya’s bashers in Tanzania. Meanwhile for Kenyans, Tanzanians are a lazy lot, socialist dreamers and, more importantly, murderers of the English language! Kenyans speak English and Tanzanians cannot is the accepted innuendo.
Back to Odinga. One argument I picked from the reaction to this ‘saga’ was one which suggested that Odinga was schooled in the USA therefore she is not acquainted to African history! Upon suggestion that her Freudian slip could have been corrected by a Tanzanian in attendance, the author of this argument exclaims, “I would not be surprised to learn that the Tanzanian attending that meeting does not know where Olduvai Gorge is, let alone its historical/archeological significance!!!” He goes on to accuse the Tanzanian attendee of being from an elite family- the type who knows little of their surrounding because they have been brought up as ‘other’ people.

I do not know for sure whether this is true or not, but it is one of the arguments floating out there in the wake of this story. What this brings to our attention is the state of our education. When I say “our”, I mean Africa as a whole. Reading across reactions, there is a strong indication that some Tanzanians, as angry as they appeared, knew little about Olduvai Gorge. You could tell from the misspelling of the name itself! Indeed for many it seemed that it was only a case of “defending” the country against yet another robbery by Kenyans. Pictures of Kenya Airways plane with ‘Mount Kilimanjaro’ tags on the side were shared, as proof of how Kenyans are stealing from us!

Along with it was an allegation that Kenya attracts more tourists because they have been telling the world that Africa’s tallest mountain is in Kenya. Pictures of the Kenyan Airways plane were provided as evidence. I must say I have never fathomed how a tourist would fall for this blatant lie, in this time and age of Google but some of us seem to believe so. Some even went further to claim ownership of Kiswahili, accusing Kenyans of stealing the language too! As I said, ignorance is real. I am not going to ask how many Tanzanians (I will spare Kenyans) know a thing or two about Olorgesailie and what it signifies.

The urgency, rigor and vigor with which they took on Odinga are a perfect example of pseudo-nationalistic tendencies so apparent in the social media these days. For sometime now, online battles between this African country and that African country have been fought. And won. Kenya is said to have arguably the strongest army of netizens. They even defeated Nigerians, I am told. On Twitter they boast the name KoT (Kenyans on Twitter). They are not the type to be messed with.

The online battles, more often than not, are about trivial issues which get blown out of proportion, invoking chauvinistic, pseudo-nationalistic sentiments as other netizens join in to “defend” their respective countries. What is sad is that in most cases, knowingly and sometimes unknowingly, they all come down to “we are more Europeanized than you”, or something similar to that.

Back to Odinga again. Her apology, although still wanting, is wrapped in Pan-Africanist overtone that makes it difficult to not forgive, at least for some of us. She writes:

“I have just been reminded of an incident which occurred while attending IYLA in New York last year where I had a Freudian slip. Apparently our brothers and sisters from TZ are alarmed that I have grabbed their Olduvai Gorge. I meant to say our equally historic Olorgesailie site in Kajiado. As I have learnt, what happens in New York does not stay in New York. So, what would Magufuli do? Sorry Tanzanians, your Olduvai Gorge is safe. In the spirit of one East Africa let’s shake hands after all at the end of the day we are the cradle of humankind.”

Ironically, she could have mentioned during the IYLA meeting in New York that Olduvai Gorge is in East Africa and that no matter which countries her audience came from, they were all East African! But hasn’t she apologized? Let’s forgive.