Home » General » Zimbabwean Music and its Influence on Society

Zimbabwean Music and its Influence on Society 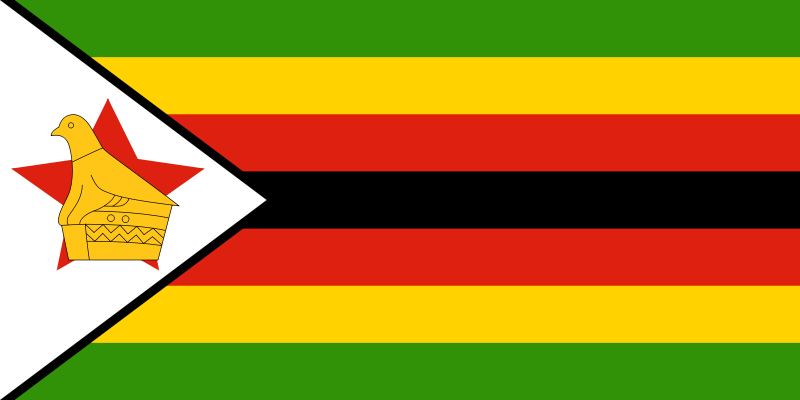 Zimbabwean music has continued playing an important part in the country’s cultural history, shaping social discourse in the everyday lives of people. Over the years musical compositions of different genres have been churned providing entertainment, provoking debate, educating society and providing social commentary in our communities and country at large. Music has acted as a consciousness-raising tool to a nation’s moral, political, economic and social problems. Some scholars argue that the economic and political meltdown in Zimbabwe over the past decade have given rise to protest songs as artists have become the mouthpiece of a population that is enduring economic hardships.

Zimbabwe’s rich music history that dates back in the early fifties, but it was the years before independence from Britain in 1980 with music and songs being used as a mobilising tool in the war of liberation. Zimbabweans refused to remain silent and in the face of oppression and economic hardships, they have always used music and art to express their anger and sorrow as well as revolutionary aspirations. Musicians are part of society and thus it can be argued that through their artistic expressions sometimes reflect and mirrors the feelings and thinking of the society they come from.

This piece therefore locates the arts and artistic expression and their influence to the recipients, the audience that consumes the artistic products. Artistes over the years have been a reflection of what societies look like and they have managed to change the minds of people. Musicians like Thomas Mapfumo, Chinx, ZANLA Choir, Zexxie Manatsa during the war composed music that not only inspired the liberation war, but the messaging had an influence in recruiting more cadres to join the war.

Songs like ‘tumira vana kuhondo’ (send the children to war) acted as catalysts and an important mobilising tool for the young cadres to join the war. Music provided that inspiration and courage and removed fear in the people; it encouraged communities to be united and support the war. It gave society hope and the zeal to fight oppression and most of the compositions were in the vernacular language, mainly to create a language barrier with the whites because some of the lyrics were insulting. Music and poetry were tools and forms of social commentary that were used to move the masses to act.

In the period from the early to mid-1980s after the country attained independence, musicians took a celebratory tone, helping society reflect on the time they had endured the pain of war. The late 80s recorded a different time, it moved from the celebratory tone to a more critical stance to the bad government policies, corruption that sucked in government ministers. Musicians like Thomas Mapfumo composed songs such as ‘Corruption,’ Solomon Skuza had songs like love and scandals, the JSCI which were in direct response to the Willowgate scandal, a corruption scam implicating government officials.

The government in return banned the song (corruption) as it felt the song was a direct attack on government and by banning the song they were well aware of the power and influence of Mapfumo and the lyrics to the citizens. Mapfumo had been a towering figure during the war through his compositions which are credited with playing an integral part as a mobilising tool. The awareness by such musicians on corruption grew anger and influence on the masses and this led to anti-corruption demonstrations against the Willowvale scandal by University of Zimbabwe students. Mapfumo remained a popular act at most gigs at the campus for years as his conscious lyrics inspired student activism.

Scholars such as Maurice Vambe argue that through some songs artists continued to respond to the perceived socio-economic crisis that engulfed the country in the late 1990s. More and more compositions which spoke to the daily struggles by Zimbabweans, the economic decline, poverty and bad policies like ESAP became popular hymns and these issues became a rallying point by the masses as evidenced by the food riots that the country witnessed in the late 90s. Songs like mugove (my dues) by Leonard Zhakata, chinyemu by Leonard Dembo became popular tunes at Workers Day rallies and meetings because they spoke to the daily struggles of the working class in the face of an economic collapse and the inequalities that existed between the rich and the poor.

The influence of music was not only for limited to the political front or to socio-economic issues affecting the country. Gospel music also played a role in spreading Christianity in Zimbabwe. Zimbabwe’s music landscape had been dominated by secular music, mainly traditional music and thus the coming in of gospel music changed the landscape all together. Early gospel musicians such as Jordan Chataika, Mechanic Manyeruke had to compete for audiences in secular dominated landscape but eventually finding a niche and a reflection today is a true exhibit of how gospel music grew and impacted on our society which was mainly dominated by the traditional culture and religion.

Scholars such as Chitando (2014) argue that Gospel music is regarded as a strategic device to spread the word of God, providing solace and comfort in an environment where hardships are the norm. The late 90s, going into the new millennium saw a massive growth of gospel musicians, Charles Charamba, Brian Sibalo, Pastor Haisa, Elias Musakwa, Fungisai Zvakavapano, Ivy Kombo to mention a few. Apart from being recording artistes these musicians were part of the emerging Pentecostal movement and today such churches are now commanding a very big following and until today almost all of these churches have musical bands, and thus shows the influence of music.

The present day has witnessed the growth of new music genre called Zimdancehall which has roots in Jamaica. The genre is known for its hard-hitting lyrics which often encompass social commentary on issues like poverty, unemployment and drug abuse. According to phendula website Zimdancehall has also been credited for raising awareness on everyday issues that affect society like the maladministration of local government. The emergence of Zimdancehall totally changed the country’s music landscape, as the young people found solace and an alternative to the traditional chimurenga and sungura music whom most think is outdated and has outlived its existence and purpose thereof. Zimdancehall has grown to be a popular genre and is dominated by youths who live in high density residential suburbs such as Mbare with all night music bashes called passa passa with the youth mainly in attendance. However the genre has been accused of promoting drug abuse, violence, sex because of the lyrics which have had an influence amongst the young people.

According to NewsDay, a daily newspaper in a snap survey they conducted in 2014, it revealed that the young people have integrated music in their lives from sources they identify with, and in search of their identities they are likely to follow the example portrayed by the artistes. The survey also established that many teenage boys do affirm allegiance to these Zimdancehall crews become bullies at their respective schools.

Girls as young as 12 can be seen in local bars, displaying deviant behaviour, wearing high heels, skimpy clothes, bright red lipstic whilst gyrating to the sound of Guspy Warrior hit song Seunononga. There is no doubt on how Zimdancehall has influenced the minds of many young people, though this is mostly portrayed in bad light. However I would say that most of these young Zimdancehall artistes have been able to respond to the socio-economic crisis, adding consciousness amongst the Bornfrees with refreshing lyrics, some which have become popular terms to describe the situation in the country.

Music can change and influence the minds of people, tracing back to the days of the liberation struggle were music was used as a mobilising tool and inspiring the masses to fight oppression. The new crop of musicians particularly Zimdancehall artists’ violent, sex and drug abuse lyrics have had an impact on the behaviour of the youth today. Other genres like gospel music have contributed to the rise of Pentecostal/evangelical churches in Zimbabwe commanding a huge following.