6 reasons why Uganda needs to abolish the death penalty 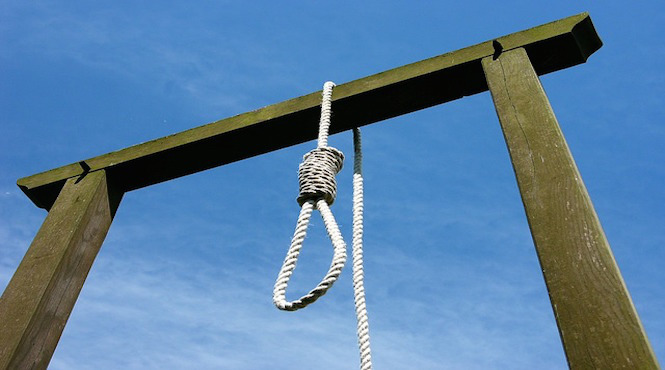 After spending 22 years behind bars and 19 years on death row, Troy Davis was finally executed by lethal injection in a prison in Jackson on September 21, 2011 after the guilty verdict was upheld by the US Supreme Court in a 23 worded document.

He had been convicted in 1991 of the murder of off-duty Savannah Police Officer Mark Allen MacPhail in 1989. Troy, like many condemned inmates, professed his innocence to his death.

Strapped down to a gurney, awaiting his death by lethal injection, Troy stared into the eyes of the family members of MacPhail and said in a clear voice:

“I’d like to address the MacPhail family… I’m not the one who personally killed your son, your father, your brother. I am innocent… All I can ask… is that you look deeper into this case so that you really can see the truth.”

But even with all the doubt surrounding his guilt, the man was still executed in one of the most developed criminal justice systems in the world.

In Uganda, Mpagi Edward was wrongly convicted of murdering a neighbour over a land conflict and sentenced to suffer death. He was locked up in prison for 18 years. It was later discovered that his alleged victim was still alive but court had ruled that he had died. He narrowly survived the hangman because of political tensions in the 1980s. Many of his colleagues on death row were executed in 1991, 1993, 1996 and 1999.

In the six years that I conducted active prison outreach services – almost on a daily basis – under a project of the Uganda Law Society, I experienced first hand what inmates go through. I cannot stop imagining what Edward and many others in his situation have to go through.

Uganda’s position on the death penalty

Although no civilian has been executed since 1999 – a time when 28 death row inmates were hanged in Luzira prison – civilian courts still sentence convicts to death. There are currently 198 death row inmates in Uganda’s prisons. 11 are female and 187 are male.

The court further ruled that after three years on death row, a condemned prisoner will have suffered unusual and cruel punishment and the death sentence ought to be commuted to life imprisonment.

In as much as this is a welcome development, capital punishment needs to be abolished in totality.

There is a general public perception that the death penalty deters crime. This is not a fact. There is no evidence. Cases that attract the death penalty remain high. Most perpetrators have no idea of the likely consequences of their criminal actions at the time of committing the offence. In fact, studies show that countries without the death penalty but with efficient criminal justice systems that provide for strict severe custodial sentences have lower related crime rates.

Reason 2: Lethal lottery – Nothing can justify executing an innocent man or woman

As observed in the cases of Troy, Edward and many other capital punishment sentences, the risk of executing innocent people is real. Regardless of how developed the criminal justice system is – forget about how underdeveloped ours is – the possibility of error leading to a wrong decision, which may not be put right even by the appeal process, cannot be disputed.

Reason 3: The shameless execution of the indigent, disadvantaged

It is  more likely that an indigent or disadvantaged person will end up in the criminal justice system as an accused persons. The constraints that impede equal access to justice for these disadvantaged groups are serious. Further to this, Uganda currently does not have a National Legal Aid policy and law in place. The existent legal aid system lacks the necessary structures for effective legal service delivery. All these challenges operate to ensure that the poor and disadvantaged are more likely to be sentenced to death than the rich, powerful and well connected.

Under Uganda’s Constitution, accused in cases that attract the death penalty and or life imprisonment are entitled to a lawyer at the state’s expense.

In a country without a streamlined National Legal Aid Policy and law, it is almost inevitable that defense counsels will be poorly facilitated, attract young lawyers with limited practice experience for the complex trials, haphazard allocation of files with no adequate time to prepare for trial, among others. Incidents of allocation of lawyers to accused persons against their wishes are also common.

These challenges often result in ineffective counsel during the trial. It is a grave injustice that poor quality defense counsel should result in conviction and sentence of an accused to suffer death. Not many will afford better representation during appeal; which is not even covered by the state.

The fact that a crime in question resulted in the victim suffering much worse death than the convicted killer does not in anyway justify capital punishment. The sentence is simply incompatible with fundamental human rights. It does not only violate human dignity and the right to life but also subjects the convict to torture and other cruel, inhuman or degrading treatment.

Reason 6: Questionable mental state to participate meaningfully in a trial

In most cases, by the time the matter goes to full trial in the High Court, the accused will have spent an average of 3 years on remand. It will be far many more years before judgment is delivered. During this period, many suffer from mental challenges that render them unable to participate in their trials in a meaningful way. Often, they appear resigned, unengaged, traumatized and cold during proceedings even if they are in fact, innocent. The system bogs you down and kicks you into a difficult mental state.

Executing a perpetrator exonerates him or her from pain and anguish and instead unjustly victimizes the blameless family and friends.

Let’s face it; the real punishment would be to serve a prison sentence with no possibility of parole.

We need to start discussing about substitute penal sanctions of the death penalty. The truth is that capital punishment is simply outdated, unjust, barbaric and less punitive.

Shortly before his execution by lethal injection in Missouri, murderer David Zink said,

“For those who remain on death row, understand that everyone is going to die. …statistically speaking, we have a much easier death than most, so I encourage you to embrace it and celebrate our true liberation before society figures it out and condemns us to life without parole and we too will die a lingering death.”

The Judiciary has done its part. It is now upon the elected leadership to ride on the positive progress and legislate to abolish capital punishment.

Thomas Ruffin, Troy’s lawyer described his client’s execution as a ‘legalised lynching.’ Half of the most part, it indeed is ‘lynching’ only that here it is being carried out by the state rather than a bunch of lawless criminals.

Condemning a person to death is an act of terror, not justice.