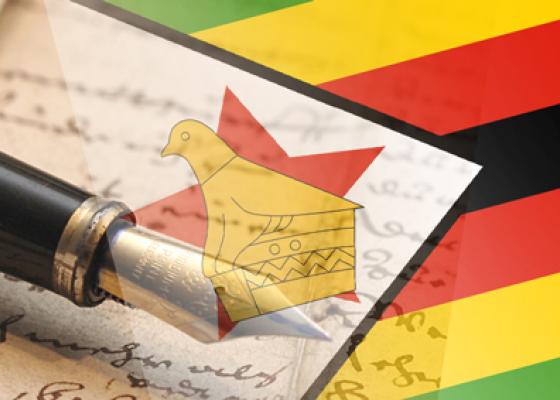 Zimbabwe’s Parliament had to be divided to vote on constitutional amendment bill number 1 of 2017. And it was pretty much a foregone conclusion as to how it would all turn out. Zanu Pf has not only a two thirds majority (required to change sections of the constitution) in the National Assembly but a currently unassailable ‘super majority’.

Unless it had turned on itself, that the bill was going to pass did not need further analysis. And true to its form, Zanu Pf did not turn on itself at a crucial political moment. Especially when the Minister of Justice and Parliamentary Affairs who also happens to be the country’s vice president and one of those eyeing the national presidency in a post Mugabe era, had a political point to prove. A point that specifically would be to prove that he is able to cajole enough Zanu Pf MPs, ministers included, to tow the party line and come to Parliament to vote on a crucial matter.

The opposition was always going to put up a Parliamentary fight. Not least because they wanted to be in the news headlines but also in order to lay some sort of claim at being on somewhat ‘holier’ constitutional(ism) ground. And they did try. From resisting adjournment of a debate on the budget review statement by the minister of Finance through to requesting a secret ballot (which was rejected by the Speaker) and asking for Parliamentary vote recounts.

The actions of the opposition MDC-T MPs turned out to be of limited political import. But credit to them for doing what they had to do, that is, to oppose the amendment.

Except that there are intriguing issues that are emerging over this amendment.

The first of these is that the argument over the appointment of the Chief Justice (which is what this amendment no.1 is really about) was never not going to get a ‘push back’ from the executive arm of government. The Judicial Services Commission (JSC) had decided to stick to its guns and insist, under the leadership of the late Chief Justice Chidyausiku, on presiding over the process of the latter’s successor. The executive conceded (at least sort of). And it returned, as promised in written letters to the JSC, with an amendment to the supreme law of the land. And for this, it used another arm of government that it directly controls, the Legislature/Parliament.

Requiring a two thirds majority (which it already has), Zanu Pf decided to change the rules of the game and demonstrate to the judiciary that the latter’s moment in the sun was effectively over. When President Mugabe signs the bill (as is expected) into law, it will be apparent that politics can always trump the law. And with a great deal of disdain too.

The second alarming issue that emerges is that a newfound idealism that the constitution represented (sort of) when it was supported by the political parties in the then inclusive government, has come to naught. Whereas the opposition would have had Zimbabweans believe that a new ‘democratic’ era of national politics had emerged in the aftermath of the 2013 constitutional referendum victory (warts and all), they forgot to mention that it did not signal a revolutionary moment in Zimbabwean politics let alone in our national history. As the saying goes, ‘the old is always in the new’ in political narratives and this is where we are. Euphoric moments of assumed complete victories are always drawn back by a more organized and long ruling establishment. Especially if the opposition has no follow through actions and has a false sense of political arrival.

The third lesson from amendment number 1 is that there is a difference between understanding political reality and having your head in the clouds. The 2013 constitution is essentially an incremental change document. Not just by way of wording (crosscheck the sunset clauses on presidential elections in schedule 6) but by way of the intentions of those that wrote it. At least those on the side of the ruling Zanu Pf party. It was a way in which to mange expectations of change without delivering change. Hence when the opposition agreed (after a lot of haggling as reported by the mainstream media) to its final contents, there was none the happier than President Mugabe.

This is because in its actual intent the new constitution was intended to be a ‘transitional’ document for the political parties involved. And this transition was meant to be, for all parties, a ‘transition to full power’.

For Zanu Pf it was a way to manage as well as weaken the mainstream opposition and retain unbridled power. For the MDCs (divided as they were and still are) it was a way in which to call Zanu Pf’s bluff and win the election and manage their own internal succession politics via sunset clauses (again check Schedule 6). As it turns out the opposition lost (controversially) dismally in the 2013 election. And by that, the opposition had been hoist by its own petard. It was to make this worse by firing its own members from the National House of Assembly after yet another spit in its ranks and refusing to participate in by-elections it had caused.

But this amendment number 1 of the constitution is not one in which I, as a person who voted ‘no’ in the 2013 constitutional referendum, can claim any self righteousness or have a ‘we told you so’ arrogance. After that referendum vote, I accepted defeat and sought to understand the new constitutional reality better and pragmatically. From the new rules on the separation of powers, through to the bill of rights and devolution, there was one thing I kept in mind. And that was that in the final analysis, this is an elitist incremental ‘change’ constitution whose progress or lack of it would be determined by whoever would be in power (which was the opposition’s hope). And true to form the ‘victor’ ruling Zanu Pf party has used its power to make the constitution exactly what it is, a document for the exercise of power. Not for the realization of ideals or perpetuation of truly democratic values. And for this, we have the opposition to thank, no matter how many points of order they raise when the constitution is used to amend the constitution.