Church, Faith and Politics in Zimbabwe: Recalling the Secular 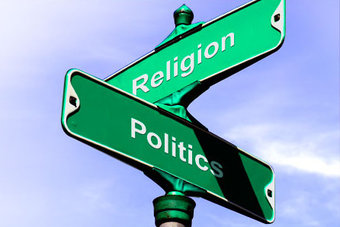 Religion has always been a key aspect of Zimbabwe’s national consciousness. And its points of entry into this national consciousness are many. From the very indigenous African Traditional religion and its uniquely liberatory  role in the 1st and 2nd Chimurengas through to orthodox Christianity and its mixed legacy of conservatism and literacy.

Not forgetting other versions of faith such as what is referred to as African Christianity together with the now very popular and materialist Pentecostal movements.

The interface between the church, faith and politics has also taken a particularly unique turn in the last year or two.

This is largely due to politicians either courting prophets, making direct reference to church leaders or in unique cases arresting those that would ‘prophesy’ their deaths. Add ruling and opposition party succession fights to the mix and biblical references in political speeches and social media posts and it becomes visceral.

Regretably such courtship between religious and political leaders is least likely to end soon.  This is largely because what is often overlooked is the fact that the church needs the state to survive or expand (infrastructure and avoiding taxation altogether).

In keeping with colonial administrations of yore, all rural and urban councils, with central government approval, tend to ensure that the majority of church/faith organisations land is for free.

You just have to apply on time or wait for the next new urban settlement (and they are many now).  So the church will rarely bite the hand that feeds it. Rarely.  Except where its own interests are threatened as has been happening with some Pentecostal churches who have seen their income reduced due to the introduction of bond notes (the US$ has been the lifeblood of many of these churches through tithes).

This is not to say the church and faith based organisations have not been part of broader civil society activities or been involved the now less energetic pro-democracy movement.  It has played a facilitator role as in the case of the Christian Alliance and the Save Zimbabwe campaign of 2007.  Or the critical letters that occasionally emanate from the Zimbabwe Catholic Bishops Conference (ZCBC).

But to a greater extent the church and faith based organisations have steered clear of courting the ire of government.

What is however more important is to look at how the church/faith based and political actors (in power and those in opposition) are comfortably taking up joint narratives that essentially begin to crowd out a more critical national consciousness.

It begins with politicians using the bible to either dole out messianic innuendo about how they are the only ones who are fit to rule.  And churches that welcome these into their religious spheres in order to not only help mobilise political support but also to curry material favour.

Or when politicians literally invade the faith realm to not only appear pious but endear themselves to a narrative that suggests that they are predestined by ‘God’ through a prophet or spirit medium to be the rightful heirs to one throne or the other.

It is also two way traffic with a number of clergy/prophets/pastors and their supporting institutions ensuring they get the ear of powerful political figures to either get ‘protection’ and obfuscation about their massive wealth.

The end result of this sometimes deliberate but most times convenient relationship between the church, faith and politics is a one way narrative that crowds out objective national consciousness.  And in the process limits a critical and fair examination of the national question and challenges that Zimbabwe is faced with (beyond the narrow succession narratives of the political parties).

It also then creates fanatics of political leaders who are also no longer viewed as exactly that but more of specific faith loyalists as opposed to secular leaders.  An element which has also contributed to the cult status of the current Zimbabwean president.

However it is also important to note that this nexus of religion and politics is a result of an unrepentant neo-liberal economic framework in which the market (and private wealth) is seen as ‘God’.  Faith then becomes the escape route of a critical questioning of the state of affairs of the national economy let alone the privatisation of public capital and public wealth.

So you will not find a single church that decries the privatisation of health to the fullest extent possible (it may lose land, a school) nor a church that will denounce those that amass wealth without a trail of hard work behind them except for political slogans and proximity to power.  This is because these are some of their biggest and best ‘tithers’.  And also the ones who dangle a near impossible to get  carrot to poor young Zimbabweans via the  crass and superstitious language of the  ‘prosperity gospel’.

So next time a politician in tandem with a pastor/prophet does the biblical thing in reference to his/her politics kindly remind them that while they have a right to freedom of religion like all of us, they should not mix the two.  Or if you are cheeky remind them to render unto Caesar what belongs to Caesar.