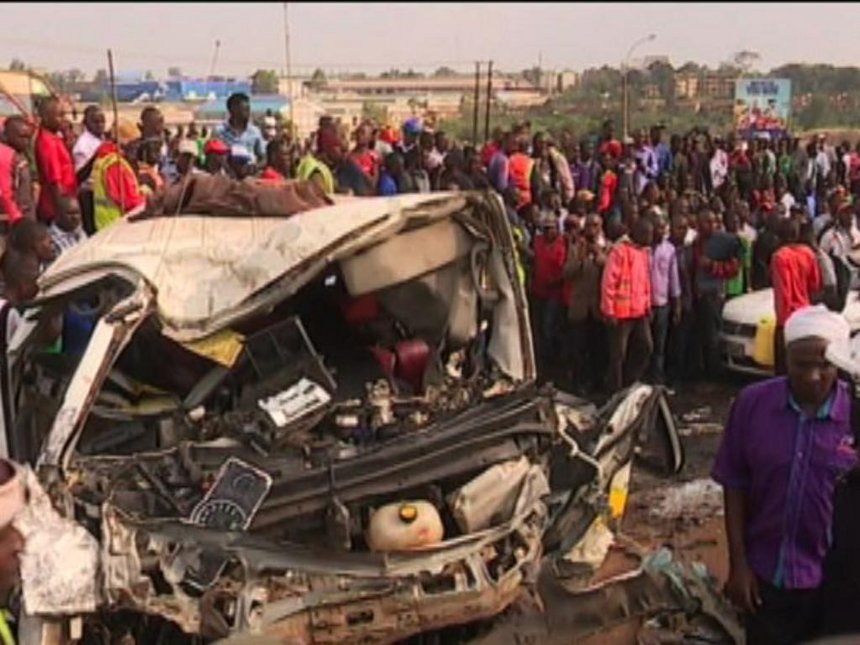 Kenyans can be amazing in their self-contradictions. Take matters death, for example. When our politicians pass on, they are immediately raptured, in the popular imagination, into a heavenly pantheon and cleansed of all earthly sin. Not so regular folk.

Following the spike in road crashes in December which have claimed over 200 lives, many have not been shy about placing the blame on those who have perished, either labeling drivers drunk, undisciplined or careless, or branding passengers as silent lambs willingly going to the slaughter.

Similarly, when the state designs and maintains a murderous road transport system, we blame ourselves for its very predictable consequences. It is our failure to obey its dictates that is to blame, we are told, even though we know that following the rules still gets you killed.

TV presenter and columnist, Larry Madowo, ably demonstrates this confusion in his latest offering on the dangers of using public transport for long-distance travel at night. After acknowledging that he is one of a privileged minority that does not need to do this he adds that “for millions of Kenyans for whom that is not an option, they are unknowingly putting themselves in danger every time they board a bus or a matatu and hope they get to their destination in one piece.”

Sounds reasonable, no? Then a few lines later, he hits us with this: “Taking any public transport in Kenya is to knowingly put yourself in danger.” Huh?

He proceeds to reel off a list the usual suspects, from tired, drunk and unqualified drivers trying to meet impossible targets to matatu crews colluding with gangsters to rob passengers, to mechanically defective vehicles and their owners – the very cops turning a blind eye. He notes that there are no regularly enforced “minimum standards for crew discipline, vehicle maintenance and roadworthiness” and few consequences for anyone failing to play their part. It is as close a description of a shattered system as you are likely to get.

Yet despite this, Larry still seems to believe that the system is fundamentally sound. “All this carnage can be eliminated without introducing a single new law but simply enforcing the existing ones and shutting down all the avenues for bribery.” Once again, the problem, as he sees it, is the failure to beat the native out of the Kenyan, to force him to comply with a broken system.

This kind of thinking has very colonial roots. The British proclaimed that they came on a civilizing mission and used extreme brutality to try to beat the natives into shape. For example, in his book Kenya: A History Since Independence, Charles Hornsby describes the European settler view of roots of the Mau Mau war as “unrelated to economic or political oppression … they lay in the Kikuyu’s inability to adapt to the demands of modernization”.

Lawyer Pheroze Norwojee says “tyranny is very unoriginal”. Those who inherited the colonial state after them, retained the same view of the sanctity of even oppressive rules and of Africans as the problem. As Jomo Kenyatta asked Kenyans in the lead up to independence, “if you cannot obey the present [colonial] laws, how will you be able to obey our own laws when we have them?” Thus, instead of reforming the oppressive regime, they tried to force the people to comply with it. As quoted by Hornsby, the late Masinde Muliro described it thus in 1967: “Today we have a black man’s Government, and the black man’s Government administers exactly the same regulations, rigorously, as the colonial administration used to do.”

It is this approach that has created the predictable consequences and contradictions evident in our political system today, for our humanity will not simply fade away quietly. Similarly, the attempt to force road users to comply with a horrendous road system will continue to generate seemingly chaotic and suicidal, but always very rational, behavior. In the end blaming Kenyans, rather than the system, will always lead to oppressive responses that try to fix Kenyans rather than policy fixes to the system.

Yet the fact is we need comprehensive change, both in the institutional design of how we manage road transport as well as in the rules those institutions are tasked with implementing and enforcing. That will require new thinking, new systems, and yes, Larry, new laws.

New laws on who can own matatus, for example. New laws on how we respond to road crashes, perhaps a requirement that they all be investigated and lessons learnt. New laws to prevent the National Transport and Safety Authority understating the extent of the carnage on our roads, which they do by nearly 80 percent. Most importantly, new laws on whom we hold accountable for the failures on our roads. Simply blaming the dead and dying victims on our roads will not