Only political action will remove ZANU PF from power 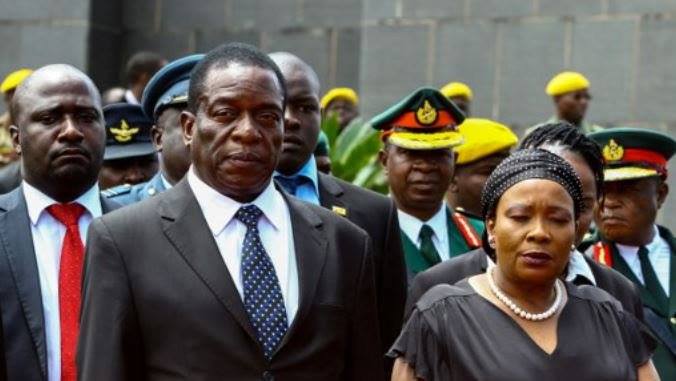 The leaked audio featuring a conversation between Mnangagwa’s wife Auxillia and an army commander named as Murombo has exposed the power struggles in the “New Dispensation” administration. In the audio, Auxillia Mnangagwa claims that the army is trying to ‘get Mnangagwa through’ her, clearly asserting that all is not well in the cockpit and that the army is out to remove Mnangagwa.

These revelations vindicate my postulations in my previous blog, where I warned that Zimbabwe was on the brink of another military takeover based on Mnangagwa’s dismal failure to handle and manage the transition, and failing to cure the coup. I posited that the ghost of November 2017 continues to hunt us, and this is a call to progressive forces to layout and undertake a political programme of action to remove ZANU PF from power.

It is now crystal clear that the system that replaced Mugabe is not new at all, despite trying to decorate it with funky terms like the 2nd Republic, new dispensation etc.” It is as old as it was during Mugabe, with the only new thing being the voodoo scarf which the President awfully dons even in the hot Savanna temperatures and has also become Mnangagwa’s symbol of failure.

As a leader who took over from Mugabe, Mnangagwa has so far done badly, because after securing political power, he failed to utilize it to transform society, and most importantly the economy. To think that this is a man who for decades wanted to be president is utterly shocking as it has emerged that he only wanted to wear a scarf, have those endless foreign trips and debauchery. The Mnangagwa administration sold a dummy to the people of Zimbabwe, it has failed on its promises to transform and reform the systems of governance, improve the economy for the upliftment of the livelihoods of Zimbabweans.

The only credit for Mnangagwa is that he removed an unpopular, hated and feared dictator and clearly that change of power was greeted with much hope and satisfaction. However, let me hasten to say that the coup was not in any way revolutionary in character and form, though the masses supported it, the revolutionary element was probably only limited to the rhetoric of the military conspirators, that it was indeed a ‘’peoples revolution.’’

Consequently, it is correct to argue that the coup was undue influence in the politics of Zimbabwe, in that it abrogated the country’s supreme law, the constitution and thus compromised the spirit of constitutionalism in Zimbabwe. It was an illegal act that should have never happened and set a wrong precedent for our country. Dumisani Muleya, in his article, Coup: Of usurpers and judges in the Zimbabwe Independent of the 20th of July 2018 posited that whenever there is a military coup anywhere in the world, the executive, legislature and judiciary — are usually shaken to their foundations or collapse.

This is largely true, particularly when we take a closer look at the judiciary. On top of it all, since assuming power, the actions of the coup government have equally shown a complete disregard of the constitution based on the many illegalities that we can count since the time of them assuming power. On the judiciary, a case in point being the shocking High court ruling of 24 November 2017 which ruled that the military takeover leading to ex-President Robert Mugabe’s resignation was legal, and therefore not a coup d’état.

At the same time, another court ruled that Mugabe’s sacking of his former deputy, current President Emmerson Mnangagwa was illegal and this points to fears over judicial independence. Above all, Zimbabwe is now being governed by decrees, with the amending of some principal legislation being done by Ministers thereby usurping the role of parliament as what happened on S1 142 of 2019 a clear violation of the Reserve Bank of Zimbabwe Act.

it can also be argued that the coup was necessary for exposing where the real power lies. Zimbabweans are now dealing with the real power behind Mugabe’s façade, the real enemy and elephant in the room: the military. This is now right before us in full glare. There is no longer hiding, Mugabe was just its figurehead. This then calls for revised strategies especially for the progressive social and political forces on how to confront this beast. The regime’s propensity for the use of force in response to peaceful protests shows that they are in panic and their only option is violence.

However, they have now been exposed that in the long run if they are continually exposed the resort to brute force will expire. To date, the coup regime has surpassed Mugabe in his 37 years in power with a high number of activists being charged with treason. The threats on the deployment of the military to quell civil unrest by the minister of defence, Oppah Muchinguri shows that brute force is the only language they understand. It is in this light that I argue that brutal power will have to be brought to the table of reform, force is overwhelming but it eventually wields to the people.

In light of the prevailing situation, Zimbabwe’s progressive social and political forces need to quickly re-engage, re-mobilise, re-organise and re-group to build an alternative country through sustained political action. Relying on the crippling economy or some Sarajevo moment will simply not work. The citizens require decisive leadership. Sustained radical political action on the ground is the only way out for Zimbabwe. ZANU PF will not budge unless pressure has been mounted, otherwise, a rush into another GNU will only be suicidal and will mark the end of opposition politics in Zimbabwe.

Subsequently, the progressive forces must work on a massive mobilisation programme of action, that will result in the seizure of political power from ZANU PF. Capturing the state is as it were the premise upon which Zimbabwe can be protected from corruption, covetousness, mediocrity, directionless and add up to disregard of the economic interests of the people by the current government. Anybody who accepts and considers that ZANU PF will lead society into economic emancipation is living in Cloud cuckoo land.