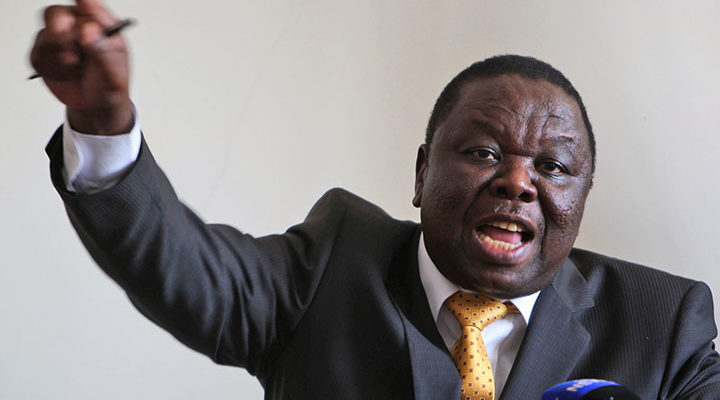 I recently re-read Zimbabwe’s late former Prime Minister Morgan Tsvangirai’s biography or memoir, ‘At the Deep End.’  Written in collaboration with the late journalist William Bango, the book is essentially about  Tsvangirai’s reflections on his own life.  Both the personal and more significantly (for me at least)  the political aspects of the same.

And its purpose was probably to emphasise the political more than the personal.  Either way it tells the life story of a man who conscientiously worked to improve the lives of workers as a unionist and the those of the people of Zimbabwe as a political leader.

I was re-reading the biography more out of nostalgia of the activist days I first encountered Morgan and also in order to reflect on his immense contribution to the struggle for the democratisation of Zimbabwe.

This is despite the controversy that has now come to surround the process(es) of selecting his successors in the mainstream opposition Movement for Democratic Change (MDC) political party that he led until his passing on.

I was more interested in what Morgan in his own book felt he had come to represent in relation to political values and principles.  And what both portended for his leadership legacy.

Like most people born in the 1950’s, Morgan’s initial political consciousness was based on encounters with nationalist parties and the violence of the colonial settler state.  He however does not make any claims to having been an active member of the then liberation movement at an early age.

His more significant political consciousness stemmed largely from the work he began doing as a trade unionist of the Associated Mine Workers Union at Trojan Nickel mine in Bindura.  And unionism is generally couched in the politics of direct representation of workers (and their interests or else you lose the representative post.)

In the euphoria that was national independence, and through the urging of the new government, that was to see Tsvangirai become a member of the ruling Zanu PF party.  All trade unions were now required to join the new Zimbabwe Congress of Trade Unions (ZCTU) led by Albert Mugabe (brother to then Prime Minister Robert Mugabe).

In rising up the trade union ranks to become national vice president of the AMWUZ (and subsequently moving to Harare to take up the post) Tsvangirai maintains a specific focus on unionism and does not demonstrate any intention at ascending the ruling Zanu PF’s party leadership ladder.  This is a key point to make because his commitment to labour unionism would define his leadership of the Zimbabwe Congress of Trade Unions.

In the position of secretary general that he took up in 1988, his primary concern was the welfare of workers.  But events such as that of the demonstrations at the University of Zimbabwe in the following year would escalate his political collision course with the establishment.  In fact he was detained without trial for at least 90 daysweeks after the ZCTU issued a statement in solidarity with the university’s students union.

His clearer ideological leanings emerged when the impact of government neo-liberal economic policy the Economic Structural Adjustment Programme (ESAP) started negatively affecting workers.  Though he does not claim it in his book, the documents that the ZCTU authored at that time such as one referred to as ‘Beyond ESAP’ had clear left leaning ideological nuances.

The acts of solidarity with striking civil servants and the leadership of the ZCTU to help from and lead the National Constitutional Assembly, did not however cement any leftist ideological leanings.  But they expanded an attempt at a holistic approach to leadership that Tsvangirai would come to use a that at the formation of the labour party backed Movement for Democratic Change (MDC).

And this meant that Tsvangirai was not an ideologue despite his evident strong belief in the rights of workers.  Hence he abhorred the liberalisation of the economy which led to job losses for many workers and insisted on a form of economic protectionism of local business and industry.

It also turns out that Tsvangirai was a strong believer in people-centered consultative processes.  Before the formation of the party, and he makes regular reference to this, ZCTU undertook a study to figure out what the people wanted.  One of his colleagues, who gets commendable mention, Timothy Kondo, undertook a nationwide research on issues affecting the people on behalf of ZCTU.

Combined with a multi-stakeholder approach that led to what was the National Working People’s Convention (NWPC) in early 1999 which tasked labour to form what was then called a ‘working people’s party’.

Tsvangirai then fully embraces ‘social democracy’ but in a manner that I hazard to add is more to the centre than to the left.  This was probably in keeping with what the ‘third way’ politics that was trending politically via the then ‘global’ leadership of Bill Clinton,, Gerhard Schroeder and Tony Blair at the turn of the century.

To quote him on this ideological matter, Tsvangirai says, ‘ Our policies and ideals had been set out at the NWPC and the general policy thrust was for democratic change, in the real sense of the word.  We had said that we were social democrats: we believed in a clearly defined but limited role of the state in governance and in the economy’.

I am sure that the latter line may have been said with the benefit of hindsight on his part.   And it does sound less genuine than the slightly more radical and protectionist argument against ESAP motivated economic liberalisation.

In this regard it is always useful to keep in mind that Tsvangirai’s memoirs were written at a time when he was already in the inclusive government and decidedly less radical for what in my view at that time were expedient reasons.  And assumptions at a globally acceptable statesmanship.

That is where the rub in recalling Tsvangirai’s leadership is.   Both as a lesson to those that would seek to lead or be led.  It is always imperative to remain true to the values and principles that brought one to leadership.  Even in the most difficult of circumstances.  Contrasting the genesis of his leadership with the time when he passed on there appears to be a coherent pattern of commitment to the working people of Zimbabwe.  Even if mistakes were made, Tsvangirai could never shake off his original understanding of politics. That is the people always come first.  No matter that the methods he used were sometimes out rightly populist and borderline messianic. Or that in the age of the inclusive government they became more neo-liberal in approach and intent.    But above all else he was probably a believer in direct representation (unionism) of an affected majority even if he would come to control its immediate outcome or popular meaning. Ideology or no ideology.

What I personally learnt and now observe with the benefit of hindsight is that however ones political fortunes change, it is always important to remember what got you to where you are and remain as organic as possible with that base.  It helps. Despite new pressures, opportunities or very personal preferences.