Home » Governance » Signs of a Museveni fatigue: It is Kyadondo East, not North

Signs of a Museveni fatigue: It is Kyadondo East, not North 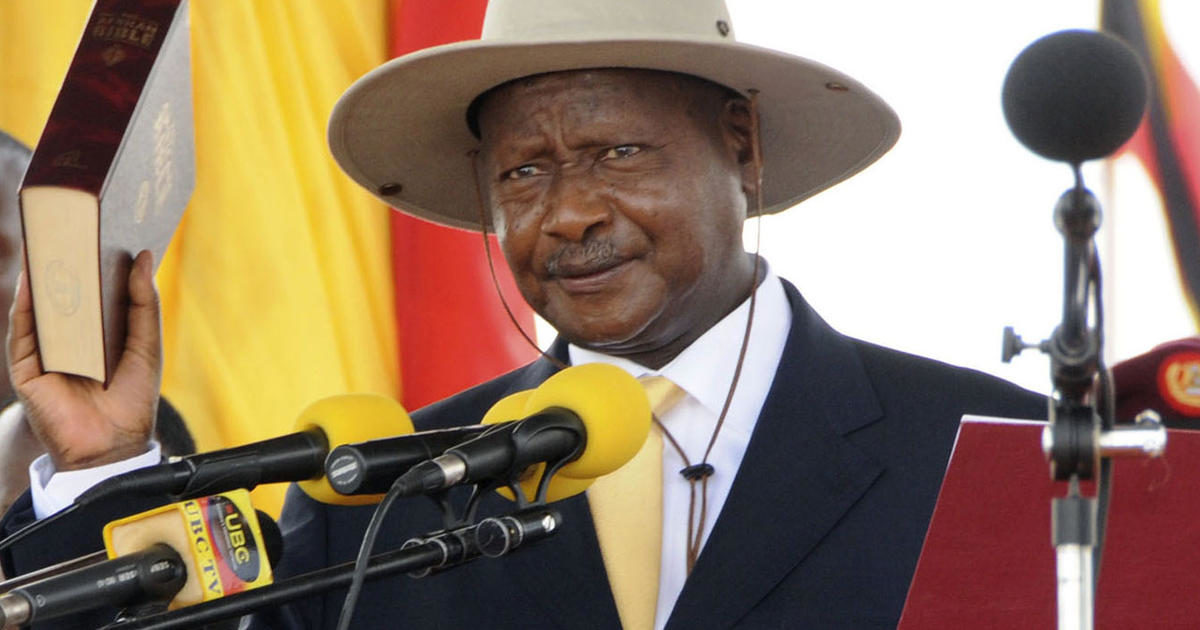 The young friend of ours is called Honorable Robert Kyagulanyi Ssentamu AKA Bobi Wine, and he represents Kyadondo East, not North as you assert in your latest misguided missive that is out of touch. What are the security services doing in collecting Honorable Kyagulanyi’s messages? I thought their role does not include involving themselves in partisan matters. Their role includes serving all Ugandans regardless of their political background. The opponents of the NRM are persecuted for their positions on the amendment or deletion of the Age Limit Debate from our Constitution. These are all signs of a Museveni.

Mr. Museveni is being dishonest when he refers to himself to the NRM student Movement in the 1960s. The NRM was creation between Fronsa and Uganda Patriotic Movement in the 1980s. Mentioning the existence of NRM in the 1960s continues to reveal Museveni’s crafty nature. I want to agree with you that your underperformance is a deliberate move to defraud Ugandans, you are right when you say that you do not lack knowledge but you are wrong when you say that you lack the means to deliver your promises to Ugandans. Yes, you are on point when you say that there is no devotion by your cadres, that is the fact your cadres are not devoted to putting Uganda first but their pockets.

Honorable Kyagulanyi is on point when he refers to the past 31 years to a bleeding nation; 20 years of war in northern Uganda qualifies his statement in referring to Uganda as a bleeding nation, 19 women die while giving birth every day and this trend has been happening for the past 31 years under the stewardship of Museveni. 25 women have been killed in cold blood in the parts of Entebbe in Wakiso isn’t this too many to tell the world there is a crisis in Uganda? In 2016, many Ugandans including children were killed in the Kasese. This is a bleeding a nation. Mr. Museveni, there is no way Honorable Kyagulanyi or Ugandan who has been around for some time can be aloof in what is going on in our country. In your statement, you even assert that Ugandans have not lacked sugar allow me not to engage into that simple talk of sugar that we know that the prices are still high up there.

Mr. Museveni speaks of peace and he should know that the absence of war is not peace, the women in Entebbe, the people of Kasese killed in cold blood and those who are against the deletion of the Age Limit from our Constitution have not known peace. The statements made by the law enforcement community and interventions only reveal that they are not interested into eliminating the crime in Entebbe and other parts of the country except responding to the opponents of Mr. Museveni with all manner of violence.

Honorable Kyagulanyi understands the challenges of our country millions of our children in UPE see not their seventh year to complete the Universal Primary Education. Over 900,000 students graduate every year where less than 100,000 are absorbed in the job market.

On unemployment Jajja Museveni should not even go there, we have looked at them for over 31 years coining interventions that are signed off in the name of people of Uganda all in the name of getting out of poverty but they end up pointing points at each other for having stolen the intervention meant for the poor. Simply his administration has presided over a deliberate move to plunder Ugandans all thieves are moving our streets or driving in big cars and living in huge mansions as the victims continue to suffer.

Our National debt burden which is more than US$10 billion has held us captives and as of last year, every Ugandan had 1,000,000 on their heads including babies. If more US$10 billion is secured in debt to build the Standard Gauge Railway, Oil refinery and Pipeline we will be having 2,000,000 on our heads as a nation. In fact, Mr. Kyagulanyi was a little bit shy with the bleak future but the present is already eating us away as a nation. Between 2006 and 2016 over 9 Trillion was placed in the coffers of UNRA and the country could have got 5,147 km of roads but due to the crafty nature of those in UNRA Uganda only worked out with 1,500km and we lost over 3,647km amounting to 4 Trillion Uganda Shillings. Jajja Museveni needs to understand that this country is bleeding.

On opposing the Constitutional Amendment Bill on article 26 on Land What Jajja Museveni must know is that we know the implications on amending article 26. Tearing that piece of law out will undermine the sanctity of our Constitution, the amendment seeks to solve problems that are purely administrative in nature, it will sanction official land grabbing, it will remove the most important legal protection against deprivation of property and this seeks to overturn the judgment of the supreme court in UNRA V. Asuman and Majelah.

And this is what Museveni calls opposing government projects? Why is he afraid of compensating the owner of the property or land why call all this opposing? If a mistake is made on the two bills on articles 102 (b) and 26, they will entrench dictatorship, remember how 2015 a sole candidate was given to Uganda through a fraudulent process as President, so it will be in 2017 if MPs do not sober up by rejecting the manoeuvres of Jajja Museveni to become the sole landlord and the sole president.

Oh dear, when Jajja Museveni talks about privatization without shame he thinks we are naïve to think that our public assets sale improved the economy, In the Uganda Gazette November 1st, 1991 Government of Uganda produced a policy statement on Public Enterprises Reform and Divestiture which outlined the country’s privatization strategy. How can you handle over all sectors of the economy to the private sector including the power to regulate private entities? A country cannot cede her powers to the extent that Mr. Museveni has handed Ugandans to a chopping board for slaughter.
We are in trouble and we must unite to get out of it, there is no Rambo that will get us out of this trouble. Use this Red Independence to communicate our resilience as a people let the dictator and the dictatorship know that we will resist their life presidency project.