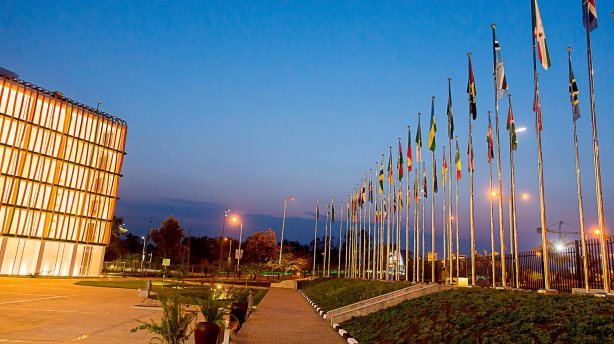 The 27 African Union Summit came to an end recently in Kigali, Rwanda with a call for togetherness after the assembly failed to agree on the next African Union Commission (AUC) Chairperson to take over from H.E Dr Dlamini Zuma. The AU Heads of State and Government requested the current Chairperson of the AUC to continue with their work until January 2017 when the 28 Summit will meet in Addis Ababa, Ethiopia.

The three candidates in the race for the next Chairperson were Minister of Foreign Affairs of Botswana, Dr Pelonomi Venson-Moitoi; the Foreign Affairs Minister of Equatorial Guinea, Mr Agapito Mba Mokuy, and the former Vice President of Uganda, Dr Specioza Naigaga Wandira Kazibwe. The 28 member states from ECOWAS refused to take part in the voting process calling for more competent candidates to be nominated. The decision by ECOWAS in effect denied all the candidates the required two-thirds majority of the vote to become the new AUC Chairperson.

He went on to suggest that the AUC Chairperson job requires diplomatic rigour and executive experience. Citing the example of the Ugandan candidate Dr Specioza Kazibwe the former Vice President of Uganda, he argued that her position cannot give her that experience.

According to Mr. William G. Naggaga, an Economist, Administrator and retired ambassador, Dr. Kazibwe’s International and African experience was extremely thin for her to follow in the footsteps of Africa’s giants like Diallo Telli, Nzo Akangaki, Eteki Mboumoua, Eden Kodjo and Dr Salim Ahmed Salim etc, who served as Secretary Generals of the Organisation of African Unity (OAU), the precursor to the present AU.

Africa as a continent has failed to achieve her goals because of governance challenges manifested by dictatorship and abuse of human rights. In the last fifteen years, Africa has produced more strongmen and dictators than statesmen. Those in power have increased the grip on it by disregarding the rule of law and constitutionalism. The opposition to the ruling governments is treated as enemies of the State rather than partners.

Incumbent rulers have fortified their security rings in a bid to entrench themselves in power and protect themselves from angered citizens and voices of dissent. General elections have become a show of cosmetic democracy with election rigging taking root. This has become a common occurrence all the way from South to Central and now in East Africa, however, the African Union has not intervened in any meaningful way to change this unfortunate situation on the continent.

At the time when some AU member states have started grumbling about leaving the International Criminal Court, as a way of running away from their international obligations to observe human rights and account for their abuse, the AU’s silence on the matter is so loud that you can easily guess its position on the matter.

Even when some member states were grappling with epidemics such as EBOLA, the AU conveniently kept silent worrying not whether Africa was under attack or not or whether the continent’s citizens would be wiped out.

Africa has witnessed a high population growth rate of the youth without good education to match it and consequently with no jobs from which to earn a living. This partly explains the high numbers of Africans thronging Europe and Middle East for all kinds of jobs, which has created a new challenge for the West with some countries placing measures to restrict entry of African immigrants into their countries while in the Middle East some African citizens are experiencing the repeat of slave trade with all its evils. Yet again the AU has not come up with any means of direction to counter the unemployment problem.

In cases of military and political crisis, AU member states have to be pleaded with to field Peacekeeping forces in the affected member state because the AU has no Unified Force to counter terrorism, keep peace and restore order. Failure by the AU to establish a standing AU force shows the lack of tactical leadership to get the member states to agree to provide troops, ensure their training and constantly fund of their operations.

Could it be that the AUC Chairperson has not provided the strategic leadership the position requires to steer the Continent forward amidst all its challenges? Is it possible that the candidates so far lined up to succeed Dr Zuma are not competent enough to the task? Are Africans not good enough or do we have to look beyond Africa to get the competent candidates?

Mr Godber Tumushabe believes that the continued debate and scrutiny on the candidates who want to replace Dr Dlamini Zuma is healthy because Africa needs a competent leader who is interested in seeing Africa move forward. He further said;

The AUC Chairperson election is an African project, but we need the best for Africa…It is legitimate for Ugandans or Africans to interrogate the integrity of any person who wants to be a leader.

For instance, the integrity of Dr Kazibwe took centre stage in the debate that followed her campaign for the AUC Chairperson job since she is dogged with unresolved corruption-related allegations which muted her credentials and tainted her track record. Perhaps this tainted record filtered beyond Uganda’s borders and may explain her dismal performance among the three candidates.

Besides that, what criteria did the Uganda government follow in nominating Dr Kazibwe for the position? Was an expression of interest in the position ever advertised? How did the government centre on the choice of Dr Kazibwe? Who was she competing with? How did the government determine the extent of its support to Dr Kazibwe’s bid? What lessons did the government of Uganda draw from her failed bid? Without a doubt, a government policy on the nomination for International organisations should be made clear so that legal guidelines are drawn and made public. This would ensure that the nomination process exhibits the transparency and accountability it deserves to ensure that merit, integrity and competence take the day in the stead of party loyalty.

In the words of Mr William G. Naggaga, the Uganda government should cast its net wider when seeking to field candidates for elective positions in International organisations and they should have impeccable credentials regardless of political affiliation.

Only when the next AUC Chairperson is able to provide strategic leadership will the AU oversee Africa rising amidst its challenges to harness the abundant resources she has been blessed for the welfare of her people.