Home » Governance » The Attempted Assassination of Lissu as Terrorism

The Attempted Assassination of Lissu as Terrorism 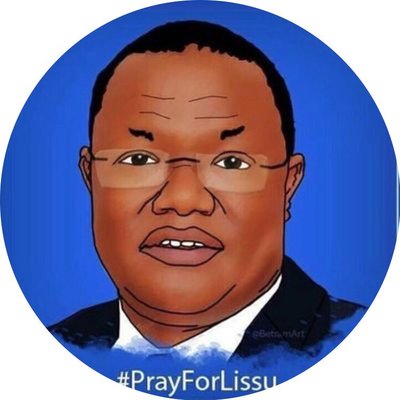 “We will be quiet when we are dead….” – Tundu Lissu

Tanzania is in a state of shock. Unknown assailants have shot the maverick politician and advocate, Tundu Lissu, multiple times. As he battles for his life, the nation is hoping and praying for him.

Conspiracy theories abound about this attempted on his life. Such speculations are beyond the scope of this article. Evarist Chahali and Mzee Mwanakijiji have already presented us with possible scenarios of who might be responsible and for what purpose.

What this article wants to underscore is the implications of what has transpired. This was not simply an attempted assassination  It is an ‘act of terror’. The loaded phrase is fitting, whether this has been attempted by the so-called rogue elements in the ‘deep state’, ‘agent provocateurs’ in the corporate world or ‘political rivals’ in the race for the 2020 presidential elections. It is an apparent continuation of violent acts directed toward activist politicians and human rights advocates, not only to kill but also to instill terror in survivors.

The late Professor Seithy Chachage’s novel, Makuadi wa Soko Huria (Pimps of the Free Market), artistically captures this in its narrative of the ambush of activist journalists. “You think you are heroes?” one of the terrifying assailants asked rhetorically. “All heroes are dead,” he then told the terrified activists sarcastically.

I have known Lissu personally since the times when he was not  into party politics. His was an environmental activist who was a thorn in the flesh of exploitative multinationals. As early as 2001, Lissu and a colleague were subjected to intimidations for pursuing allegations that 52 artisanal miners had been buried alive to give way to a Canadian mining company in “a World Bank guaranteed gold mine.” The Center for International Environment Law (CIEL) stressed that their “efforts are not criminal, they are courageous.”

Hence, it is ironic that Lissu is now accused of being in consort with the very same corporations he has been spending his lifetime fighting against. In a country with a dearth of courage, there are those who come once in a generation. Such a society cannot afford to lose them easily, especially when its aim is to root out corporate exploitation and build strong legal institutions to curb corruption.

We may not like Lissu’s political affiliation as a key member of the leading opposition party. I, for one, have a lot reservations with the way he played a crucial role in embracing a politician whom they had characterized as the face of corruption in the country. Up to now I am ambivalent about his position on the Union. However, I cannot deny his heartfelt role in defending the downtrodden. One only has to read Maxence Melo’s tribute to him to get a feel of this.

Nor can I overlook his role in strengthening the legislative arm of the state as an independent watchdog of the executive organ. When he finally became a Member of Parliament (MP) in 2010, I recall asking him why shouldn’t he vie for a position in the parliamentary committee responsible for mining given that it is the area he has been closely monitoring. His response did not make sense to me then: ‘I want to be in the committee responsible for parliamentary standing orders, privileges, ethics, and powers to ensure that the parliament does it job of oversight.’ Of course, I am paraphrasing him. What matters is that what he said is exactly what he has been doing since then to extent that he seems to be a troublemaker.

Take for example, his contribution in the parliamentary debate on the very day that he was shot. He queried the celebratory speed in which the otherwise patriotic Bill on Natural Wealth and Resources (Permanent Sovereignty) was tabled and passed only for the Act to be returned for amendment within a space of two months. For him, such ‘acts of fiat’ are loopholes that multinationals exploit and thus rip us off when summoned for arbitrations in international courts.

One can thus see why virtually anyone could have attempted to silence Lissu. He surely has many enemies inside and outside of the country. But one thing should be very clear: Whoever attempted to assassinate him was also attempting to terrify the courage out of us.

As we celebrate Doctor John Magufuli as arguably one of the most courageous presidents, let us also remember how much we need the likes of Lissu. We need to raise more courageous citizens. After all, as they aptly say, “cowards die many times before their deaths.”

Courage is probably the most important ingredient that we need in the tough “economic war” that our Commander-in-Chief, President Magufuli, has declared. A century or so ago, a young courageous woman penned the call below, out of which when the words “the world”, “sin”, and “men” are to be substituted with ‘our country’, ‘corruption’, ‘men and women’, captures Tanzania’s pressing need:

“The greatest want of the world is the want of men – men who will not be bought or sold; men who in their inmost souls are true and honest; men who do not fear to call sin by its right name; men whose conscience is as true to duty as the needle to the pole; men who will stand for the right though the heavens fall”-Ellen G. White