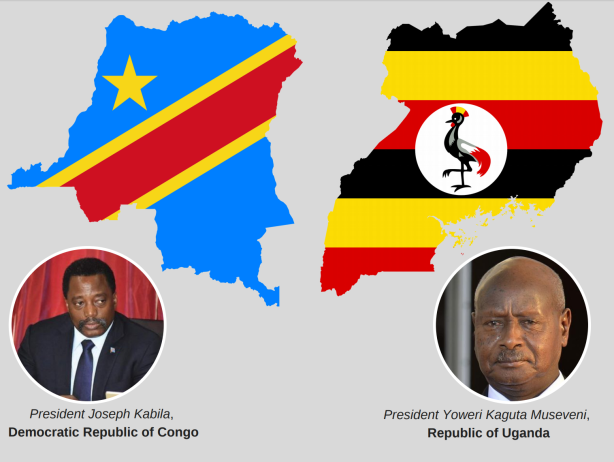 The Great Lakes Region’s fragile democracy is taking a toll on human life, critical governance issues, and threatening stability in the region. In less than 5 years, more than 1.2 million people have crossed into Uganda from South Sudan to escape the turmoil. In the same period, more than 1 million children have crossed to Uganda, Kenya, Ethiopia, Sudan and the Democratic Republic of Congo (DRC) to escape the South Sudan conflict.

The conflict in South Sudan is not isolated. The entire Great Lakes region is grappling with serious democracy questions. For example, while Burundi is yet to recover from the Third term fever at the hands of Pierre Nkurunziza, the Democratic Republic of Congo is facing a constitutional crisis and Uganda faces a repeat of the 2005 rape of the Constitution. The government is poised to coerce constitutional reforms to amend Article 102(b) to pave way for Museveni to contest for the presidency even when he’s above 75 years of age. Uganda would not be here today if the presidential term limits were not scrapped under Museveni’s watch.

The first part of my Great Lakes Region’s Fragile order will start with Uganda and the Democratic Republic of Congo. The government is poised to coerce constitutional reforms to amend Article 102(b) to pave way for Museveni to contest for the presidency even when he’s above 75 years of age. Uganda would not be here today if the presidential term limits were not scrapped under Museveni’s watch.

The spirit of constitutionalism has been disregarded and the national constitutions are being threatened or amended at will to appease people in power.

President Joseph Kabila has been President of the Democratic Republic of Congo since the assassination of his father, President Laurent-Désiré Kabila January 2001 to date. President Kabila was elected to the office of President in 2006 and he was re-elected to the same office in 2011. His constitutional term of office expired on 20th December 2016. On December 31, 2016, President Joseph Kabila met with members of the Roman Catholic Church and the Political Opposition Union for Democracy and Social Progress (UDSP) in Kinshasha to apparently forge a way forward to avoid a constitutional crisis. It was agreed that the parties work together to organise for the 2017 elections in which Kabila would not be a candidate. Obviously, Kabila did not live up to this promise.

In response, the political opposition leader Francois Muamba is organizing a two-day civil disobedience scheduled for August 8 and 9, 2017 to remind Kabila that there are forces that are willing to stand up for constitutionalism and freedoms.

Opposition leaders have further given Kabila an ultimatum, that expires at the end of September 2017, to declare dates for the presidential election or risk not be recognised as a President of DRC.

As Democratic Republic Congo faces this constitutional crisis, the ruling party in Uganda is mooting to uncap the age limit from Uganda’s Constitution following the removal of the two term limits that barred a President from ruling for more than ten years in office. Before Museveni was voted to the office of the President for the first time, he had ruled Uganda for nine (9) years from 1986 -1995 after a successful coup.

In 1995, under Museveni’s leadership, Uganda ushered in a new constitution. Among other critical pillars, the supreme law provided for a maximum of a two-term presidency and a restriction that bars people who are above 75 years to contest for the presidency. Museveni contested in the first election in 1995 since the disputed 1980 elections that were followed by a five (5) year guerilla war that brought Museveni to power. In 2021, Mr Museveni will have been in power for 35 years. There is a growing fatigue about his overstaying in power. Four elections (2001, 2006, 2011, 2016) have been contested in court and were found not to have been free and fair.

There is a new debate on the removal of the age limit to allow Mr Museveni to contest after 75 years as President of Uganda. While appearing on NBS Television in Uganda, Dr Kizza Besigye, the Forum for Democratic Change (FDC) Presidential flag bearer from 2005 to 2016 said; “I think what will be stupid of us is to fight another war over the same. We need to be smarter this time.” It is believed that Uganda lost over 500,000 people in the war after a disputed election of 1980, which was rigged by former President Milton Obote (RIP).

The age limit cap in Uganda’s constitution is the only remaining and last safeguard that can give Ugandans their first peaceful transfer of power from one President to another if the constitution can be respected by Members of Parliament in Uganda. The dark cloud that is hanging over Uganda’s democracy and constitutionalism is spread even wider and darker over Uganda’s neighbours; Burundi and Democratic Republic of Congo. Presidents Joseph Kabila and Pierre Nkurunziza want to emulate Paul Kagame of Rwanda and Yoweri Museveni of Uganda in a bid to run down their countries’ constitutionalism by extending their rule beyond what is acceptable in their constitutions.

The third term fever is one of the major causes of the continued conflicts in the Great Lakes region.

Democratic Republic of Congo and Uganda are yet to experience a peaceful transfer of power from one President to another since their Independence in the 1960s. Both countries have used violence to remove their leaders from power, in order to have a new leader in office. But both countries are facing a similar problem where their leaders do not want to leave office at the end of their terms of office. Both countries are very rich with minerals, unique vegetation and are tropical nations, but are host to the poorest citizens in the world. These countries also host to some of the undemocratic rulers of our generation and have considered suspending the constitutions of their purported republics.

A peaceful transition could prevent both nations from returning to their violent past and this will provide a new chapter for the future of both countries. But it seems both Museveni and Kabila are choosing to play the hard ball game with their constitutions and citizens.

The agitation to remove a cap from article 102 (b) in Uganda’s constitution if changed it will make Museveni rule Uganda for life. This debate has put Ugandans in a very difficult position considering why Museveni and the NRA rebels took to the jungles and tall grasses of Luwero to fight a war for five (5) years that left over 500,000 people dead.