Uganda’s NGO Bill: Why Are Governments Obsessed With Pummelling CSOs? 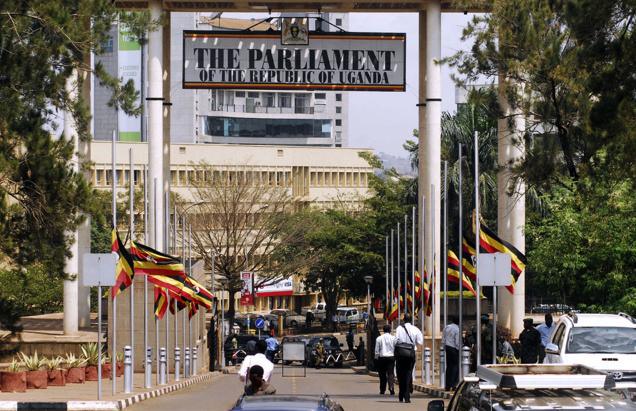 Uganda’s Parliament is at a critical stage as it considers the Defense and Internal Affairs Committee’s report on the Non-Governmental Organisations Bill, 2015. Will they seize this watershed moment and set a major legacy in the protection of civic space and the fundamental association and expression freedoms? Or will they coldly look away from an obligation they swore to uphold and protect?

In October 2010, the Cabinet approved the National NGO Policy raising a number of serious concerns. In an effort to amend or repeal the repressive NGO Registration Act Cap 113, consultations and benchmarking commenced in January 2011.

This process gave birth to the current NGO Bill 2015 that was published in the Uganda Gazette on 10th April 2015 – prompting swift response from Chapter Four Uganda and Human Rights Watch which were quick off the blocks. The object of the proposed law was to repeal the NGO Act Cap 113 and create an enabling environment for NGOs in the country. A close review of the proposed law however, reveals a roll back on constitutionally guaranteed freedoms and standards. It places organisations under the stronghold of the government and negates the very existence of the freedoms of association and expression.

The Bill, inter alia, grants the NGO Board troubling overly broad and vague powers to approve, supervise, inspect, discipline – including blacklisting, revoke permits for virtually any reason, and dissolve any NGO registered under the law by the order of the NGO Board. All these powers are to be exercised without any court oversight. The Internal Affairs minister retains the final appellate powers as expressly provided in the Bill and no adjudication committee is established.

The proposed law further seeks to impose severe criminal penalties – of up to eight years imprisonment – for violations committed by directors or staff of organisations. After a detailed engagement, CSOs in Uganda released a CSO Position Paper demanding for amendments to at least 74% of the Bill.

On 13th May 2015, the Bill was tabled in Parliament and forwarded to the Committee for consideration. After reviewing written memoranda and holding several consultations, the Parliamentary Committee published a largely progressive report which called for major proposals of amendments on the current Bill.

However, as witnessed during the Parliamentary debate on clauses 1-8, elements in government are determined to passionately clutch on anything to fight the report on the floor of Parliament. The several myths about the NGO sector always provide a convenient fertile ground and these need to be detonated to pave way for rational debate.

But the big question the proponents of the Bill ought to ask themselves is why such drastic amendment proposals by a Parliamentary Committee composed of over 20 members – who, I will add, largely belong to the ruling party?

I frankly find it very difficult to comprehend the sense in government trying to crush the NGO sector. Not only does the sector exist in exercise of fundamental, inherent human freedoms free from control of the state; but it also employs an estimate of 500,000 economically active Ugandans.

The sector further provides voluntary, philanthropic, complementary and other support services that immensely support all government sectors; and in the end, overall credit is often extended to the government for providing an ‘enabling’ environment.

Why then would government enjoy pummelling the sector and providing a more restrictive environment as compared to for-profit business enterprises which pay taxes but charge for their goods and services as compared to CSOs?

The reasons often fronted by the state to justify attempts to control of the NGO sector are unfounded. Any concerns with the sector can be amply addressed without requiring passing of restrictive laws and policies. Danny Sriskandarajah, the Secretary General of CIVICUS outlines the top three of these reasons as follows;

“we (government) need to prevent political opposition from using CSOs as fronts instead of contesting party politics”;

we (government) cannot be held to account by a small number of professionalised CSOs with vested interests when our ultimate accountability is to those who elected us”; or

“we (government) have a plan for the development of our nation and (unpatriotic) critics in civil society are undermining our ability to deliver prosperity/security/cohesion”.

Government crackdown of civil society is never really about service or protection of citizens.

Its more about strengthening grip on power and fighting back against any critical review of the state’s democratic, governance, accountability and human rights records by organised groups that are capable of driving the winds of change.

Governments have increasingly become bold in their repression by coercing repressive legislation and policies through Parliament and other relevant government departments to narrow civic space. In Kenya, for example, the NGO Co-ordination Board threatened to unfairly deregister nearly 1,000 NGOs in October 2015. Government only buckled under pressure to have the clampdown called-off.

The Committee on Defence and Internal Affairs has made several progressive amendment proposals to Uganda’s NGO Bill. With this Committee report, Parliament is presented with a rare opportunity to set a standard within the region and the continent on protection of civic space.

What other Members of Parliament now have to do is seize this moment, adopt these amendments, and seek to introduce other progressive amendments to tackle other troubling clauses of the Bill such as dual liability and criminal sanctions for administrative violations in defence of constitutionally guaranteed fundamental rights to freedom of association and expression.

If the amendments are not adopted, passing the current form of the NGO Bill,

“would extinguish the very character of non-governmental organisations and make them puppets of the state. It unjustifiably restricts the space for civic engagement, civic association [and] civic participation in governance and in service delivery.” – Nicholas Opiyo.

On the backdrop of the Bill, the government is currently investigating activities of the Great Lakes Institute for Strategic Studies (GLISS), a Ugandan civil society organisation, for actively participating in the call for free and fair elections and other electoral reform campaigns. After the former Internal Affairs Minister accused the organisation of de-campaigning government programs and actively recruiting youth to join Uganda’s opposition political parties, the Registrar of Companies commenced investigations and is expected to take ‘appropriate’ action including ‘de-registering’ the organisation. These acts are further designed to intimidate other CSOs and force them to practice self-censorship to avoid the government’s wrath.

We must explore all peaceful means to push back against this repression and demand for the respect of civic space and enjoyment of association and expression freedoms.