Home » Governance » What Is The Value Of A Kenyan Life?

What Is The Value Of A Kenyan Life? 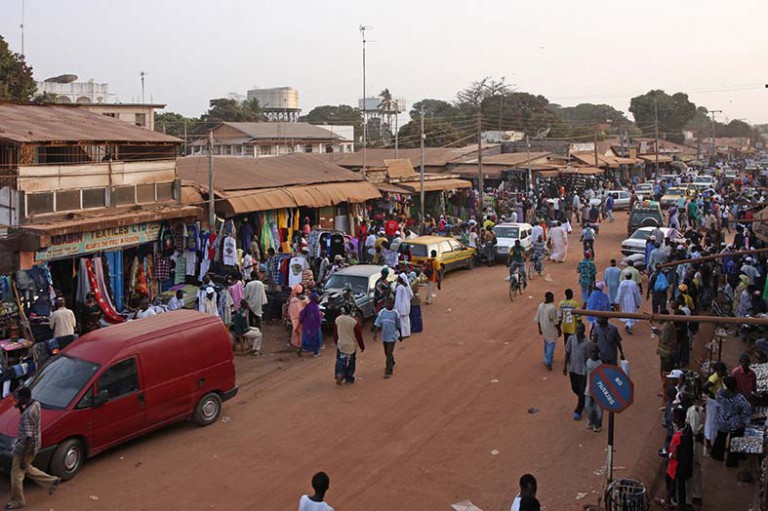 Mythology has it that human life is priceless – this sentiment has been reinforced as long as I can remember and is taken as a basic human truth. It is echoed in the Bible when King Solomon had to determine the mother of a child and did so by ordering that the child be split with each woman claiming the maternity of the child receiving half. The true mother of the child pleaded that the child not be cut in half – she preferred that it be given to the other woman rather than die in such a manner – while the other woman saw no problem with the splitting of the child. The child’s mother got her child due to her acknowledgement of the pricelessness of her child’s life.

Closer home, the pricelessness of a life – especially a Kenyan life – has never been more in question. I am reminded of several times when I have been in a matatu which has been caught on the wrong side of the law, and when stopped by the police, the driver offers a bribe of no more that KES 1,000 and gets away scot free, putting the lives of 14 to 30 people at risk. In this case, the value that has been placed on each of their lives ranges from KES 33 to 71. I am reminded of rumours that Kenyan passports have been sold to non-citizens for as little as KES 100,000. Perhaps some of these buyers go on to commit crimes such as Garissa attack, which kill 147 students. What is the value of a Kenyan life then? KES 680?

I am also reminded of when Pastor Ng’ang’a, a prominent Christian leader, was accused of driving while drunk on the wrong side of the road in a car whose insurance had expired and hitting a car in Limuru, killing a woman and leaving her husband seriously injured. He allegedly fled from the scene of the accident, having been rescued by his friends, and bribed the police to be released (and to cook up a terrible cover up). The story became that the car was being test driven by someone else under a General Dealers License, with valid insurance, when the accident occurred. This goes contrary to all eye witness reports of the accident. This story came directly from the Inspector General of the Police Service, who seemed to have forgotten his mandate to serve and to protect Kenyans. Pastor Ng’ang’a was then hosted on Citizen TV’s prime time TV show to give his side of the story. The victim’s family received no such privilege. I wonder what the value of her life was.

In economics, there exists a measure known as the Value of a Statistical Life (VSL). It is based on several factors, such as health, safety, environmental regulation, attitudes towards risk, wage premiums for risky jobs, among others. This value is a cost-benefit analysis of how much it costs to save a life. In his paper, Variations between Countries in Values of Statistical Life, Ted R. Miller finds that the VSL of a person is usually around 120 times the GDP per capita of the country they live in, with some variation. The GDP per capita of Kenya is US$ 1,358.30 as at 2014, bringing the VSL in Kenya to US$ 162,996 (KES 17,171,547.10). There exist other models to establish the VSL, but few make it so simple to compare countries across the board. Why is it that a Kenyan life is theoretically valued at a price that has not been reflected anywhere in how Kenyans are treated? Why is it that everywhere we look, we are met with signs that we are disposable, that our lives do indeed have a price – and it is negligible?

The normalization of corruption, violence and death has brought us to a place where we have lost our humanity, and our sense of empathy. Certain lives, especially those of poor people, have been thought of as disposable, and as such, when they are lost, be it to terrorism (such as the Garissa attack), we mourn, but we do not dwell. However, when the richer members of society were hit by the Westgate attack, it stuck, because it hurt a group of people who thought themselves immune to terror by virtue of their status and location. The same applies to the most recent teachers’ strike.

Initially, only public schools had been affected by the strike, and as such, the middle class and some of the rich whose children attended private 8-4-4 schools did not feel the pinch until their children were also sent home to join their public school counterparts who are also not learning. Now, everyone is sitting up and taking note of the importance of this strike, and what it could mean for our economy and country as a whole. We cannot ignore the teachers’ point: a salary increment to teachers of between 50 – 60% (12.5% – 15% per year) for four years meets our wage review criteria, indeed, even the TSC had proposed this last year after teachers asked for 100 – 150% instead.

Kenya’s rising inflation also requires teachers’ salaries to be reviewed. The government had budgeted but not paid out to teachers a 4% cushion against inflation between 1997 and 2013. Had this cushion been applied between 1997 and 2009, we would not have had this problem as the teachers’ salaries would be 64% higher. It is cruel of us to imagine that a P1 teacher with a starting salary of KES 16,992 per month should come to school motivated enough to teach our children. Some of them go to work hungry, work in schools that have no resources and endure pupil to teacher ratios of 57 to 1, and are expected to work miracles and ensure these children are well taught and pass exams. What results is the atrocity that is our education system, an altar upon which we sacrifice our children.

84% of our children enroll in primary school, however, only 32% of these go on to enroll in secondary school. Over 250,000 students who sit KCPE fail to transition into secondary schools annually. Yet, we require the education sector’s input if we are to achieve Vision 2030 and stop being a third world country. 60% of those who sit KCSE end up scoring 49% and below (that is a C-), and are unable to transition into higher education. Indeed, those who survive from enrolment in class one to form four are 20%, while those who go on to complete university are only 1.69%. These people who we sacrifice then go on to form a large part of our unemployed workforce (Kenya’s unemployment rate is about 25%). Even when those who complete tertiary education graduate, they largely remain unemployed due to a mismatch between their training and the skills required by the labour market.

These people go on to form the building blocks of Kenyan society, unable to find well-paying work, living in squalid conditions, bitter at an enemy hiding behind the shadows, too large to be properly dissected, and bear children who likely go on to perpetuate this cycle of poverty because of these circumstances out of their control. They get angry at anyone they perceive as an enemy and lash out bitterly when told that this enemy is behind their suffering, as seen during our 2007/08 post-election violence. On a smaller scale, we witness this whenever a pickpocket is caught and necklaced, burning to death over the theft of goods that are worth less than his or her VSL. Yet we do not see how all these things are interconnected – how we keep doing this to ourselves and our country.

We continue to deny ourselves a higher standard of living and development due to our country’s institutionalized corruption. We continue to elect tribal overlords and overpay our legislators while entertaining presidents whose terms are incomplete without grand theft scams (Jomo Kenyatta’s independence land allocation, Daniel Moi’s Goldenberg, Mwai Kibaki’s Anglo Leasing, Uhuru Kenyatta’s NYS among others) all while wondering what we did to spite the earth, because it hates us so. All the while, the value of our lives keeps diminishing, perhaps soon to zero.

By Brenda Wambui from Kenya.