Home » Freedom of Expression » What Would Mwalimu Nyerere Do?

What Would Mwalimu Nyerere Do? 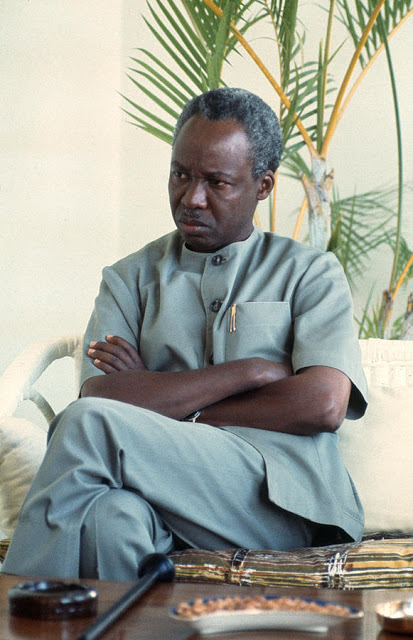 “No nation has the right to make decisions for another nation; no people for another people” – Mwalimu Julius K. Nyerere

What would Mwalimu Nyerere do? Barely a fortnight after commemorating Nyerere Day, the government of Tanzania is about to host the King of Morocco. This is a glaring foreign policy shift from a country that is known for supporting liberation struggles.

Tanzania’s solid stance against Morroco’s colonial occupation of Western Sahara was inculcated in our consciousness as we grew up in the twilight of Mwalimu Nyerere’s regime. I still remember how Willy Gamba, a character in a popular novel, Njama published by the late Aristablus Elvis Musiba in 1981, moved us when he thus described another tough character known as Veronica Amadu:

Two years earlier, in 1979, Mwalimu Nyerere was among the then Organisation of African Unity’s (OAU) “wise” leaders who met in Monrovia to seek an an end to the war. However, the then King of Morocco boycotted. Nevertheless, they “unanimously called for Morocco to call a cease-fire and withdraw from the disputed area.”

A confidential briefing in the US thus captured our clear stance:

“FROM THE TANZANIAN STANDPOINT, THE PURPOSE OF THE MONROVIA MEETING IS TO SEEK AGREEMENT OF ALL PARTIES TO THE IMPLEMENTATION OF THE OAU MONROVIA SUMMIT RESOLUTION REGARDING THE WESTERN SAHARA. AS EXPLAINED TO US, THE RESOLUTION CALLS FOR THE HOLDING OF A REFERENDUM IN THE TERRITORY OF WESTERN SAHARA IN WHICH RESIDENTS WOULD BE ASKED WHETHER THEY WISHED THE PRESENT STATUS QUO TO CONTINUE OR DESIRED SELF-DETERMINATION. HAVING FORMALLY RECOGNIZED THE [SAHARA ARAB DEMOCRATIC REPUBLIC] SADR AS THE LEGAL GOVERNMENT OF WESTERN SAHARA IN NOVEMBER 1978, TANZANIA INTERPRETS A VOTE FOR SELF-DETERMINATION TO MEAN INDEPENDENCE AND THE INSTALLATION OF A POLISARIO BACKED GOVERNMENT IN THE TERRITORY”

The briefing also observed that Tanzania viewed Morocco as the chief impediment to the resolution. It also noted that Mwalimu Nyerere was committed to persuade the King. Yet it concluded:

“WE BELIEVE NYERERE IS ATTENDING THE MONROVIA MEETING BECAUSE OF HIS STRONG VIEWS ON THE WESTERN SAHARA ISSUE. HE REGARDS MOROCCAN POLICY IN THE WESTERN SAHARA AS MISGUIDED, DESTRUCTIVE OF AFRICAN UNITY AND NEO-COLONIAL IN ITS ATTEMPT TO SUBJUGATE THE SAHARAN PEOPLE BY FORCE OF ARMS. NYERERE, CONVERSELY, SUPPORTS POLISARIO AS LEGITIMATE FORCE FIGHTING FOR SELF-DETERMINATION AND INDEPENDENCE OF THE TERRITORY…. FROM OUR VANTAGE POINT, WE BELIEVE NYERERE WILL EXERCISE VIGOROUSLY HIS CONSIDERABLE SKILLS OF PERSUASION UPON KING HASSAN TO BEGIN NEGOTIATION PROCESS AND PERMIT THE WESTERN SAHARA POPULATION TO EXERCISE ITS RIGHT OF SELF-DETERMINATION”.

In 1982 the ‘West Sahara Question’ almost led to the breakup of the OAU. Tanzania came up with a compromise that saved the day. Colin Legum thus documented the process: “The plan, crafted in three months of difficult diplomacy led by Tanzanian President Julius Nyerere, calls for Polisario guerrillas to stay away from an OAU summit scheduled for Nov. 23. This gives Morocco, which now rules the Western Sahara, a temporary diplomatic victory. But the compromise also requires Morocco to agree to a referendum to determine the wishes of Western Sahara’s inhabitants.”

Despite all these diplomatic efforts, Morocco quit the OAU in 1984 immediately after Mwalimu Nyerere was elected the chair of OAU. Mobutu’s then Zaire supported it. According to Clifford D. May of the New York Times, Nyerere “made no comment”. He must have been so disappointed because of the failure to resolve the question.

It is thus ironic that now Mwalimu Nyerere is long gone, Tanzania is embracing Morocco and abandoning Western Sahara. Although they signed a cease-fire agreement in 1991, the question remains unresolved. One only needs to compare this conclusion to a speech the Tanzania’s former Minister of Foreign Affairs, Bernard Membe, delivered to the Parliament in 2013 with our current dispensation:

Membe’s successor, Dr. Augustine Mahiga, seems more interested in Tanzania pending investment agreements with Morocco of about two billion US dollars. After his UN speech on behalf of President Magufuli which called for the decolonization of Western Sahara, he is now preoccupied with how much we can get out of 150 or so Moroccan delegates. His press statement of October 20th is quoted in a government newspaper, Daily News, as saying: “We welcome them and we have no reason of not endorsing our support”.

Little wonder the leader of the ACT-Wazalendo, Zitto Kabwe, is convinced that Morocco is lobbying Tanzania as it attempts to ensure that SADR is kicked out of the African Union (AU) to pave the way for Morocco. His fledgling party has issued a statement, seeking some clarifications and asserting its would march against the King’s visit. The embryonic Tanzania-Sahrawi Solidarity Committee (TASSC) is also using this moment for its advocacy.