Home » Governance » What Would Populist Tanzanians Do?

What Would Populist Tanzanians Do? 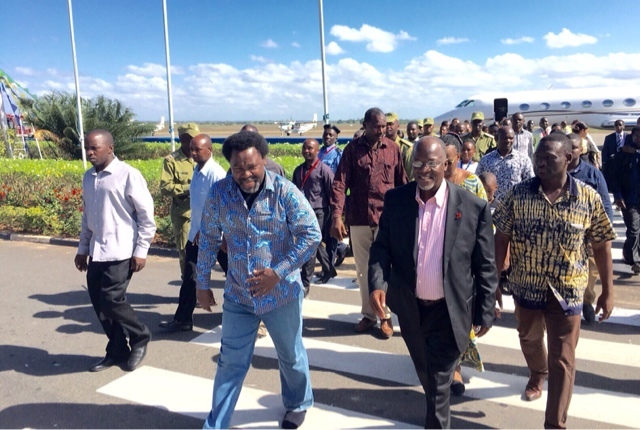 “I’m not a mad man or a dictator” – President Magufuli

By now, after 100 days in office as the President of Tanzania, we can safely say we have an idea of ‘what would Magufuli do (next)?‘ The question, then, is do we know what would Tanzanians do? Or more precisely, what would the populist section of the citizenry do?

Upon reading Maria Sarungi Tsehai’s article on ‘The Rise of the Anti-Establishment‘, I have realized I don’t really know how far the populism in some of us would make Tanzanians go. Therein she aptly notes how the ‘Establishment’ is “unhappy” with Magufuli’s apparent unconventional approach. In her definition of this group, she includes the “ruling and opposition parties, the legislative, judiciary, media, civil society and part of the civil service.”

However, in regard to what this group says, she also asserts that all our “criticisms do not seem to have much effect on the citizenry who continue to support and defend, aggressively, the President.” I partly agree. Hence my query: What would populist Tanzanians do?

What would we, Tanzanians do if the judges misjudge our fellow Tanzanians following the President’s admonition about speeding up their ruling which, if the government prosecutor wins the cases, would enable the state coffers to get trillion of shillings? Or what would we do when our fellow countrymen are falsely or unfairly accused as being caught redhanded and jailed without any due investigative and legal process? If such things happen what would we do?

Are Tanzanians simply going to “defend, aggressively, the President” no matter what? Or are we going to practice our constitutional right – and indeed citizenship duty – to hold the President and the (central) government accountable? If yes, why don’t we start right now?

Of course, some of our fellows Tanzanians have decided, against the grain, not to let ‘populism’ get in the way of ‘calling a spade a spade’. They give credit where it is due, for instance, in regard to the dramatic collection of revenues in the last two months to the tune of more than 2 trillions Tanzania Shillings, a trend which could indeed make Tanzania cut down its donor dependency to 3 percent. But they are also aware that this stellar performance is due to ‘backlog’ hence they cannot shy away from raising the question of ‘sustainability’.

Such critics in the (social) media and civil society (organisation) are hardly part of the ‘Establishment.’ They are actually happy that the President is ‘bursting the boils’ from the Air Tanzania Company Limited (ATCL) to the National Identity Authority (NIDA) and beyond. However, they also feel obliged to query the ‘validity’ of the President’s comparison of NIDA’s national identity cards and the National Electoral Commission’s (NEC) cards for voters.

They are also happy that the President has ordered the Controller and Auditor General (CAG) to conduct a special audit on NIDA and the Prevention and Combating of Corruption Bureau (PCCB) to investigate. However, they recall what happened when such an audit and investigation was conducted on the then Tegeta Escrow account at the Bank of Tanzania (BOT). All they are worried about is a repetition of such a process given that they feel the government did not – and has not yet – gone to the ‘crux of the matter’ i.e. the money that were disbursed to ‘key players’ through Stanbic Bank.

Yet some of those critics are confident that the current CAG is up to the task not least because of his bold statement against “political entrepreneurship” such as the one on selling of government houses that the President is said to have also benefitted from when he was a Minister in the cabinet of former President Mkapa. But, naturally, they cannot be so sure that the CAG would be independent enough.

For them, a clarion call – such as the recent one from Mzee Ibrahim Kaduma – for President Magufuli to ‘repossess’ those government houses is welcomed. However, to some populists the question is whether the ‘Establishment’ has sent Kaduma. Even if it were so, why should anyone shy away from calling for an action that is in line with the President’s own ‘philosophy’ of ‘bursting the boils’?

Even some of the religious among the critics are worried that “Magufuli seems to be convinced that he is on a mission entrusted to him by God.” They have no problem at all with this being his personal spiritual mission. In fact, they are happy that he is ‘shaking and cleaning up’ the ‘corrupt-ed’ country. However, for them the ‘constitutionality’ of our ‘secular’ state is sacrosanct hence it is scary to see signs of ‘messianic zealotry’ raising its ugly head in a society that is so sensitive about the hegemony of religion and fanaticism.

In moments like these, Tanzanians indeed ought to let the President do his job and members of the opposition parties as well as civil society do theirs. We would not be helping our dear Magufuli if we only say the Emperor has and will always have clothes. Doing so is tantamount to being party to the ‘establishment’ of ‘dictatorship’.